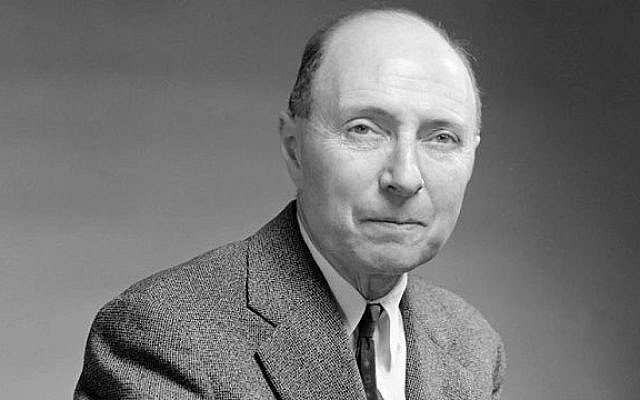 If Isaac Newton summed up the aphorisms of Plato and Aristotle in his student notebook, exactly 300 years later, Eugene Wigner put this notion on its head. Although taking a poetic license, I put Wigner’s words above in quotation marks, I do not know if he ever said those words. What he did say, in essence, was this. Imagine Wigner’s friend performing an experiment, such as looking inside the box with the Schrödinger cat to find out if it was alive or not, thereby collapsing the cat’s wavefunction. Wigner walks into the lab and learns that his friend has looked inside the box and had collapsed the cat’s wavefunction. However, Wigner does not know the outcome of the experiment, and so, for him, the wavefunction remains uncollapsed, and the cat remains in the blurred state of superposition, suspended between being alive and dead. So, what is the truth, asked Wigner?

Let us rewind the clock to the 1930s when the Jewish Hungarian mathematician John von Neumann was puzzling over the meaning of quantum mechanics. He wanted to understand what causes the collapse of the wavefunction describing the evolution of the quantum system. Niels Bohr posited that it was the measurement instruments from the macroworld, such as microscopes or interferometers, intruding into the microworld of atoms and subatomic particles that causes the collapse of the wavefunction. Bohr hypothesized that, since these large objects, such as microscopes, obey the laws of Newton, and not the laws of quantum mechanics, their intrusion into the microworld of tiny particles destroy the uniquely quantum nature of the particles resulting in the collapse of the wavefunction, which is unique to quantum mechanics.

Many physicists did not like this idea, because it smacked of old Cartesian dualism rejected by materialists. However, Eugene Wigner, a Nobel winning physicist, who played a key role in formulating modern quantum field theory based on the laws of symmetry, was a proponent of this idea. Exploring this idea, he asked a difficult question: whose knowledge exactly collapses the wavefunction? He proposed the following thought experiment. Wigner’s friend conducts an experiment while Wigner is out of the lab. Then, Wigner walks into the lab and asks what happened. His friend tells him that he performed an experiment, but does not reveal the result of the experiment. According to Wigner’s friend, he collapsed the wavefunction of the object he measured. According to Wigner, the object is still in a state of superposition. Wigner asked what is the true state of a quantum-mechanical object that according to one observer who measured it is in a definitive state, but according to another observer, is in a state of superposition? This is known as the Wigner’s friend paradox.

Wigner was asking, in essence, if the collapse of the wave function is absolute or relative. In other words, is there an objective reality?

Fast forward to 2018. Caslav Brukner, at the University of Vienna in Austria, devised an experiment to test Winger’s Friend Paradox by entangling multiple particles.

According to Wigner’s idea, his friend performs an experiment on a photon and determines its polarization. The wavefunction of the photon collapses into one of two possible states, and the experimenter writes in his journal that he found the photon to have vertical or horizontal polarization. Wigner knows that his friend performed the experiment, but does not know the results. As far as Wigner is concerned, the photon is in the state of superposition. Wigner then performs the interference experiment and proves that the photon is in the state of superposition, which contradicts his friend’s finding. What is the truth? Can there be an objective reality on which two independent observers can agree?

Last week, Massimiliano Proietti at Heriot-Watt University in Edinburgh and his colleagues performed an experiment designed by Brukner and tested Wigner’s Friend Paradox by entangling six photons. They proved that two contradictory realities could coexist. Eugene Wigner was right; the quantum reality is observer-dependent. In the words of the Lubavitcher Rebbe, Rabbi Menachem Mendel Schneerson, “the knowledge of the observer creates the reality in the object.” (Likuutei Sichos Vol. 38, p. 63).

Let us now revisit Mishnah, tractate Terumot (4:8). This Mishnah discusses a scenario when a trumah fig (trumah is a portion of produce given to a kohen-priest and not permitted for consumption by one who is not a kohen) falls in the basket of regular figs permitted for consumption. The law is, if the ratio of trumah to non-trumah is 1:100 or less, the mixture is kosher, i.e., the trumah gets nullified in the regular food. In the example discussed in this Mishnah, there are exactly 100 non-trumah figs in the basket – 50 white and 50 black. A trumah fig falls in this basket and the question is, whether the mixture is permissible for consumption. See Fig or Rabbi Akiva by R. D. Kagan. There are three opinions on this matter:

The opinion of Rabbi Eliezer is straight forward and easy to understand – there are two sets of figs of different color and a colored fig belongs to one set or the other, not both. It is the opinions of Rabbi Yehoshua and Rabbi Akiva that require explanation. Notably, the Jerusalem Talmud clarifies that Rabbi Yehoshua agrees that, if the color is known, the fig is not nullified. Rabbi Yehoshua, however, says that if the color of the trumah fig was known when it fell in but was subsequently forgotten, the trumah fig is nullified and the mixture is permissible. Rabbi Akiva, on the other hand, says that if the color was known at the time of falling in, it will not be nullified, even if is subsequently forgotten or unknown.

I am going to offer here a slightly different explanation than the one offered by Rb. Kagan. To me, the debate between Rabbi Yehoshua and Rabbi Akiva mirrors the debate about the Wigner’s Friend paradox. The opinion of Rabbi Yehoshua mirrors the opinion of Eugene Wigner that the reality of an object is observer dependent. If one observer does not know the color (or spin, or polarization, etc.) of an object, to this observer the object is in a state of superposition, with its state being undetermined. This is why Rabbi Yehoshua holds that the fig whose color is forgotten is in the state of superposition and does not belong to a particular set of colored figs, but to the entire mixture. Therefore, the ratio of less than 1:100 is achieved. Rabbi Akiva, however, seems to believe in the objective collapse of the wavefunction. From this point of view, once collapsed, the wavefunction cannot be uncollapsed.

While the latest experiment meshes well with the Mishnah, it does not bode well for physics, which is predicated on the notion of observer-independent objective reality. This paradox is easily resolved in the Futuristic interpretation of quantum mechanics proposed by me some years ago (see On the Age of the Universe in the Many-Worlds Interpretation of Quantum Mechanics, in which I briefly explain this novel interpretation and call it “time-relativistic” interpretation of quantum mechanics). In this interpretation, the role of a frame of reference is stressed, and the meaning of the special theory of relativity is expanded to include quantum mechanics. Before measurement, the clock of the observer is not synchronized with the clock of the object, and the wavefunction is identified with the uncertain state because the object is in the future time of the observer. The act of measurement synchronizes the clocks, moving the object into the present moment for the observer. Out of many future possible states, only one present reality actualizes. This is what happens with the collapse of the wavefunction. The collapse of the wavefunction is simply a transition from the future to the present, which we experience every moment.

In this interpretation, there is no paradox and no contradiction between different realities. Although, Wigner’s friend measured the photon’s polarization, thereby synchronizing his clock with the clock of the photon (i.e., collapsing its wavefunction and bringing the photon into his present), for Wigner, who doesn’t know the results of the measurement and who did not synchronize his clock with the clock of the photon, the photon is still in the future. Since 1905, when Albert Einstein formulated his special theory of relativity, it has been well understood that there is no universal “now” and the simultaneity of events is relative to an observer. In this interpretation of quantum mechanics, two realities do not contradict each other; they are simply in different time zones. Thus, my proposed “Futuristic” interpretation of quantum mechanics resolves the contradiction known as Wigner’s Friend Paradox.