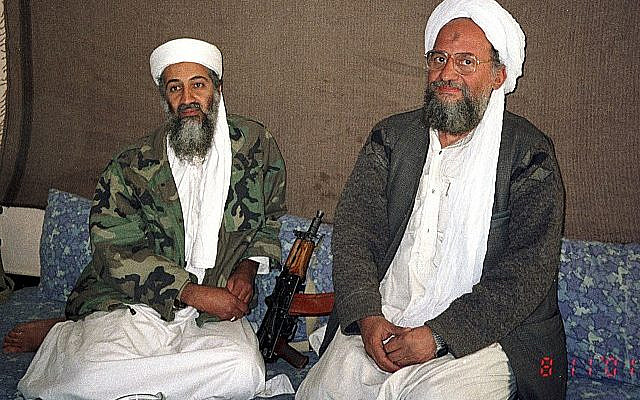 As we near the first anniversary of the fall of Kabul to the Taliban (15th August 2021) and the United States hurried capitulation to a terrorist group, the US has finally killed Ayaman al-Zawhiri in a drone strike yesterday. al-Zawhiri was living in a plush neighbourhood of Kabul where other senior members of the Taliban have also been living since the last year. While the statement of the Secratary of State, Anthony Blinken,  shifts the blame of this attack fairly on the shoulders of the Taliban for violating the Doha accords, the timing of the US’s renewed interest in South Asia is rather interesting.

Not only does Al-Zawhiri’s death come at a juncture where the House Speaker Nancy Pelosi is visiting Taiwan and Asia in general, it is also at a point where a strong defeat in the November mid-term elections will hand the control of the Congress and Senate back to the Republicans and essentially Joe Biden will be a lame-duck President.

Apart from regional geopolitics and China, the most important element in this attack is Pakistan. For decades Pakistan has shared a close relationship with the Taliban, Al-Qaeda and presumably Al-Zawhiri, through its Inter-Services Intelligence (ISI) spy agency. While actionable intelligence may or may not have been provided by Pakistan for Al-Zawhiri’s killing, Pakistani airspace was definitely used for the drone strike, presumably with permission from the highest authorities. This comes at a time where Pakistan is battling its worse economic crisis in modern history, its relationship with its proxy, Taliban, has hit rock bottom and its efforts at negotiating with the Pakistani Tehrik e Taliban Pakistan (TTP), have failed. The TTP have conducted several terrorist attacks inside Pakistan, are aligned with the Afghan Taliban and want the Pakistan government to withdraw their troops from Khyber-Pakhtunkhwa, uniting the Pashtun homeland under the banner of a united Taliban.

In the first half of 2022, Pakistan has ramped up its ongoing efforts to complete
fencing on its border with Afghanistan alongside the Durand Line. The Durand
Line is not recognised by the Taliban, and has not been ever been recognised by
any other previous government in Afghanistan either.

These efforts at constructing fencing on the border have met with considerable resistance throughout the year and tensions have only escalated in the last two months.

Recently, a Pakistan Army helicopter carrying a senior officer was fired upon
from the Afghan side, and a Pakistani soldier who was repairing fencing on the
Durand Line was captured by Taliban forces, apparently because he was
involved in narcotics trafficking. Negotiations for the return of the soldier were
extremely fractious and the Pakistan Army has asked its troops deployed along
the Durand Line to thoroughly inspect all vehicles crossing the “border” and to
monitor and report any breaches in the fencing.

Pakistan has always been anxious to make progress on the fencing but recently
this has become an over-riding priority no matter the diplomatic cost. This
sudden emphasis on border security is a direct consequence of the dramatic rise
in cross-border raids conducted by the Tehreek-e-Taliban Pakistan (TTP)
operating from safe havens in Afghanistan as well as an increase in instances of
urban terrorist attacks in Pakistani cities.

The Islamabad based Pakistan Institute of Peace Studies has noted in a report that Pakistan faced an increase of almost 50% in the occurrence of terrorist attacks compared to the previous year. According to the report the TTP alone was responsible for 87 terrorist attacks. In addition to this, the TTP has begun extorting prominent officials and affluent traders demanding large payments. TTP militants have even threatened senior government ministers in person and are aggressive enough to detonate small bombs near the residences of those who dare to rebuff the outfit’s demands.

This state of affairs has panicked the Pakistan establishment and spurred action.
It is no coincidence that the recent shift in policy has coincided with the danger
moving closer to wealthy Pakistanis and government officials. Pakistanis residing
in the far-flung regions of the nation have long believed that the elites in Lahore
and Karachi viewed the impact that years of conflict have had in places like
Balochistan or Khyber Pakhtunkhwa, as acceptable collateral damage in search
of larger strategic objectives. These remote provinces are economically backward
and often lacking in even basic amenities. Now that wealthy and powerful
Pakistani officials and businessmen are facing personal danger, Pakistan is
making increasingly frantic attempts to secure its cities against the threat of the
TTP.

The unfortunate reality is that Pakistan has already misjudged the danger
involved in supporting and nurturing the extremism of the Taliban without
considering the inevitable ramifications of doing so. The TTP, like the Taliban,
subscribes to an ideologically extreme version of Islam which forbids a wide
range of activities that are perfectly normal in most Muslim majority countries.

In Afghanistan, the Taliban has made it almost impossible for women to lead any
sort of normal life or even appear in public. To foreigners, Pakistan may appear
to be a very conservative Islamic country but that view is not shared by the TTP
which follows a far more extreme version of Islam. The military success of the
Afghan Taliban and the subsequent imposition of its ideology in Afghanistan
have served as an inspiration for the TTP and indeed myriad other similar
groups.

The political instability in Pakistan, coupled with the increasing prevalence of
extremist ideology particularly in already disaffected provinces such as
Balochistan and Khyber-Pakhtunkhwa has created conditions where the
Pakistani state will experience significant difficulty dealing with the TTP and the
various similar groups that have mushroomed all over the country. Pakistan has
for long cynically used various extremist groups to further its political aims. Until
recently, consequences of this policy have mostly been felt in remote tribal areas,
physically distanced from the heartland of Pakistan. With an increasing surge of
terrorist attacks now hitting Pakistan’s major cities, the establishment is
frantically attempting to secure itself against the threat.

Pakistan’s tacit involvement in Al-Zawhiri’s killing will have repercussions, first from the Afghan Taliban who will view this as a betrayal, then from the TTP who will use this as just cause to increase their violence. On the other hand, US pressure must have been immense at a time when Pakistan needs US support for its IMF grants and other help to shore up its economy, after China has all but abandoned it. Stuck between the devil and the deep sea, Al-Zawhiri’s death will have an impact and an echo, regionally as well as internationally.