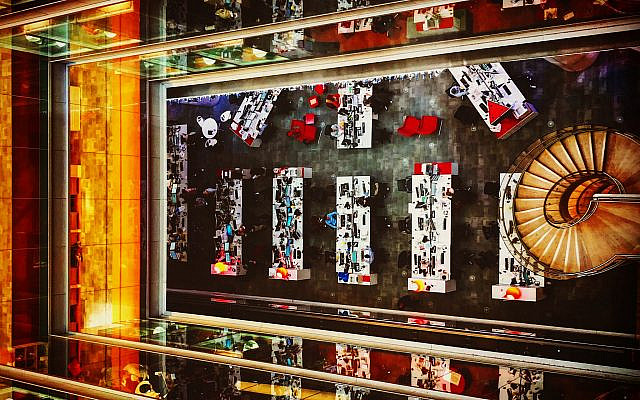 Great disasters can be a time for introspection, freeing up time for questioning what needs questioning and sorting what needs sorting.  The corona pandemic is no exception, and it has exposed some inefficiencies. Among them is the office, one of modernity’s more fraught configurations.

Must we really haul so many people from here to there each day, to deposit them in common quarters, parade them before one another, arrange them in rows and groups and open plans, and cause all this posturing, politicking and pretending? That it’s undignified is clear; corona reveals that it may also be unneeded.

Corporate real estate rentals and the associated costs can account for a tenth and perhaps a fifth of  overall company expenses in the modern world, and even more in the case of firms that occupy fancy fettle near the center of a major world city, certainly in New York.

That’s a significant cost. Eliminating it could enable a startup that loses money (and calls it a  “burn rate”  which sounds expected and strategic) to break even, or a break-even venture to “generate positive cash flow,” or a mildly profitable company to print money. That drives valuations, bonuses, dividends and many other fine things.

In the four months of the crisis, companies of all sizes have adjusted to operating with workers at home.  In some areas of endeavor, like rock concerts, airline travel, retail sales and a handful of unmentionables, this does not work well. But many workplaces, from advertising agencies to technology firms to news media, have continued to function with little evident harm (in the case of the news media, there was admittedly little left to harm).

Some things are even moving at a brisker pace, because international meetings can now be held without the expectation of international travel. This has proven to be an amazing efficiency: it was always more of a way of showing respect towards the more powerful side. If you’re blocked by force majeure from showing this respect, no disrespect is perceived – and a meeting can be arranged, held and concluded in less time than the struggle through security at the airport.

This currently suspended business travel was certainly a perk for many a traveler, but it also caused delays on all sides and imposed a balloon of collateral costs from hotels to inflated bar bills.  It gave rise to the cruel calculation of who gets to not fly economy class, that wretched experience which saves 75% on the cost of business class but confronts homo sapiens of average size with a hazard to health and affront to self-esteem.

(I note that whereas America has gotten used to mostly leading global trends, here this is not so. The assertion that things are proceeding with some efficiency is least true in the United States,   consumed as it is by political and societal difficulties which made the health emergency worse. Still, it will catch up.)

Why, then, maintain offices? What function do they serve? A few come to mind:

These advantages cannot be totally discarded.  And yet, on the other side of the ledger, as anyone who has worked in a large corporate office knows well, sit the stubborn truths that now underpin the new efficiency:

Where does this leave us in the post-corona era, which despite the gift of all these epiphanies cannot come soon enough?

It is always dangerous to use oneself as a gauge of anything. In my case, my preferences in music and literature and politics leave this in no doubt whatsoever. And yet the heart wants what it wants. Mine wants an office away from home, and also an office inside the home, and a splitting of my time between the two.

Does this align with the wisdom of the crowd? I put the question to my friend, American economist James Gutman.

“The office is going to be a hub for workers to drop into as needed, like the library or lecture hall on a university campus,” said Dr. Gutman, who has worked with Ford, Goldman Sachs, and hedge funds in London.  He predicts this will make hub cities critical, requiring “lots of intercity transport, allowing people to live in the countryside but go to the hub when needed.”

Few people have gotten rich listening to economists, much less journalists. But if these instincts are anything to go by, we are headed toward smaller corporate offices, a revival of shared workspace companies like the currently beleaguered WeWork, and a whole bunch of smart alecs shorting commercial real estate.

And what about all those business hotels? They can always become shared workspaces. Or palaces for dictators, which may also be a thing that’s on the rise.