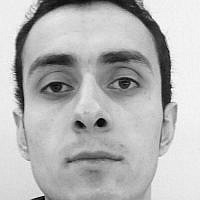 The Blogs
Hamid Bahrami
Apply for a Blog
Advertisement
Please note that the posts on The Blogs are contributed by third parties. The opinions, facts and any media content in them are presented solely by the authors, and neither The Times of Israel nor its partners assume any responsibility for them. Please contact us in case of abuse. In case of abuse,
Report this post.

The challenge the Islamic Republic now faces is that the regime cannot reinstate the wall of repression.

As Iran has now entered the fourth month of widespread protests, the regime’s oppressive forces, particularly the Revolutionary Guards (IRGC), have failed to fully reinstate the atmosphere of repression across the country. However, the ruling theocracy is a survivalist regime with experience in successfully exploiting international cleavages in order to navigate sharp bends.

Although the dust has partially settled, signs indicate that Iran has already entered a revolutionary situation as the current protests, despite old extant defects, made significant gains. In the conflict between regimes and revolutionaries, revolution and a change in the political system is not always the end result.. There can be four scenarios, including large-scale repression, political compromises, making a deal for a peaceful transition of power, and revolution. All these scenarios rely on dependent and independent variables divided into the following two axes, which each have four elements, plus the international condition:

Whether Iran is in a revolutionary situation, it is necessary to consider that social, political, economic and environmental crises have pushed the Iranian generation Z and the Iranian lower classes onto the streets. While any criticism of the luxurious lifestyle of clerics and their families is met with brutal repression, in the long term, neither bullets nor mass arrests can stop people from protesting against the status quo.

When the affluent ruling class is riddled with corruption and the ruling system can no longer deceive people, while international pressures make it difficult or security organs to reinstate the atmosphere of fear, people do whatever they can to tear down the wall of repression, giving courage to the silent majority to join protesters. Such is the situation today in Iran’s society.

Considering the first element of the second axis, there is tremendous dissatisfaction with the governance in Iran. The theocracy has ruled the country by reactionary Sharia law, suppressing women, minorities, and ethnicities such as Kurds and Ballochies. The economic crisis caused by systematic corruption is one of the main catalysts pushing people to protest against the status quo. According to a survey, the head of the organization representing the regime’s supreme leader in the country’s universities said that 83 percent of the people are dissatisfied. This massive dissatisfaction is proven as brutal repression has failed to prevent one of the most significant achievements of the current protest movement, prolonged protests that have continued for over a hundred days. Similar to the green movement in 2009 and insurgencies in 2018, and November 2019, the current protests lack specific leadership and organized opposition. In order to justify its brutal oppression, the Iranian regime links protestors to Israel, the US, or some dissident groups abroad, who opportunistically claim that they are behind protests. There is no evidence that opposition groups outside of Iran have sufficient capabilities to organize such protests, as neither their symbols nor slogans have yet to be heard across Iran.

Contrary to previous waves of nationwide protests, ongoing anti-regime protests have achieved much more, including relative international support, Starlink Internet for future protests, and the convergence of the Iranian Diaspora.

The Tony Blair Institute highlighted the result of its survey that Iranian people have undergone secularization and liberalization faster than any society in the Islamic world, as 84 percent of people want to live under a secular state. Such statistics indicate that the current protests are providing a framework for forming a revolutionary ideology based on liberal values and denouncing political Islam. In relation to the fourth element of the second axis, such a development is the most momentous achievement of the Iran revolution. However, it still needs to be theorized.

Regardless of the regime’s legitimacy crisis, one of the factors that helped the theocracy cope with the crisis of governance in the first decade of its existence was the Iran-Iraq war. After the end of the war, the level of the regime’s illegitimacy in society reached such a level that some high-ranking officials realized that the system was gradually experiencing a crisis of governance. In the second half of the 1990s, the theocracy leadership created a reformist branch to cover up the political crisis for another decade. However, suppressing the Green Movement ended all illusions about reforming the system. Today, based on the result of several independent surveys, what is happening on the streets of Iran, and a secularization shift within Iranian society, the theocracy has lost its legitimacy due to the destruction of pillars on which it has been established since the beginning of its existence.

The Iranian regime’s crisis of efficiency has its roots in its constitution. Inefficiency in resolving political impasses, social turmoil, and economic crises accelerates the collapse of any political system. Economically, the theocracy has failed to provide the basic needs of the people. The value of the national currency is falling every day and has become one of the most worthless currencies in the world. According to various statistics, the inflation rate varies from 40 to 100 percent; while about 65 million Iranians live below the poverty line, the regime is wasting the country’s scant resources to fund Hamas and Hezbollah.

Regarding foreign policy, the regime has been isolated with no friends, and the harshest sanctions have been imposed against it.

From the social security point of view, society is riddled with corruption, and the lack of adherence to ethics and human standards has reached an alarming state. The regime has also failed to manage and prevent environmental disasters. Considering the axis relating to the ruling political establishment, the Iranian regime has so far kept its internal political unity relatively stable, which critically affects preserving security apparatuses efficiently. However, a game-changer incident like the death of the Supreme Leader, Ali Khamenei, and competition on the third leadership could break the regime’s political unity and, subsequently, the security forces.

One of the most critical variables is the international condition for regime change in Iran. Those western politicians who seek a non-nuclear, united, and democratic Iran should convince their governments to restart the maximum pressure campaign on the theocracy on the one hand and, on the other hand, help the peaceful protesters to break the wall of repression. Even though the current conditions for regime change are increasingly gloomy, an enormous development is that even with the differences between protesters, prolonging each wave of protest and the decrease in the time interval between protests will cause them to become organized over time. Thus, by weakening the regime, the leadership of the ongoing revolution will rise inside the country.

Although sentencing more protesters to death, the challenge the Islamic Republic now faces is that the regime cannot reinstate the wall of repression. As a result, newborn armed or unarmed groups will wipe out the regime in the long term.