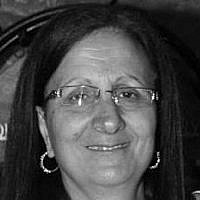 The Blogs
Lea Suissa
Apply for a Blog
Please note that the posts on The Blogs are contributed by third parties. The opinions, facts and any media content in them are presented solely by the authors, and neither The Times of Israel nor its partners assume any responsibility for them. Please contact us in case of abuse. In case of abuse,
Report this post.

In recent months, there has been much media speculation about whether Morocco will recognize the State of Israel following the Abraham Accords.   Off the record, an Israeli government minister even noted that Morocco is likely to recognize the State of Israel, after Saudi Arabia does so.  And now, there are reports on Channel 12 that a high-profile Moroccan security delegation visited Israel and agreed to cooperate with the Jewish state on a series of issues.   However, is Morocco truly on the verge of recognizing the State of Israel?

Since 2011, the Moroccan Parliament has been dominated by the Islamist Justice and Development Party.   To prevent the country from falling to the Arab Spring Protests, Morocco’s King Mohammed VI ceded some power to the parliament and the country’s elected representatives.  In recent days, the head of the Moroccan government, Saad Eddine Elthamni, who is the leader of the Justice and Development Party, stated, “We refuse any normalization with the Zionist entity because it encourages it to go further in violating the rights of the Palestinian people.”  While the king is still above Elthamni and he only represented his position as the head of the Justice and Development Party, the fact that the Moroccan Parliament is controlled by an Islamist party does complicate things for the king if he decides to recognize Israel.

Traditionally, Morocco has supported the Palestinians.  It is important to note that the Moroccan King is the chairman of the Al Quds Committee, which champions Jerusalem as the capital of a future Palestinian state.  In 2018, King Mohammed VI wrote a letter to Trump, expressing his deep concern regarding the fact that he recognized Jerusalem as the capital of the State of Israel.  Although Morocco’s constitution recognizes the country’s Jewish heritage and Morocco permits Israelis to visit the country, the two countries still do not have formal diplomatic relations.

Samir Bennis, writing in Moroccan World News, claimed: “Morocco has no interest in normalizing its ties with Israel at the expense of the Palestinians.”  This is best illustrated by the fact that Moroccan blogger Jacky Hugi was threatened and persecuted by the Moroccan state media due to her desire to see Morocco establish diplomatic relations with the State of Israel.  Nevertheless, could this change if Morocco were offered international recognition over the Western Sahara in exchange for recognizing Israel?

One of the major reasons why Morocco does not enjoy good relations with the Islamic Republic of Iran is because the Iranian Embassy in Algeria maintained good ties with the Politisario Front, a rebel national liberation movement seeking to end Morocco’s control over the Western Sahara.   According to various Moroccan sources, Iran was providing the Politisario Front with training and sending Hezbollah fighters to help them.   As a result, Morocco severed its ties with Iran.   Thus, one must ponder, if Morocco is willing to sever ties with Tehran over the Western Sahara issue, why would it not recognize Israel to get more support for their position there as well?

Furthermore, aside from the fact that Morocco is opposed to Iran, the Middle East Eye recently reported that Morocco placed restrictions on Turkish goods, leading some to speculate whether Morocco has joined the Saudi boycott of Erdogan, which would thus make Morocco a strong ally of the Persian Gulf states.   Already, the GCC countries recognize Morocco’s sovereignty over the Western Sahara and provide the country with economic assistance, while Morocco has assisted Saudi Arabia’s struggle in Yemen.   However, if Morocco joined a Saudi boycott on Erdogan, this also means that Morocco’s king is moving further away from the Muslim Brotherhood.  Such a view is backed up by a report in the Financial Times, which claims that the king has been trying domestically to undermine support for the Justice and Development Party by clamping down on opposition and trying to return more authority to the palace, thus effectively undoing the 2011 reforms.  If the Justice and Development Party is sidelined, then it would be easier for Morocco’s king to recognize the State of Israel.

However, the king is unlikely to take the risk of stirring up more opposition to his rule, unless he gets something tangible in return, such as US recognition for Morocco’s claims over the Western Sahara.   This means that if Trump is re-elected, then Morocco will likely recognize Israel for they would get something tangible in return.  However, if Biden is elected US President, a Moroccan Israeli peace agreement will be unlikely, for Biden is unlikely to recognize Morocco’s claims to the Western Sahara in exchange for them making peace with Israel.

About the Author
Lea Suissa is a Morrocan Jewish human rights activist, who made Aliyah to the State of Israel when she was a teenager. Before she retired, she worked for the Israel Defense Forces. Since she retired, she has been actively involved in compiling testimonies from Morrocan Jewish female refugees in Israel, so that their testimonies will not be lost to the history books.
Related Topics
Related Posts
Comments