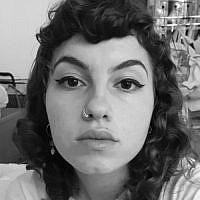 The Blogs
Talia Helenei Goldsmith
Apply for a Blog
Please note that the posts on The Blogs are contributed by third parties. The opinions, facts and any media content in them are presented solely by the authors, and neither The Times of Israel nor its partners assume any responsibility for them. Please contact us in case of abuse. In case of abuse,
Report this post. 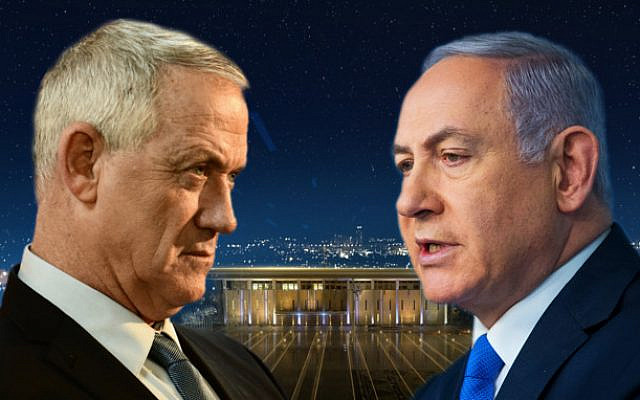 On March 2nd, the people of Israel will vote in the general elections. This would be the third round of elections since April 2019. Once again, Benjamin Netanyahu and Benny Gantz are competing for prime minister. In the previous rounds, neither one of the candidates has succeeded to form a government. Thus, Israel is ruled by a temporary caretaker government, that does not have the Knesset’s mandate, with Netanyahu as prime minister.

Furthermore, Netanyahu is neck-deep in investigations, being charged for bribery, fraud, and breach of trust. None of the above interferes his government taking dramatic steps and decisions. Netanyahu has to win the elections in order to pass immunity legislation and avoid prison. And so, in this election campaign, he pulls all of the rabbits out of the hat. Starting, of course, with Donald Trump’s notorious “Deal of the Century”. According to the Trump peace plan to resolve the Israeli-Palestinian conflict, Israel would annex the Jordan Valley and settlements in the West Bank, with American recognition granted.

American willingness to recognize the occupied territories is, without a doubt, a historic event in the regional politics, one that ordinarily would have been a likely game-changer for the voter. In reality, the polls have not changed, and there is little to none alternation between the two blocks. Oddly enough, it seems as if political events are a none-issue in terms of public opinion.

For the past few years, the one controversy that dominates Israeli politics is “Yes Bibi; No Bibi”. To Bibi, or not to Bibi, if you may. The Israeli political sphere has polarized into these two ends. Both the supporters and opposers are fortified in their political groupuscule. The Israelis vote by their sense of belonging, rather than party platforms, policies, parliamentary work, and so forth.

Normally, when neither of the leaders of the largest parties succeeds to form a government, a national unity government is established, let alone in a second-round elections. And still, neither sides agreed to sit with the other in a coalition. Perhaps, this reality is a testimony of the personal, “Bibicentric” political culture in Israel.

Consequently, for both Netanyahu and Gantz, forming a unity government would be perceived as betrayal in their public of voters. It is the basis of the campaign led by

“If you don’t vote – Netanyahu is prone to overpower”.

Netanyahu has been serving as prime minister for the past 11 years. His time in office is referred to as “the Age of Netanyahu”. He himself is described in titles such as “King”, “Caesar”, and, of course, “The Magician”, by both wings. Quite a mythical creature.

Even after years at the top of the political pyramid, many consider him a folksman who will fight the Ashkenazi élite for them, a corrupted élite he is a part of, to say the least. The vast majority of the voters were born after the World Wars. Democracy is the only thing they know. Ergo, democracy is seen as a given, a law of nature, and the crumbling of the democratic system is observed in apathy.

The people remain silent, and Netanyahu remains in office. A bill of indictment floats over his head, a semi-legitimate government lies in his hands. Via immunity legislation, Netanyahu desires the people to bestow a crown upon him. He is above law.

Will Netanyahu cross the Rubicon? Or is it going to be the Jordan River? Will Israel have a fourth round of elections?

About the Author
A nice jewish girl from Jerusalem. Lives with Johnny, a gifted dog with very soft fur, also jewish. A writer, a baker and a meshuggener.
Related Topics
Related Posts
Comments