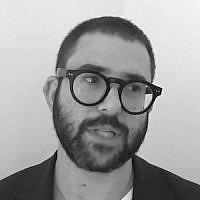 It is no exaggeration that some of Donald Trump´s decisions, wisely executed wrong timing, is wrong by default because the decisions made by Trump has been made by Trump and not by likeable people as Bill Clinton, Barrack Obama or Bernie Sanders.
His moves on Jerusalem and UNRWA makes this case. The US recognition of Jerusalem as Israel’s capital was not made by Trump. It was made by The Jerusalem Embassy Act of 1995 which is a public law. The proposed law was adopted by the Senate, and the House. The Act became law without a presidential signature on November 8, 1995. Act recognized Jerusalem as the capital of the State of Israel and called for Jerusalem to remain an undivided city. Its purpose was to set aside funds for the relocation of the Embassy of the United States in Israel from its location in Tel Aviv to Jerusalem, by May 31, 1999.

What Donald Trump did, especially since the United States decided to abstain in United Security Council resolution which stated that the Wailing Wall was occupied, was solemnly not to just to correct revisionism but to execute a 20 year old decision that should have been executed by May 31 1999.

The same goes with the policy of UNRWA. I had the privilege to listen to Einat Wilff, a former israeli parliamentarian that recently released a book on UNRWA:s liability to peace when she visited Stockholm. Like her I have no problems of the recognition of the state of Palestine if it is done on legal foundations and if it comes with carrots in combination with putting demands on that state. But Sweden has recognized Palestine while continuing to pay for Palestinian refugees in their own recognized country(!). This is where you notice that idealism, the need to be liked and loved by everybody, don´t necessarily go hand in hand with logic.
As shown by Calev Myers in his piece from 2012, Foreign aid to Palestinians: Where has the money gone? the Palestinian Authority has been the recipient of 25 times more financial aid per capita (considering current inflation) than the citizens of Europe received under the Marshall Plan following World War II.

While one surely can criticize continuous Israeli left and right wing governments for overspending money and budgets on settlements in the West Bank and Gaza over the years while not paying equal attention to the north, south and the development of Negev, the Jewish people rose from the ashes of the dead and within a few years built a state of their own. It was a small state, full of imperfections and future challenges. Yet they built a state, with a government that took care of the ones in need. They did not let their own faith and destiny be decided and dependent on multinational organizations for continuous cash flows and ever lasting spending. The newborn Jewish state took charge of their own lives. Donald Trumps paradigm shift of saying “no more” to UNRWA and other aid organizations that purpurate a problem, rather than fixing it, is the one initiative that is needed. My only fear is that it is coming from Donald Trump and not from a likeable person.

Democrats, Liberaltarians and Republicans alike that wants to cease American Foreign Aid should take notion of what Trump did with UNRWA…. There are no free lunches.