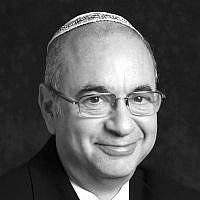 The Blogs
Shlomo Gewirtz
?עולה חדש רוצה לנסות את העברית -- יש לך דקה
Apply for a Blog
Please note that the posts on The Blogs are contributed by third parties. The opinions, facts and any media content in them are presented solely by the authors, and neither The Times of Israel nor its partners assume any responsibility for them. Please contact us in case of abuse. In case of abuse,
Report this post. 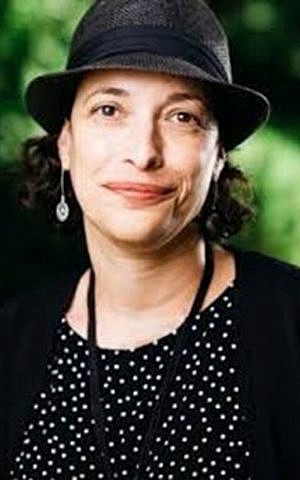 EVEN THOUGH Tehila Friedman is running on the #38 spot today in the party of Blue and White, Zvi Friedman, her father, is not sure which party to vote for. This is not the first time he’s in a pickle.

I happened to meet him last year in Jerusalem, the two of us munching matzoh before the first election back in April ’19 at his daughter’s Pesach lunch— Tehila, together with her husband and family, are my next-door neighbors who host me every so often on Shabbat and Yom Tov. When her own parents from the other side of the city were seated alongside me I wondered out loud—’what was it like to be the father of a candidate?’

“So I want you to know first of all that I’m proud of all my children,” he responded before telling me of Tehila’s long-time work in behalf of women, for the Diaspora, the great city of Jerusalem, and then, the State of Israel. He glowed with pride that she’d been picked to run for the Knesset and how much he enjoyed going to rallies and parlor meetings where she spoke in behalf of the party. I was moved, as you might have been, too, to hear these words. As our chat came to a close, I said to him “then I’m sure you’ll be voting for Blue and White, right?” He paused, looked me straight in the eye, and with the broadest of grins that hinted at the shock to come, said to me, “you must be crazy.”

Later on that summer, while I was visiting New York, I told over this story and found that everyone loved it. So when I returned home, I  made it a point to follow up and see what would happen now that a third election was upon us with Tehila for the third time on the ticket.  Would her father continue to vote against her party and, thereby, lessen his daughter’s chance to succeed? We caught up with each other last night by phone.

“I don’t know what to do,” he began.  “If you have some advice that would help me, I would be forever in your debt.” I took out a pen to jot down his words of desperation, but they were pouring out so fast for me to catch them—his cup of pessimism, overflowing, just wouldn’t stop.

He despairs, first and foremost, at a spirit of intolerance which he says today governs society and a rabbinate which, he claims, refuses to deal with this issue seriously. He also believes whatever happens today, Good God, we are headed into the storm of a fourth election! And that he dislikes Bibi was only the beginning of his antipathy to Likud and to any party that would press for the Prime Minister’s continued leadership. That he doesn’t like Blue and White centers around what he sees as their disingenuous approach to Shabbat in the public square and its refusal to engage in a way that would bring honor to a Jewish State. That said, here, in this area, he hopes, his daughter will be a force for change. A silver lining, maybe?

Rabbi Joseph Soloveitchik wrote, “The greatness of man―his dignity and his creativity―is expressed in his freedom of will and his ability to choose.” But what if the choices we’re given only torment us?? What to do?? Whoever said, ‘it’s not easy being a parent’?

“Used to be,” Zvi reminisces, “I would leave the synagogue on the morning of Election Day and then head straightaway to vote. But in these last elections, I go later and later because, well, I can’t make up my mind. I can’t decide. And this kills me. Really. I believe that tomorrow I will vote for the first time at night.”

About the Author
Apart from the time he spends as a story coach, Shlomo Gewirtz is a writer and performer in Jerusalem. His one-man show, "The David Moment," will reopen at the Hotel Yehuda after the חגים.
Related Topics
Related Posts
Comments