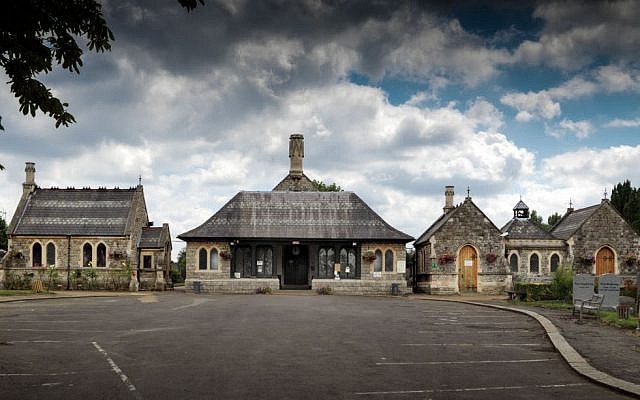 As a city editor of national newspapers for several decades I must admit that, however sad the occasion, I have always been uplifted by visits to the Willesden Cemetery. The noise from the bus station nearby may be distracting, parking difficult and the prayer hall was leaky and in need of restoration.

That is something which is now happening with the grant last year of a £1.7m Heritage Lottery Fund grant, which is enabling the ground to be open to the public and the establishment of educational and museum facilities through a ‘House of Life.’

At this time of the year, as Jewish families across the country visit the burial places o f family members ahead of the Yamim Noraim (High Holidays), I suggest they look around them and reflect on the life stories of those around them. I know, for instance, that when I visit the Meadow View Jewish Cemetery high up on the downs above Brighton, with a milky blue vista over the English Channel, there is much to dwell upon.

As well as several generations of my own relatives, there are rabbis, cantors and teachers who were an inspiration to me when I was growing up. They lie alongside stones commemorating heroes of the Shoah and plaques in memory of young men from Brighton and Hove who laid down their lives for their King and country.

Willesden has a special dimension for me. Among the burial stones it is possible to trace the roots of some of the nation’s great commercial families. It goes without saying that there are Rothschilds galore. But who remembers these days that Marcus Samuel, Lord Bearsted, founder of Royal Dutch Shell, the largest company quoted on the London Stock Exchange, is among those buried there.

He lies in Willesden along with Sir John Cohen, who 100 years ago founded Tesco. Also among the buried are Lord Weinstock, creator of the General Electric Company, much of which now forms part of BAe Systems.

There are countless property tycoons including major figures behind Land Securities and British Land, as well as members of the Wolfson and Sieff retail dynasties.

There is a tendency in our community to undervalue the great contribution Jews made and continue to make to 20th- and 21st-century jobs and prosperity. There has a curious remainder of this month with the relegation of Marks & Spencer, the retailer most often associated with the Jewish community, from the elite list of FTSE 100 companies. This was after its stock market valuation fell to £3bn.

M&S has long been a community favourite partly, because in the earliest days of Israel, it pioneered the import of fresh foods from the struggling Jewish state to the UK. It is among the reasons why so many of the 150,000 army of M&S private shareholders are Jewish – even though the Marks and Sieff family leadership disappeared long ago.

M&S may be struggling but other Jewish family dynasties are thriving. Great Universal Stores (GUS) may have been broken up in the 1990s and noughties but (Lord) Simon Wolfson is keeping the flag flying at Next.

It is the UK’s most successful clothing retailer, which now has a market capitalisation of £8bn. Another outgrowth of the former Wolfson collection of brands, Burberry is Britain’s most successful luxury goods emporium. And Tim Steiner, scion of the Elemis cosmetics and beauty empire, is founder of online shopping champion Ocado.

At Willesden, it is possible not just to reflect on commercial triumph but on intellectual achievement too.

The scientist Rosalind Franklin, a strong candidate for display on the new £50 banknote, is among the interned.

The cemetery’s restoration to glory is a fitting recognition of British-Jewish contributions to society, well-being and prosperity.