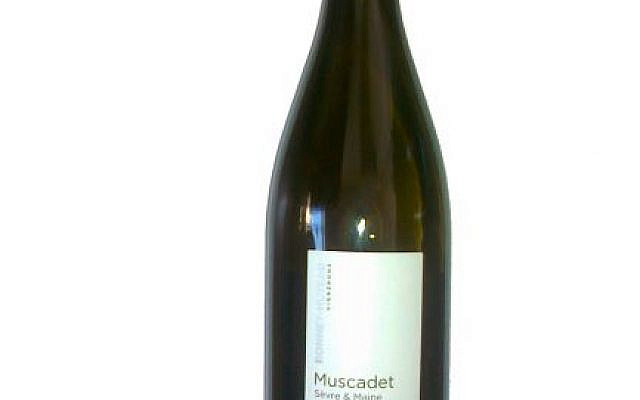 France is a country defined, in part, by its beautiful rivers.  And each river is associated with a city, a culture a place or places and each has been celebrated by singers, writers and painters.

The length of the Loire, Public domain from the French National Geographic Institute.

The Loire river basin with all of its tributaries. In the public domain with thanks to Wikimedia.

The Loire and its many tributaries nourish fully one-fifth of France itself. It is at once a mountain stream, a majestic and beautiful river and an important estuary.  The river rises in the high plateau of the “massif central” and flows through Nevers, Orleans, Tours and gives its life to the Atlantic Ocean in Nantes (and next-door) St Nazaire.  Along its way it nourishes vineyards of all kinds, continental and Atlantic.  Among it’s most unique vineyards are the ocean-informed vineyards of Muscadet near the beautiful city of Nantes.

Muscadet was more popular years ago than Sancerre, Chablis, Pouilly Fuisse or Pouilly Fume (not to be confused with the former).  It has fallen from fashion. But, as the fashion spotlight has moved from Muscadet it has allowed the growers there to concentrate on quality not on fashion and the results today can be stunning.  A perfect illustration is the superb Muscadet “Les Dabinières” sur lie 2020 by Bonnet-Huteau, a 150-year old family estate.

Grown with full respect to nature (biodynamics) and vinified traditionally (some of the wines are vinified in amphorae) from the region’s unique Melon de Bourgogne  grape variety ((confusingly named as are many grape varieties), the wine is a laser-focused white with a wonderful grapefruit and sage aroma and flavor.  No simple wine, this! Totally delicious and perfect in summertime with seafood and fish or all kinds.  In Israel, the wine is imported by the brilliant Uri Caftory.

Domaine Bonnet-Huteau Muscadet (Sevre et Maine) sur lie, “Les Dabinieres” 2020 is available in limited quantities in many markets for $20.00 or less in equivalent currencies.    The wine is not certified Kosher.

About the Author
Martin Sinkoff made Aliyah to Israel and moved from New York to Tel Aviv in 2019. Sinkoff has had a long and successful career in the wine trade in the United States and France. He has lived in many places in the United States, including twenty years in Dallas, Texas, and many places in France. Martin moved to Israel from Manhattan (where he was born). He is a past president of Ansche Chesed in New York and a very active member of Kehilat Sinai in Tel Aviv. You can read more about him on his website www.sinkoff.com and of course here at Times of Israel. The background photograph is a view of vineyards in the Judean Hills wine growing district of Israel, one of Israel's best appellations.
Related Topics
Related Posts
Comments
Advertisement