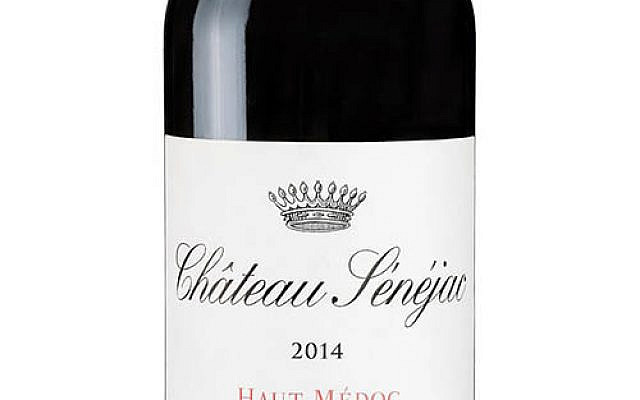 Chateau Senejac. Courtesy worldwineestates.com. The vintage discussed in this article is 2016.

Charles de Guigne (b. 1939) was a colorful personality from a storied family.  His great-grandfather, Count Christian de Guigne, emigrated from France to the United States in 1879, married Mary Kathrine Parrott, and co-founded the Stauffer Chemical and Leslie Salt companies with funds from his father-in-law, John Parrott, a banker and real-estate developer (thought to be the wealthiest man in California in the mid 1800s).

Charles de Guigne left his family’s business in California in 1976 and moved to France to manage Chateau Senejac in Bordeaux which his family-owned since the mid-1800s. De Guigne knew little about managing a wine estate at the time. He enrolled at the University of Bordeaux and studied under Emile Peynaud, one of France’s greatest oenologists, professors (and wine philosophers).

In 1983 he promoted a young New Zealander, Jenny Bailey-Dobson, to become winemaker, another courageous move.  Bailey-Dobson was among the first female winemakers in the Medoc.  She managed the winemaking at Senejac and left in 1995 to return to New Zealand (where she has a brilliant career) with her charming husband, Charles Dobson, a wine merchant, and their three children. In 1999, the de Guigne family sold Chateau Senejac to the Cordier family, another great winegrowing and merchant family in Bordeaux, owners of the grand cru classe Chateau Talbot (St Julien, Bordeaux).  Chateau Senejac is now managed by Nancy Bignon Cordier and her husband, Jean-Paul Bignon and their children.

Charles de Guigne was both 100% American and 100% French.  Although a French aristocrat by blood he was American in spirit (open-minded, generous and curious about life) and he spoke French with an American accent.  He died in 2017 in California and left his considerable fortune to many different charitable organizations.

Chateau Senejac is located just outside the appellation of Margaux.  And it bears many characteristics of its “neighborhood”: class, elegance and grace.  Were the 1855 classification of Bordeaux wines to be reconducted today it is not unlikely that Senejac would be promoted into the family of classified growths.  Blended from around 60% Cabernet Sauvignon, 30% Merlot and the balance Petit Verdot and Cabernet Franc, Senejac is, like the de Guigne family, an expression of the nobility of Bordeaux with an open American mind.  2016 was an exceptional and classic vintage in Bordeaux.  It is a great vintage like other great vintages of its kind: 1986, 1990, 1996, 2006 and 2010.  In short, the wine is spectacular and delicious.

Pair this beautiful wine with grilled salmon or beef, roasted chicken or turkey or, as usual, with whatever, whenever and with whomever you like!

Chateau Senejac is not Kosher.  Available in many markets for $30 or equivalent (or less in some markets).