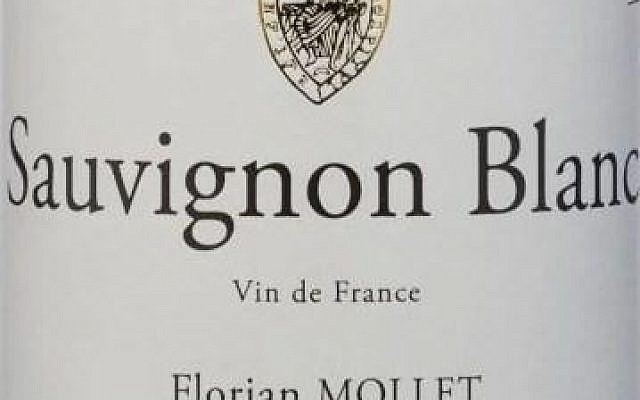 In 1900, Edouard and Andre Michelin (brothers) published a guide for French motorists. They acted both in the interest of the common good and in their own: they were (and the company is, of course, today) tire manufacturers and the brothers wanted to promote the use of their tires and encourage the use of automobiles. 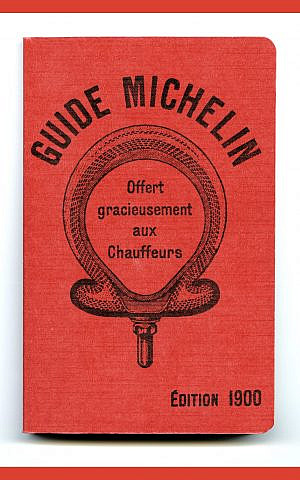 Michelin Guide 1900. Given to drivers free of charge! Image courtesy of alamy.com.

The guide was originally created to provide helpful tips to motorists about their cars. In 1926, restaurant reviews were added with an iconic and absolutely elegant system based on three simple stars. (In today’s world we must suffer with 100 point ratings and scores, thoroughly philistine and dreary).

During most of the 20th century, motorists in France drove along a carefully planned series of national roads, each numbered and most having their point of origin in Paris. Kilometers along the road were measured from the place de Notre Dame in Paris which was kilometer 0. These roads were two-lane highways which were both very beautiful and also dangerous. Each road passed through the center of a town on its way and so the road and the life of the town were married in important ways. Route Nationale 7 (each road was numbered, tres francais) is among the most famous of these roads. Starting in Paris it moves southeast through Burgundy, the Rhone, Provence and ends near Marseille.  “PLM” was its nickname (“Paris Lyon Marseille”). RN 7 was also a gastronomic road with many “etapes” (stops) along the way that earned Michelin stars.

This began to change in the 1950s as France built a system of super-highways.  These are today among the most well-maintained highways in Europe and they are very efficient.  Unfortunately, like all superhighways, they are also boring and mind-numbing.  They have sapped the life of the National Roads (“Routes Nationales”) and replaced them with anonymous, fast-paced efficiency. In the same way the 100 point wine rating system has supplanted more nuanced appreciation of wine (and other “rated” pleasures).

Recognizing that the autoroutes were mind-numbingly boring, the French government erected signs (in ochre color rather than the blue of the traffic and direction signs) pointing out sites and geographic features along the highway.

Photo courtesy Christine de Vaugiraud Oliver. This is an older sign on a small road not an autoroute sign.

One that always fascinated me when I used to drive (regularly) between Bordeaux (on the Atlantic Coast) and Narbonne (on the Mediterranean Coast) was a sign that read, near Carcassonne, “la ligne de partage des eaux“.  In English, this means simply ” here is the watershed“.

France is riven and surrounded by water. It is one of the sources of the country’s natural wealth.  A watershed defines the direction of a river’s flow and the boundaries between climate zones (continental, Atlantic, Mediterranean and many others).  And watersheds define the flora and fauna on one side or the other of a watershed. On the highway from Bordeaux to Narbonne, for example, as soon as one crosses the watershed, the forests change from deciduous trees to pine trees, the earth changes color from green to tan/sand color and the sky changes from a deep Atlantic blue to a Mediterranean blue (think Klein blue to Matisse blue). These sames changes occur everywhere in France (and elsewhere).

One of the least-remarked watersheds is that between the eastern Loire and northern Burgundy, between Sancerre and Chablis. These two great vineyards share the same soil (Kimmeridgian chalk) but different climates on either side of the watershed that divides the Seine river from the Loire river.  The Seine flows (through Paris) to the north sea.  The Loire flows across France to the Atlantic. As a result Sancerre is planted to Sauvignon Blanc (an Atlantic varietal) and Chablis is planted to Chardonnay (a continental varietal).  But the wines are cousins if not, in fact, siblings!  Both deliciously precise, refreshing, mineral and full of life!

Florian Mollet took over his family estate in 2000 after working in South Africa and Australia. His family has owned the Clos du Roc de l’Abbaye vineyard, one of the great terroirs of Sancerre, since 1850*. Mollet is therefore famous for his Sancerre. Mollet also makes a delicious Sauvignon Blanc (with the appellation “Vin de France”). This vibrant, energetic wine is a Sancerre in all but name.  Limpid, pale yellow-green, with the aroma of fresh cut bell pepper, ripe lemon and the first apples of a season (“croquant” or toothsome), Mollet’s Sauvignon Blanc is a great pleasure and all the more so because it is an exceptional value.  Drink this wine with goat and sheep milk cheeses of all kinds, Israeli salads with lots of tahini, simple fried fish of, as always, whenever you like, with whomever you like and with whatever you like!

Florian Mollet Sauvignon Blanc is available for around 14 euros and the equivalent in many markets. wine-searcher.com. The wine is not Kosher.