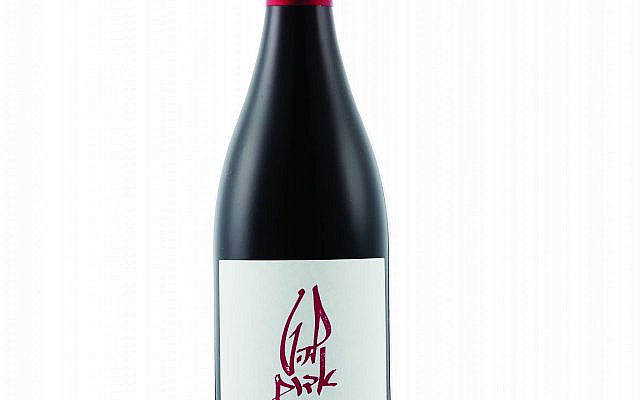 Simonides, a poet and philosopher, in ancient Greece (around 550 BCE) is credited with creating the technique of organizing memory.  This became known as a “Memory Palace“: a house of memory. The idea migrated to common culture and, for one, to the story of Sherlock Holmes and his deductive intelligence, brilliantly played by Benedict Cumberbatch in the series, “Sherlock”.  A Memory Palace is a “place” in which, room by room, we find our memories and our inspirations.  Some of us visit these rooms regularly and some of us never do.

Itay Lahat is an artist who happens to be a winemaker. His education and training in winemaking includes study at Hebrew University in agriculture, two years working in Adelaide, Australia, director of the wine department at the Tel-Hai Academic College and consulting to many wineries, small and large, in Israel. Lahat’s “Memory Palace”, is a large, beautiful and complex edifice.

There is a room for B.B.King, a room for Alvin Ailey, for Bruce Springsteen, for Pablo Picasso, Didier Dagueneau, for the poet and writer Yoram Kaniuk, the poet and singer Arik Einstein and memory rooms for his family from Europe, the Laichters. In each of these rooms are the work and the art that have inspired Lahat. In B.B.King’s room there is “Lucille” the guitar.  Lucille is to King what Lahat’s vines are to Lahat: they are bound together and they speak to each other.  In Alvin Ailey’s room there is a perfect blend of the classic and the modern, like Lahat’s wines.  In Picasso’s room two quotes hang on the wall: :“Learn the rules like a pro, so you can break them like an artist.” And “It took me four years to paint like Raphael, but a lifetime to paint like a child”.

And in a room, slightly removed from the others, there is the work of Koby Levy an artist who listened to Lahat and translated his modernity, his modesty, his enormous talent and his respect for hard work into one of the most beautiful wine labels in the world: an abstract rendering that, though written in Hebrew, could be Arabic or Chinese calligraphy. Like Lahat’s wines, they are not just labels, they are works of art.

Lahat Adom (Red) 2019 is a blend of Syrah and Cabernet Sauvignon. The wine is impossible to define because the two varietals are married together as one. Lahat Adom sings like B.B. King, dances like Alvin Ailey, paints like Picasso and speaks like Yorum Kaniuk.  Drink this delicious wine with roasted salmon, lamb or vegetables, well-aged cow’s milk cheeses or at dessert with a dry almond cake or, for those inclined, a great cigar.  Or. more important and as usual, with whatever, whenever and with whomever you like.


Lahat Adom 2019 is certified Kosher.  Limited availability for around 125 NIS or equivalent.