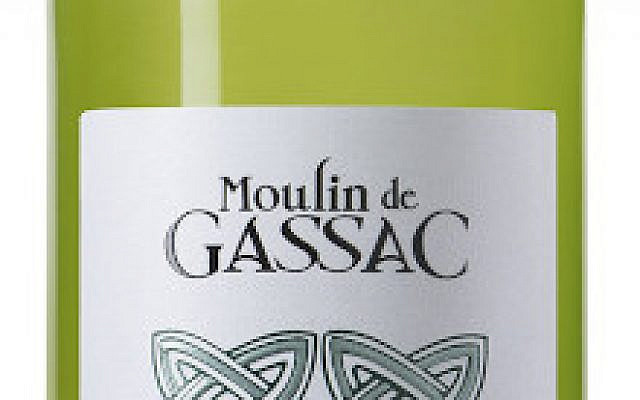 In 2004, the filmmaker, writer and sommelier, Jonathan Nossiter made a ground-breaking film, Mondovino (one of only four documentaries ever nominated for a “Palmes d’Or” at the Cannes Film Festival). Nossiter is a brilliant polymath as is his brother, Adam Nossiter (former head of the Paris bureau of the New York Times now based in Kabul, Afghanistan) and their late father Bernard Nossiter (author and UN bureau chief for the Washington Post). Mondovino (“world of wine”) is a documentary about the effects of globalization in wine. In the documentary Nossiter interviews some of the greatest wine personalities in the world at their vineyards and wineries including Chateau Mouton-Rothschild, Domaine de la Romanee Conti, Robert Mondavi Winery, Harlan Estate, Ornellaia and Domaine de Montille (among others).  The only estate featured from the Languedoc (south of France) is Mas de Daumas Gassac. 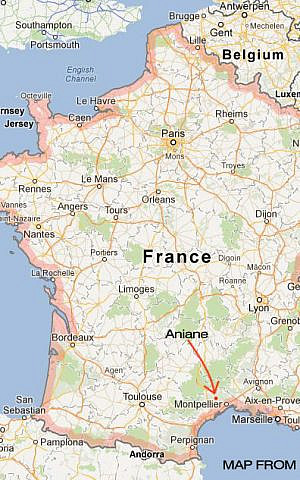 Map of France showing the village of Aniane in the Languedoc. Map courtesy of Google maps.

Founded in 1971 by Veronique Guibert de la Vaissiere and her husband Aime Guibert, Mas (“farm”) de Daumas Gassac found a place on the world wine stage within ten years.  The Guiberts were and are iconoclasts (like all pioneers).  Instead of relying on local grape varieties (Grenache, Carignan mostly) the Guiberts had their soils analyzed by a geologist (and friend) Emile Enjalbert and decided, after the analysis, to plant Cabernet Sauvignon, a Bordeaux varietal. Enjalbert’s advice was followed by the advice of Emile Peynaud, perhaps France’s greatest oenologist (and wine taster) since Louis Pasteur (not an oenologist but a great contributor to the understanding of wine making and fermentation science).  The early releases from Daumas Gassac were hailed as “first growths” (best of the best) by English and French critics, the first naming Daumas Gassac as the “Latour” of the Languedoc and the second calling it the “Lafite” of the Languedoc (proving once again that British and French tastes are always in opposition!).  In both cases, the point is clear: Mas de Daumas Gassac produces superb wines.

Moulin de Gassac is a “baby” Mas de Daumas Gassac produced from vineyards in the region in cooperation with local growers.  A wine for everyday, a wine for daily pleasure, a wine of refreshment. The range includes a delicious white (reviewed here), a red and a rose. Moulin de Gassac white is blended from Vermentino, Sauvignon blanc and Terret Blanc (an indigenous grape variety).  The Guiberts describe the wine as “splendidly lively”. It is that and more: Moulin de Gassac white is redolent of Mediterranean herbs and spices with wonderful citrus fruit and peel (orange, lemon, grapefruit) aroma and flavor. This wine is very versatile before the meal as an aperitif with olives, aged sheep-milk cheeses and roasted, salted almonds, stuffed grape leaves (for example) or with uncomplicated meals (salade nicoise, grilled fish, mussels in white wine, paella).
Available in most markets for 50 NIS, 12 USD and 10 GBP.