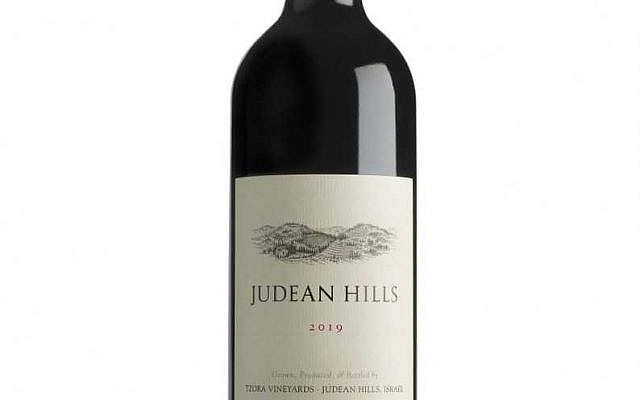 The ancient village of Tzora/Sar’a/Zorah (צָרְעָה in Hebrew, صرعة in Arabic) is located about 20 km (12 miles) to the west of Jerusalem (it is mentioned in the book of Judges in the Jewish bible). The village is located in the heart of the limestone terraces that ring Jerusalem now known as the Judean Hills. It is a beautiful part of Israel. And it is a near-perfect wine growing “terroir” with deep limestone terraces.

Fossils, the basis of limestone, from the ancient sea floor are found throughout the vineyards of the Judean Hills. Photo courtesy Tzora Vineyards.

Building the Kibbutz at Tzora, 1948. Photo in the public domain, Wikimedia.

If you were parachuted, blindfolded, into any one of the villages in the Judean Hills, you would be completely forgiven if you thought you had ended up in France, in Provence. The local news from Tzora was pretty ordinary for thousands of years until 1948 when the state of Israel was founded and Tzora, along with neighboring villages, found itself in the middle of conflict. In that year, the Tzora kibbutz was founded by retiring members of the Army. In 1993, Ronnie James, a pioneer grape grower, founded Tzora Vineyards at the kibbutz, Israel’s first kibbutz winery. 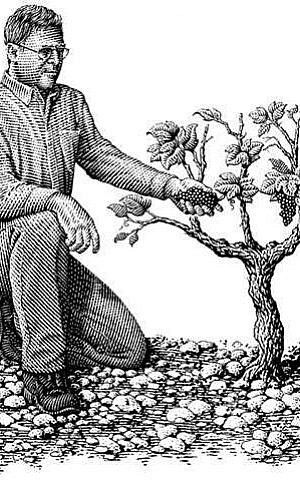 James died in 2008. His son, Dor James, followed his father and is the vineyard manager of Tzora since 1993. Today, both the kibbutz and the winery are under private ownership. In his last years at the winery, James had the vision to hire a young man, Eran Pick, who would transform the winery and contribute to the transformation of the Israeli wine industry. Eran Pick is an exceptional man, professionally and personally. James saw this when he met Eran in 2006. Pick’s resume is dizzying: captain in the Israeli Air Force, graduate of the University of California Davis (the preeminent wine and agriculture university in the United States), winemaking internships at Château Lafite Rothschild in Bordeaux, Torbreck in the Barossa Valley, Australia and J Vineyards and Winery in Sonoma, California. Pick lived for a moment in New York too (not making wine).  In 2016, Pick earned the degree of Master of Wine from the Institute of Masters of Wine in London, becoming the first MW in Israel (NB: we now have two with the elevation of Ido Lewinsohn, chief winemaker at Barkan). In the wine trade, becoming a “MW” is the equivalent for a mountain climber reaching the summit of Mount Everest (and returning!).

Tzora Vineyards “Judean Hills” 2019 (Judean Hills, red) is the most recent release of this wonderful red. It is the most accessible of the wines made by Tzora. The wine is marked by Eran Pick’s sensitivity, excellent taste and impeccable training but also by the guiding hand of consulting winemaker, Jean-Claude Berrouet, the long-time (now retired) winemaker of Petrus in Bordeaux. Berrouet is a winemaker-poet and one of France’s most brilliant winemakers. The hallmarks of his wines are elegance, discretion and beauty.

Blended from Cabernet Sauvignon, Syrah, Petit Verdot, and Merlot, the wine is a kind-of 19th century Bordeaux red blend! But let’s start with the most important: the wine is very, very delicious! Warm and rich with complex aromas and flavors suggesting currants (cassis), kalamata olives, oregano, dates and a touch of vanilla. Most striking is the texture of the wine: polished, integrated tannins which give the wine a “creamy” and “soft” palate. Beautiful texture is the sign of great winemaking!  It’s relatively easy to produce attractive aroma and taste (grapes are fruit after all). It is relatively hard to produce a wine that integrates its personality so that fruit, terroir and winemaking each have a voice. This wine succeeds in doing that and, in doing so, proudly illustrates the quality of Tzora, the quality potential of the Judean Hills and defines, in its way, Israeli wines today: informed by the land, by history and by expertise in winemaking and open to the entire world.