On Saturday evening, October 8, I was excited about being initiated as an honorary member of the AEPi Jewish fraternity. The special Initiation Ceremony would take place at the conclusion of one day of their weekend of student leadership programming for the AEPi Fall 2016 Combat Hate Conference in Philadelphia.

Founded in 1913, AEPi engages 12,000 students on more than 190 campuses, and boasts 100,000 alumni in eight countries. I was deeply moved that now I was about to become a “brother” of this esteemed fraternity committed to the success of Israel and the Jewish Community

Handling the initiation ceremonies was Andy Borans, AEPi Executive Director. Borans, energized by the students, overcame his weariness from jetting into Philly from ceremonies opening the latest ‘AEPi colony’ in Australia. As the attention came to me, he explained to some 50 assembled brothers that this newbie is a “Legacy Member.”

Usually a “Legacy” refers to a dad. This time, Andy informed them that I am the legacy of my son David, who graduated three years ago as a proud AEPi brother at Drexel University. Shades of the 1974 hit Chinatown with Jack Nicholson and Faye Dunaway, reverberating in my thoughts …“he’s my son, he’s my brother!”

I knew of AEPi and its effect on American campuses from my nine years as Mid-Atlantic Director of Academic Affairs to the Israeli Consulate in Philadelphia (2004 -2013).

Within my role, responsible for 300 campuses in six states, bringing Israeli speakers to the university could mean a call to the local Hillel, and perhaps having to explain the value of the speaker, as to their concern of not being ‘too political.’ No question with AEPi, one call and the brothers were there in force, filling the room, and appreciative of another exposure to learn about Israel.

For the evening ceremony I arrived mid-afternoon at the Philly Marriott next to the Convention Hall, as I wanted to get a taste of what the AEPi students were being exposed to.

I entered a hotel conference room with 20 AEPi highly articulate and intelligent student leaders from throughout the East Coast as they were engaged in a robust discussion. I learned first-hand the current challenges on campus, as they shared specifics of the anti-Israel activity they were dealing with every day.

Facilitator Fay Goldstein, Managing Director of Hasbara Fellowships, artfully led their discussion session on coalition building for campus activism. Ms. Goldstein gave expert direction on fine-tuning the efforts of AEPi leadership. First, she instructed, “engage the groups you encounter by understanding their needs.” She emphasized to the students to first make a personal commitment to help the intended group and its leaders. After listening and knowing their needs, collaboration and Israel resources could be provided, and would more likely be accepted. Also know how to differentiate your approach appropriately to the campus group, according to their classification as a cultural, professional, or activist organization.

Later that afternoon Rabbi Aron Hier, Campus Outreach Director of the Simon Wiesenthal Center, and Asaf Romirowsky, Executive Director of Scholars for Peace in the Middle East, co-led a session on “Tools in Dealing with Hate Speech on Campus.”

Romirowsky gave detailed background to the challenge of the BDS movement, bringing his personal extensive campus experience with faculty organizing, as well as with students. Rabbi Hier and Dr. Romirowsky focused on two case studies. The first campus BDS case was that of Philosophy Professor Andrew Pessin, railroaded out of his teaching duties at Connecticut College by a Facebook comment on Hamas during the 2014 War with Gaza. The second case study was of non-Jewish law student and UCLA Graduate Student Government President Milan Chatterijee, who took a stand against illegally funding a BDS event, and was consequently investigated by UCLA administration in a perverted compliance with BDS supporters on campus.

What I found unique in the discussion was the reach of AEPi, as Andy Borans related the personal connection of the local UCLA Chapter members, who related to Andy “deep background” to the story.

As the evening Initiation Ceremony approached, it was fascinating sharing a kosher meal and learning the personal stories of these AEPi campus leaders, and their devotion to Israel, some who served as volunteers in the IDF.

Asaf Romirowsky was also initiated in the Secret and purposeful Ceremony, highlighting leadership values. Perhaps as he is an academic, he breezed through the initiation without the momentary stumble I experienced. It may have been that I was a bit nervous, as I was deeply honored to become an AEPI brother, to be a partner in young leadership development in America, and … now in seven other countries, including Australia. 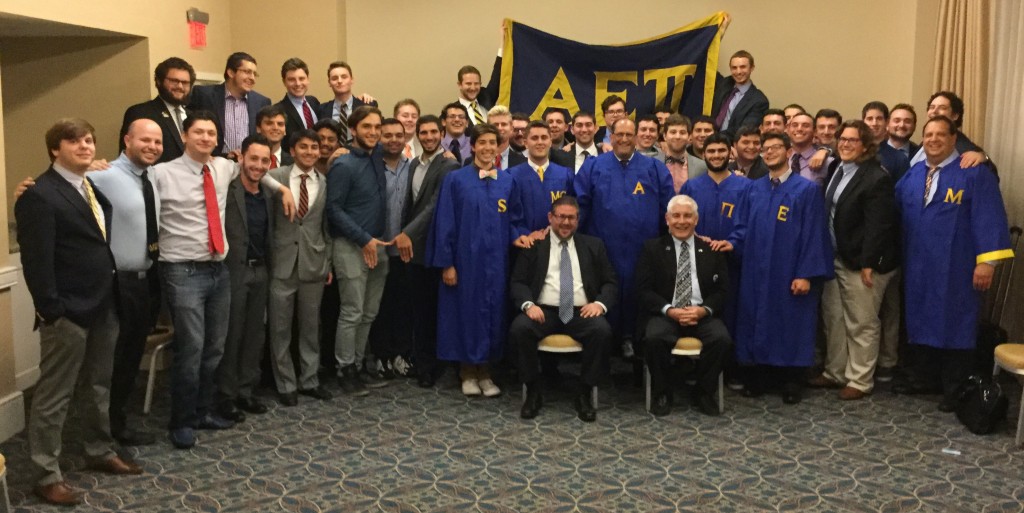 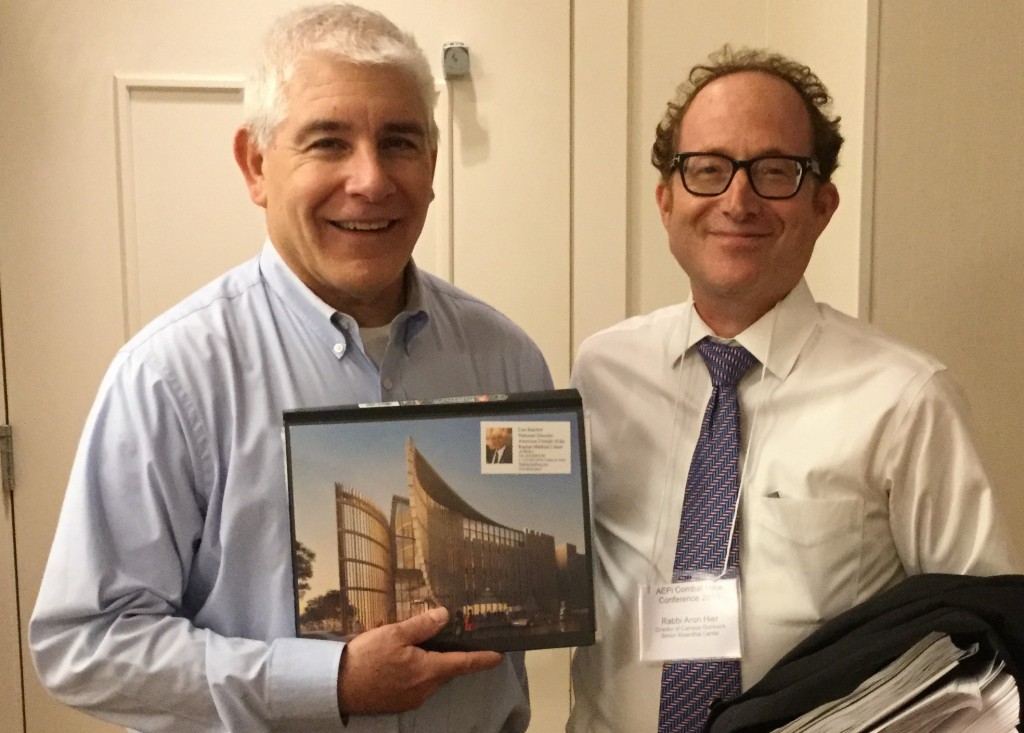 with Rabbi Aron Hier-campus-outreach-swc
About the Author
Lou Balcher served from 2004 - 2013 as Director of Academic Affairs to Consulate General of Israel to the Mid-Atlantic Region. He also served as Education Director for Congregation Tifereth Israel in Bensalem, PA, and as administrator and teacher for Gratz College's Jewish Community High School. He is a former Membership Director for the Philadelphia and Cincinnati regions of B'nai B'rith International. For three and a half decades, he has coordinated post-college young leadership programs for Young Jewish Leadership Concepts. From 2014 - Spring 2021 he consulted as National Director of the American Friends of the Kaplan Medical Center, Rehovot, Israel which serves more than one million Israeli citizens. In the Spring of 2021 Balcher and a team of national leaders inaugurated the American Foundation Creating Leadership for Israel (AFCLI) - "the newest voice for Americans for Israel."
Related Topics
Related Posts
Comments