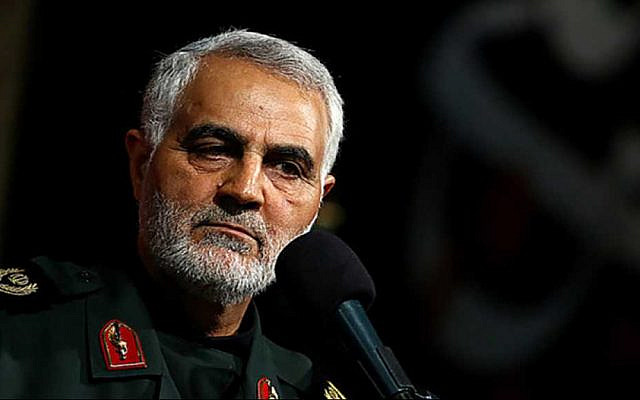 General Qassem Soleimani’s demise in an American drone attack on the orders of the US president, Donald Trump, is going to have a major impact on Iran’s projection of power in the region. General Soleimani was instrumental in Tehran’s expansionist policies in the Middle East and controlled the Syria and Iraq portfolios of Iran’s foreign policy. This makes it hard to replace Soleimani with an equally strong character, able to continue Tehran’s strong ties with its powerful militias in the region; ties forged under Soleimani mostly due to his personal relationships and capabilities. Newly appointed IRGC Qods Force commander Esmail Ghaani seems to lack Soleimani’s charisma and he will have to prove himself at his new job.

What is certain is that the Islamic Republic leadership has suffered a major setback in its regional policies. Khamenei’s generals believed that they had already established a “deterrence” against the US via proxy groups, but this has backfired with Soleimani’s assassination. General Soleimani was the driving force in Iran’s power projection policy in the region and architect of the ground base to sustain the Islamic Republic’s strategic political-military upper hand from Tehran to Beirut.

The entire Iranian leadership seems to have miscalculated President Trump’s restraint and patience after testing his response to various Iranian plots such as the mysterious strikes on Saudi Aramco oil facilities, attacks on oil tankers in the Persian Gulf, the shooting of an American unmanned drone over the Gulf, and several rocket attacks on various US military installations inside Iraq. Iranian Revolutionary Guard Corps leaders and the Supreme Leader believed that Trump’s oral statements and warnings were nothing but a bluff. Taking into account his election campaign promise to put an end to ‘endless wars’ in the Middle East, the Iranian leadership thought the Trump administration would be unwilling to escalate direct tensions with Iran.

This changed after the rocket attack on a US base in Iraq on 27 December, when an American contractor was killed and several others were injured. The launch of airstrikes on primary suspect Kataib Hezbollah militia installations both in Iraq and Syria was the first kind of attack by the US against Shia forces in Iraq after more than a decade. It was predictable that Shia militias, the Hashd al Shaabi (PMU), would respond to the US action and prominent militia leaders such as Mahdi Muhandis, Dais al Khazali and Hadi Ameri and their supporters and militia members stormed the US embassy in Baghdad. Clearly, it was an act directed by Soleimani, as that kind of action could not have been taken without his knowledge.

It is going to be extremely difficult for the Iranian regime to coordinate its regional proxies following the deaths of Soleimani and Muhandis. By the end of last year, Iran’s hegemony was facing serious challenges in Iraq and Lebanon, as the popular rage against its control and interference spilt into the streets in Baghdad and Beirut. Burning Iran’s diplomatic missions, Khamenei’s posters, and flags were clear signs of a growing backlash against Tehran’s hegemony. More than 500 protestors were killed in the violent crackdown by the Tehran loyalist militias and the Iraqi security forces. Hezbollah supporters tried to quell the public demonstrations in the Beirut streets. As the Iranian regime considers its political grip in the countries of the region as a protective shield against possible domestic upheaval, protests in Iran started against the gasoline price hikes and turned to politics, highlighting the extreme challenges the Islamic Republic is facing. The domestic and regional legitimacy of the ruling system is vulnerable, so crushing protests with violent force aimed to abort any undesirable scenario in Iran. More than 1,500 protestors were shot and killed according to Amnesty International, as the command to crush the protests came from the Supreme Leader himself.

Trump’s maximum pressure policy is already creating problems for the regime as financial resources are hit by strong economic sanctions. In the long run, it is going to be extremely difficult for the regime to sustain its proxies financially and after the death of General Soleimani, who was in charge of handling pro-Iranian elements, the future of Iran’s hegemonic policies are uncertain as the Velayeti-Fagih leadership faces multiple setbacks.

Tehran needs to retaliate strongly to the death of Soleimani to show its power in the region. Any retaliation by the regime is probably going to be significant to hit back at the US. As masters of asymmetric warfare, any Iranian response could potentially start a full out war, despite the care of the regime to avoid a direct conventional conflict with the US. The possible Iranian response perhaps may not come from Iraq as expected, but from somewhere unthinkable. How Iran’s hegemony will be affected by the death of Qassem Soleimani depends on its actions now.

About the Author
A native of Azerbaijan, I write extensively on political developments in the Caucasus, Iran and the Middle East, including for the website www.astna.biz. I have a Masters' degree in International Politics & Human Rights from City, University of London.
Related Topics
Related Posts
Comments