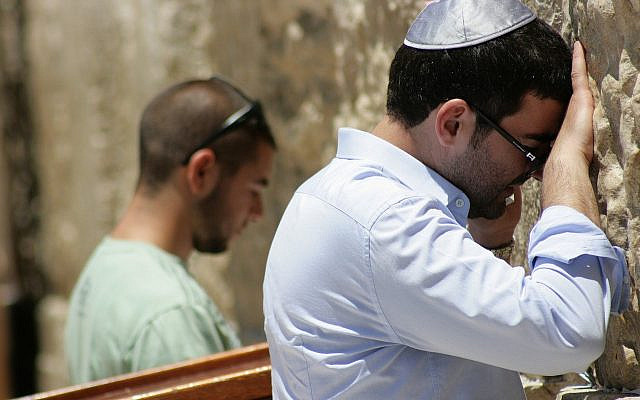 (Image by Aleks Megen from Pixabay)

The votes have all been cast. The ballots have been filled, the envelopes have been mailed and postmarked.

All that’s left to do is the counting.

Jews are very religious people. We pray for many things, and the outcome of the presidential election which will have such a profound impact on the world is certainly a relevant topic for our prayers – whichever side you prefer.

But what about now? On the day after the election, while the outcome still hangs in the balance and it’s too close to call, can I still pray for the victory of my preferred candidate?

Is it too late to pray for a winner?

At first glance, the answer would seem to be obvious: If you haven’t prayed until now, it’s too late. Whatever will happen has already happened, and there’s no sense in praying for the past.

The Sages teach us,

So, it seems that the Sages considered praying for an outcome where the result is already a foregone conclusion a “vain prayer.” The sex of the baby has already been determined, and praying to change it won’t make much of a difference.

But there’s another rabbinic teaching that offers a very different perspective. The Talmud teaches the following:

Here the Talmud describes a case where a person has already harvested his grain and simply wishes to know whether he has had an abundant or lackluster crop. Although he has already finished his farming, he can in fact pray for a blessed measurement, as long as he hasn’t yet weighed the crop. Blessing can be found in that which is “hidden from the eye”. In other words, as long as you don’t know the outcome, you can still pray for a specific outcome!

At first glance, this seems to counter common sense. How can you pray for something that has already happened?

But when we think about it a little more, does prayer itself “make sense”? Why should the fact that I ask God for a specific outcome have any affect on reality? What’s scientific or logical about prayer?

Prayer is a reflection of our belief in the Divine – the world beyond our ability to understand. Is God limited by space? Or time? Time spreads before God like a map, occurring simultaneously in a manner we simply cannot perceive. Why then shouldn’t I be able to pray for something that to me has already happened, but to God is happening at this very moment?

Medical science has also tried to ask this very question.

In a double-blind study on “retroactive intercessory prayer” (prayer for an outcome that has already happened), people were asked in the year 2000 to pray for the well-being of patients that had contracted blood diseases between the years 1990 and 1996. In other words, they were asked to pray for something that had already happened (see the abstract here).

In other words, retroactive prayer made a measurable difference.

How? I have no idea. And I know that many scientists didn’t really like the study, which should not come as a shock.

But to a person of faith, are the results of the study really that surprising?

Through our prayers we connect through it to a spirituality beyond our comprehension and perception. Through that mystical connection, we beseech the Almighty to bring about a desired outcome. That is the magic and mystery of prayer.

According to the Talmud, as long as the count has yet to come in, prayer is still in order. Even though the votes have already been cast, until a winner is declared each of us still has much to pray for!

And maybe, while you’re praying for “your” candidate, put in a word for all of us.

Let us all pray that God gives us the serenity and wisdom to fracture the great divide which seems to be prevalent around the world. Let us pray the citizens of the United States, Israel, and so many other countries learn to be more united, and less fractured.

Those are critical prayers, no matter who wins.