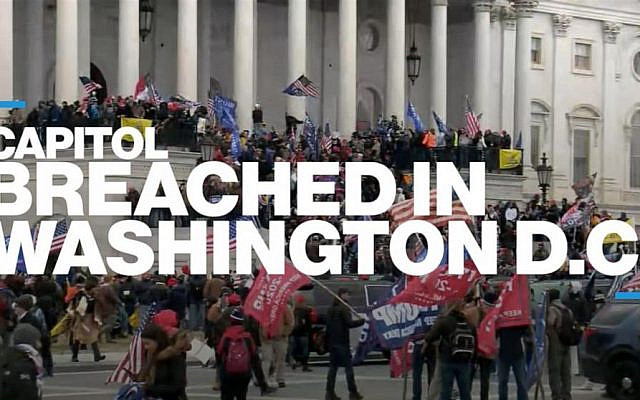 Wednesday afternoon, January 6, the infusion waiting room hall of Fox Chase Cancer Center in Philadelphia was filled, and it was an hours-long stretch to make up for the lost days of the New Year’s holiday. Passing time for treatment patients watched history unfold with the bizarre scenes on the TV screen of masses of angry protesters milling around the Capitol steps, then breaking into the halls of Congress.

Later that evening Rabbi Aaron Gaber of Congregation Brothers of Israel in Bucks County held a Zoom prayer vigil and discussion to try and make sense of the day’s events. During the discussion, I shared a story of 15 years ago which gave me a feeling of perspective on how to understand what we saw. First, I mentioned that this last year of Covid-19 has been a continuous series of historic events, and we need to take a step back and make a mental image of what we are experiencing to appreciate and share in the years to come.

In the spring and summer of 2005 Israel was deep in the preparation of the Gaza Disengagement and diplomats from around the US were instructed to hold community sessions to explain the complexity of Israel’s actions. As Director of Academic Affairs and Community Relations, I was tasked to organize a community gathering at the Northeast Klein Branch of the Philadelphia JCCs. 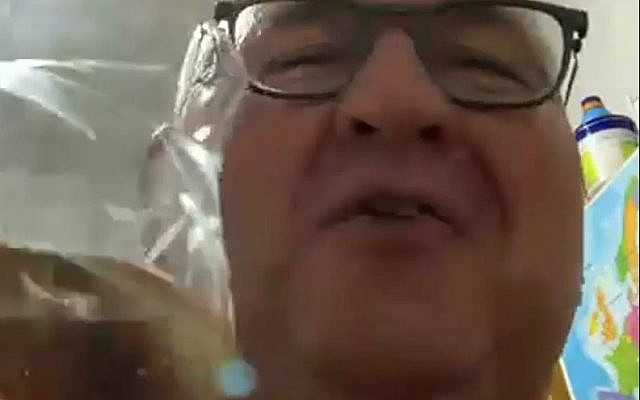 Consul General Uri Palti spoke to a jammed hall of community members and was confronted by deep divisions on the plans for Disengagement, as it was also a matter for a near Civil War in Israel itself with the divide between the Right and Left. At one point angry attendees had to be physically removed from the hall by the protective police detail, as they were near attacking the Consul General.

Following the conclusion of the program, I asked Consul General Palti how he could be so calm and forthright with such an angry crowd upon the verge of attack. Palti answered that he had great faith in the State of Israel, the People of Israel, it’s sense of democracy and the strength of the IDF.

To me these were not only guiding words on Israel, but a way to translate into my own feelings about American Democracy. Our country is strong, our values of democracy are strong, and we need to have faith that our democratic institutions will prevail.

Late into the night of January 6th into the 7th, the words of the US Vice President and leaders of both parties in Congress espoused our democratic values, continued with the democratic process, and the proof of our Democracy was that the decisions were finalized at 4am to certify the election to the Presidency of Joe Biden and VP Kamela Harris.

To understand what took place during the historic day January 6, 2021, of a near US insurrection on the steps of the Capitol, my take is to preserve the memory as a witness to history, and to appreciate the strength of our US values and traditions of Democracy, much as I learned from the faith of Uri Palti in the institutions of Democracy in Israel.

About the Author
Lou Balcher served from 2004 - 2013 as Director of Academic Affairs to Consulate General of Israel to the Mid-Atlantic Region. He also served as Education Director for Congregation Tifereth Israel in Bensalem, PA, and as administrator and teacher for Gratz College's Jewish Community High School. He is a former Membership Director for the Philadelphia and Cincinnati regions of B'nai B'rith International. For three decades, he has coordinated post-college young leadership programs for Young Jewish Leadership Concepts. Additionally, he consults as National Director of the American Friends of the Kaplan Medical Center, Rehovot, Israel which serves more than one million Israeli citizens.
Related Topics
Related Posts
Comments