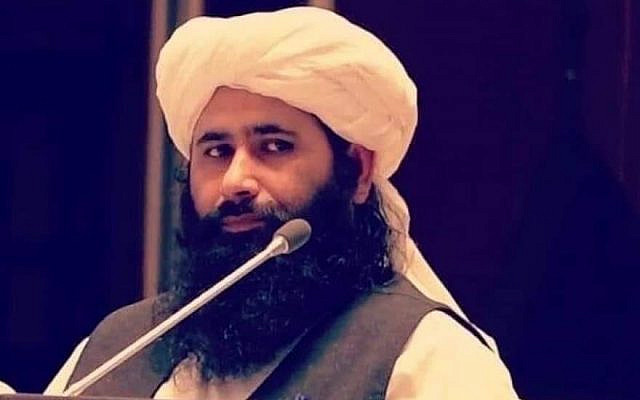 Dr Muhammad Naeem Wardak is the Spokesperson for Taliban political office in Doha. Political talks are undergoing between Afghan government and Taliban at Doha but on the other hand, intense fighting is also continuing at the battlefield. In an exclusive interview with Manish Rai Columnist for Af-Pak region. Dr Wardak speaks on various aspects of ongoing talks including Taliban commitment of not letting any foreign group interfere in the internal affairs of Afghanistan. Following is the detailed interview.

Question – While talks are going on but, on the ground, still, intense fighting is taking place. How do you see this?

Answer: Talks are underway to end the war. This is nothing new. It is common in conversation to be at both war and talk at the same time.

Question – Can you please give a brief idea about any future power-sharing formula?

Answer: The war in Afghanistan has been going on for the last 40 years, which has greatly increased the suffering for the people of Afghanistan. We believe that more and more people should breathe a sigh of relief under the shadow of the system of their choice. We want an independent Afghan inclusive of the Islamic system, not a monopoly of power in which the people of Afghanistan see their aspirations subdue.

Question-Taliban has stated it won’t allow foreign groups to operate from Afghan soil. Will the Taliban use force against these groups to get them out if required?

Answer- In the agreement signed with the United States, the Islamic Emirate has promised that the land of Afghanistan will not be used against the United States and its allies. It has been the policy of the Islamic Emirate since the beginning that it will not harm anyone from Afghanistan and will not allow any foreign party to interfere in the affairs of Afghanistan. The new Islamic system in Afghanistan will be responsible for the security of the people and the protection of the country. It is hoped that there will be no problems in this regard.

Question -Is there any possibility of an immediate ceasefire between the Afghan government and the Taliban?

Question– Its being alleged that recently freed Taliban prisoners have returned to the battlefield which is a violation of the deal with US. What’s your opinion on this?

Answer: The Islamic Emirate of Afghanistan and its Mujahideen are fully committed to the agreement reached with the United States. Mujahideen which are not forced never break their promise. Our released prisoners are not allowed to return to their normal lives. They are being persecuted both at the central and provincial levels. Not just left to live. There are prisoners who have been martyred inside Kabul city after being released, there are prisoners who have been raided at their homes, or have been martyred themselves or their family members have been martyred and imprisoned. Many prisoners have been forced to migrate from the center to the districts and from the districts to the villages and finally to the territories of the Islamic Emirate.

Also, some prisoners after their release were visited by the security officials of Kabul, provincial and district administration, and even the families of the prisoners were threatened. It was stated by security officials to the families that your kin were released by the government but they will not live here peacefully and soon will be killed. There are detainees who have been recaptured from madrassas and mosques and many have been dropped off on the road from one province to other and killed on the spot and then were falsely accused of being killed on the battlefield. So, this claim is baseless. The Mujahideen of the Islamic Emirate, in spite of all these violations as agreed, still stand by their promise and insist on all parties to keep their commitments and not to harass the released prisoners.

Question – How important is the role of Pakistan in these ongoing talks?