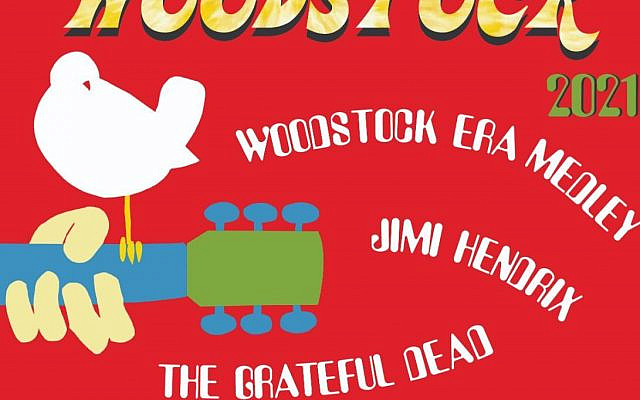 Just a few years ago we said goodbye to the huge Woodstock Revival that Steve and Danny founders of the American Football League in Israel envisioned and brought to Jerusalem yearly hosting over a thousand music lovers of the 60’s.  The same year that this annual festival ceased to exist I felt Jerusalem couldn’t live without the good vibes of a community festival honoring the best of the music of the Woodstock Era.  So I went out on a limb and put one together inviting local talents that were not included in the Woodstock Revival events.

The first event took place in the amphitheater off of Agripas street in Nachlaot but without the proper permits, we were shut down midway through.  Great bands such as Fixed Stars agreed to pay tribute to amazing bands.  When I first heard this band they reminded me of King Crimson and agreed to play some of their best tunes.  They needed a pianist so one of the youth involved in my Sobar project joined them and blew everyone away.  Libi was still in the country and sang together with the Sobar band and other local musicians joined in as well.

Two years later the local activist party of Jerusalem Hitorerut asked me to put together another Woodstock event “Jerustock” in collaboration with some of their culture leadership.  Finding an alternative place to put on the show was not easy until I happened upon The Silo Café in the parking lot of the First Station.  When offering the idea to Hanan the owner of the Silo he said “The Silo is Woodstock” and so our annual Woodstock Fest continued in a much better location with no fear of the need for permits, a great atmosphere, fantastic vegetarian food, and drinks. 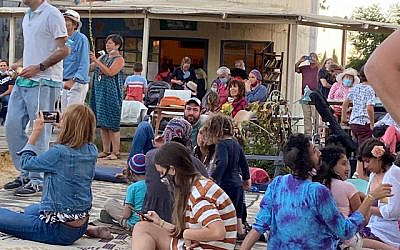 Every year I invited different Woodstock style bands to participate.  We have hosted: Four Winds Home; Uncle Jon’s Band; and the Elevators performing The Grateful Dead, Fine Martin and Jon Hock paying tribute to Country Joe and the Fish- the latter band only finding out during rehearsal that Joe was a nice Jewish boy whose parents spoke Yiddish in the home, Roni Dot singing Jefferson Airplane, David Gindis discovering his new love for Arlo Guthrie while rehearsing his songs, Pritzat Disc performing a Woodstock Melody, The Elite Band with a horn-based 60’s medley of their own, Tamar Kfir singing Janis Joplin and many, many more! Every year I include one of my youth bands from the Jerusalem School of Rock https://www.facebook.com/jerusalemshoolofrock/ introducing them to the beauty of the music of yesteryear where they have thrilled the audiences with their amazing talent and stage presence. 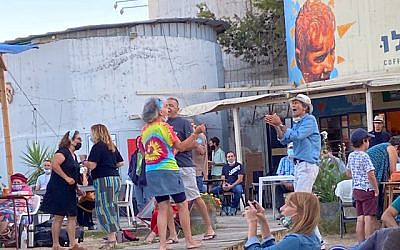 This year will be just as exciting where we will host two Woodstock events considering right after each event I am asked “When is the next one?”  The first festival is right around the corner- taking place this Thursday, July 29th.  Our lineup includes The Elite Band; a Chicago-like horn band with fantastic vocals and Wild Thing an incredibly energetic rock band – both doing Woodstock Medleys including Janis Joplin; Bob Dylan, Blood Sweat and Tears; Joe Cocker and more. Following these amazing bands will be Israel’s own Jimi Hendrix – Shlomo Mizrachi https://www.jpost.com/metro/arts-and-culture/woodstock-by-any-other-name-361403 who back in the sixties first began playing Hendrix style tunes before anyone was even familiar with that “Vibe”. When Hendrix’s music finally arrived on the scene Shlomo was ready and hence earned his reputation as The Israeli Hendrix.  Last year Shlomo thrilled our Woodstock audience playing solo but this year I suggested one of our Jerusalem School of Rock bands backs him on the stage. Shlomo was thrilled and after seeing clips of their rehearsals has not stopped talking about how exciting this show will be!

Following the Hendrix show, we will end with the well-known Elevators Band who has been playing their eclectic lineup of Grateful Dead and Creedence Clearwater Revival songs for over a decade.  This year they will once again grace our Woodstock stage singing the best of these incredible bands with songs you can’t stop singing along to.  (Our second show with acts to be announced next week will take place on August 26th.)

So for the details see our FB event:

Or listen to our interview on Radio Kan: https://www.kan.org.il/radio/player.aspx?ItemId=220481

The event takes place this Thursday,July 29, 2021, at The Silo Café located in the parking lot of the First Station. The show begins at 7:30pm and continues until 11pm.  A family-friendly non-smoking outdoor event with seating on mats, chairs, and benches.  Great food and drink served at the Silo Café.  Price 40 shekels in advance, 45 shekels at the door. For more information and advanced tickets contact Tracey Shipley 0548108918.  Also, should you know of teens looking for the excitement of joining a rock band send them to me!!