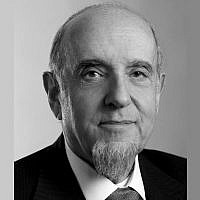 The Blogs
Haskel Lookstein
Apply for a Blog
Advertisement
Please note that the posts on The Blogs are contributed by third parties. The opinions, facts and any media content in them are presented solely by the authors, and neither The Times of Israel nor its partners assume any responsibility for them. Please contact us in case of abuse. In case of abuse,
Report this post. 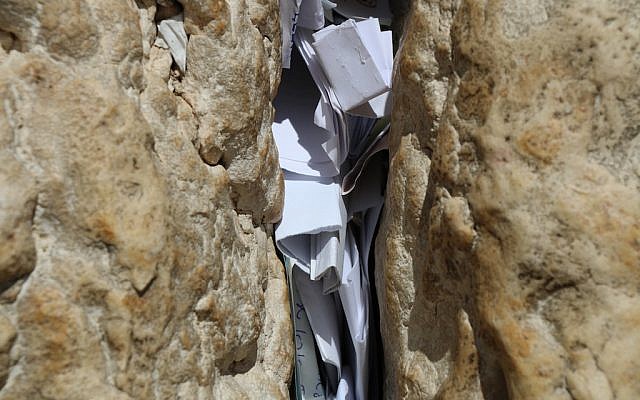 If there is anything clear in the history of the Jewish People during this season on the Jewish calendar, it is that words count! We are entering the period of the Three Weeks of semi-mourning, leading up to the Ninth of Av, which marks the anniversary of the destruction of the Second Temple in Jerusalem in 70 CE (and its predecessor, in 576 BCE). According to the Talmud, this tragedy occurred because of unnecessary, internecine hatred among the Jews of 1st century Judea. Jewish religious and political groups hated each other and expressed that hatred in evil words which ultimately proved to be destructive.

Something like this seems to be happening today in pronouncements by the Government of Israel and the responses to them by voices in Israel and in America. The Cabinet of Israel recently announced two decisions that have an impact far beyond the shores of Israel. The first freezes a carefully negotiated agreement to establish an area of the Kotel, known as Robinson’s Arch – out of sight and sound of the Kotel Plaza – to accommodate non-Orthodox prayer services. The agreement had been negotiated by a broad coalition of groups under the chairmanship of Natan Sharansky and was accepted by the Government in January, 2016.

It isn’t entirely clear exactly what the “freeze” entails but the Haredi Minister of Health, who leads Israel’s United Torah Party, expressed very clearly what he – and, presumably, his colleagues – believe it to mean: “The Government’s decision to freeze the Western Wall arrangement,” he said, “sends a clear message to the entire world. The Reform do not and will not have access or recognition at the Western Wall.”

Words count especially when they are spoken by one of the leaders of the government coalition, which includes seventeen members of the Haredi parties and which forced the hand of the Prime Minister to create this freeze or risk the fall of his government. These are hurtful – I dare say, hateful – words spoken by a representative of the Government of Israel against fellow Jews. This is sinat chinam – unwarranted hatred – for those with whom one disagrees. It is this kind of talk that led to the destruction of the Second Temple as taught by the Talmud and confirmed in the writings of academic historians.

Simultaneously, the government introduced a bill into the Knesset to designate the Chief Rabbinate as the sole authority to approve conversions to Judaism in Israel. This would nullify recognition of conversions by independent Orthodox courts and prevent the conversions of tens of thousands of Israelis from the former Soviet Union who want to be Jewish, are ready to accept Jewish practice, speak Hebrew, serve in the IDF, send their children to Israeli schools and will inevitably marry other Jewish Israelis. Nullifying or preventing their conversions will forever divide the Jewish people in their own land. This is besides placing in jeopardy the Jewish status of Reform and Conservative converts who wish to register as Jews with the Interior Ministry.

So much for all the protests – and the agreements – of last summer. Oh how words count!

But words count also in the reactions and responses to these troubling actions and words by the government of Israel and its leaders. The first response that is troubling is the response of silence. I am referring to the silence of Modern Orthodox leaders and organizations. Where is the outrage over these hurtful actions and hateful words? Why has the Minister of Health not been called to task by Modern Orthodox rabbinic and lay organizations? How can we let him get away with saying that the State of Israel will assure that “Reform” – and, presumably, Conservative and egalitarian or women’s prayer groups – “do not and will not have access or recognition at the Western Wall?” Whose Wall does he think this is?

Some years ago, when a women’s group brought a Torah to the women’s section of the Kotel, and terrible epithets were hurled at them by intolerant men, Rabbi Yehuda Getz, then Rabbi of the Kotel, rushed out to the Kotel Plaza and proclaimed: This wall belongs to everyone; to men and women, to Ashkenazim and Sephardim, to Hassidim and to Misnagdim, to religious and to irreligious,… as it is written “For my House will be called a House for all nations (Isaiah).”

Where is the Rabbi Getz of today, in the Haredi world, in the Modern Orthodox world? We are not living in pre-emancipation times. Not every Jew will live according to Halacha. Not every Jew will pray as I do; so therefore he/she has no right to pray at the Kotel? Where is the fairness, the tolerance for other points of view, the ahavat Yisrael, love of Israel? Unless one doesn’t consider other Jews who practice their Judaism differently from “us,” Jewish. Then we are back in the days of 70 CE, God forbid. The Talmud says that the rabbinic leaders of that day saw what was happening and stood by silently, without protesting. Sometimes, silence speaks volumes.

Edmund Burke wrote in 1795 “The only thing necessary for the triumph of evil is for good men to do nothing.” Words count!

But, there is a proper way to respond. Words count here too!

The outcry from many Jewish groups has been very strong, indeed, powerful. Justifiably so. The government’s actions have been divisive for the entire Jewish people and some of the words have been very hurtful. Some of the reactions, however, have been more than strident; they have been dangerous. In one’s passion to criticize and correct bad behavior and words, one should not punish the entire Jewish people and the citizenry of Israel. One should be careful, when trying to ensure the survival of Clal Yisrael not to hurt Clal Yisrael. One should not urge American Jews to boycott all government officials and to shun the Prime Minister on our visits — or theirs. One should not discourage philanthropic giving to Israeli hospitals and urge American Jews to fly to Israel on the friendly skies of United and Delta, and boycott EL AL. That excessive response to outrageous governmental behavior is understandable, but not practical. It could mean hurting UJA and the Federation movement. It could result in serious losses to AIPAC. In the effort to ensure that Israel does not divide the Jewish people, one could, God forbid, turn Jew against Jew and greatly weaken all of our efforts on behalf of Israel and the America-Israel relationship. The anger may be justified; but the damage must be controlled.

Words count! And can have a lasting, destructive effect.

The most constructive words regarding this controversy, have been expressed, by the leadership of the Conference of Presidents: Stephen M. Greenberg, Chairman, and Malcolm Hoenlein, Executive Vice Chairman. In their statement they announced that they had said in a letter to the Prime Minister that “it is imperative that the government move expeditiously to address this matter and come up with a resolution that is equitable to all, as you sought to do in the agreement that was reached before.” The letter noted that “given all the challenges facing Israel and American Jewry, this is a time when achdut, unity, is more important than ever.” Acknowledging that “there are different points of view,” the Conference leaders wrote that those differences “can and must be brought into harmony to enable a way forward without intimidation, threats or feelings of exclusion…. Delay will only exacerbate tensions and make an equitable outcome more difficult.”

Hopefully, with courageous and sensible leadership in Israel, these words will count!