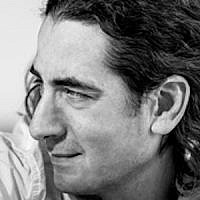 The Blogs
Marty Eisenstein
Apply for a Blog
Please note that the posts on The Blogs are contributed by third parties. The opinions, facts and any media content in them are presented solely by the authors, and neither The Times of Israel nor its partners assume any responsibility for them. Please contact us in case of abuse. In case of abuse,
Report this post.

I, like most Jews around the world, have been in a state of suspended disbelief since the release of the White House statement on January 27, commemorating the 1945 liberation of Auschwitz and the victims of the Holocaust. The statement was found to be devoid of the words “Jews” or “anti-Semitism.”

Jewish leaders worldwide, from both ends of the political spectrum immediately challenged the White House statement, the first of its kind in recent history. The only two glaring exceptions were Ronald Lauder, President of the World Jewish Congress, and Israeli President Benjamin Netanyahu.

Although Lauder had spoken in front of the Athens Jewish Community, on January 27, about the suffering of Jews and Greeks at the hands of the Nazis, one day later he bizarrely attacked the Anti-Defamation League for “playing politics” when they challenged the White House statement.

Equally disturbing was the official response of the State of Israel, delivered by Defense Minister Avigdor Lieberman, “we aren’t looking for a fight, not with the White House nor with anyone else.” This attitude was reiterated by Netanyahu himself after his White House visit, clearly choosing to gaslight the entire American Jewish community in his reframing of the White House as a true friend of Israel.

In this new climate of “alternate facts” and diversionary statements that the 45th President of the United States is generating daily, it is essential, I believe, to take a step back and read the written record of other world leaders on this topic.

British Prime Minister David Cameron: “It is time for Britain as a nation to stand up to say we will remember. We will not allow any excuse of anti-Semitism in our country.”

German Chancellor Merkel:  “We must clearly say, generation after generation, and say it again: with courage, civil courage, each individual can help ensure that racism and anti-Semitism have no chance.”

UN Secretary-General Antonio Guterres: “Tragically, and contrary to our resolve, anti-Semitism continues to thrive…We are also seeing a deeply troubling rise in extremism, xenophobia, racism and anti-Muslim hatred. Irrationality and intolerance are back.”

Canadian Prime Minister, Justin Trudeau:  “… we remember the more than six million Jews murdered during the Holocaust and the countless other victims of Nazi brutality…We must always remember those who experienced the worst of humanity – in ghettos, cattle cars, and Nazi death camps…”

Senator Tim Kaine, Vice Presidential running mate of Hillary Clinton (in response to the White House statement): “The final solution was about the slaughter of Jews…We have to remember this. This is what Holocaust denial is.”

President of the Hellenic Parliament, Nikos Voutsis (On a visit to Israel):  “(Anti-Semitism) is a subject which we fight against firmly…Israel and Greece are the successors of two magnificent cultures, and the two countries share mutual values of democracy. I was glad to hear that you [spoke extensively about] Holocaust memorial enterprises in Greece”.

Also on January 27, in another place in Greece – the northwest town of Arta – Holocaust Memorial Day was being observed with the unveiling of a book entitled “Isaac Mizan-Forearm Number 182641,” by Dimitris Vlachopanos. The book tells the tragic story of the now 90-year-old Greek Jew Isaac Mizan (then aged 16) and the other 350 Jews from Arta who were taken to Auschwitz in 1944.

The book event attracted 500 people, residents of Arta, who are now open to revisiting the past in a healthy, honest way. There is a genuine desire to further their understanding of the events of the horrific period of the Nazi occupation of Greece and to better understand why, the then town leaders, turned over the list of Jewish residents requested by the Nazis.

Equally important to note is that the Government of Greece, in the last decade, has made incredible strides in confronting its own silence regarding anti-Semitism and honoring the memory of the 60-70 thousand Greek Jews killed in the Holocaust. A new Holocaust Memorial & Human Rights Educational Center is under construction in Thessaloniki and when completed will be the largest of its kind in Europe. Thessaloniki’s Jewish community, the oldest in Europe, was present in the city for 2,000 years and was the largest ethnic community of the city between the years 1492 and 1912. Holocaust denial is a crime in Greece, as well as in 13 other European countries.

Mizan, having lost two sisters, their two husbands and their baby children, returned from Auschwitz, after its liberation, with his older sister (now 93) and 18 other Artan Jews. He got married and raised a family and now lives in Athens.

I am a professional musician and guitar teacher in Athens. I am blessed to have both of Isaac Mizan’s ten-year-old grandchildren – twin brothers – among my students.

It is important to note, also, that Ronald Lauder is a true friend of the Greek Jewish Community. The Athens Jewish Day School, where my two students attend, was hurting severely for funds the last seven years, due to the Greek economic crisis and increased security expenses. The school was truly saved in recent years by the Lauder Foundation and was renamed “The Lauder School of the Jewish Community of Athens.”

It is no secret that Mr. Lauder was University classmates with and business associates of the current President of the United States. Similarly, Mr. Netanyahu can hardly conceal his delight with the new presidential administration in Washington.

We all have been witnesses to the blatant use of gas lighting and “dog whistles” (exciting the base of White Supremacists through statements such as that made by the White House) throughout the 2016 US presidential campaign. It is time that both Mr. Lauder and Mr. Netanyahu take stock of their positions as leaders on the world stage and see just who is playing politics or business. It is time they both fully take to heart the fact that the world admires the Jewish people and its deep penchant for remembering its history. It is time they both stand with the entire Jewish world and challenge the White House statement; That they be able to look my two- ten-year-old students in the eyes acknowledging the cattle cars mentioned by Prime Minister Trudeau, the journey of their grandfather and their great aunts in those cars, the murder of 330 Jews from Arta, the 60-70 thousand from Greece, and the six million Jews who were killed in the Holocaust of European Jewry by the Nazis.

About the Author
Marty Eisenstein, originally from Cleveland, is a musician, Cantorial Soloist and guitar teacher in Athens, Greece. Throughout this past year of lockdown, he takes long walks every other day, most often accompanied by a soundtrack in his head, of among other things, the incredible songs from the 1973 hit album Sipurei Poogy by the Israeli rock band Kaveret.
Related Topics
Related Posts
Comments