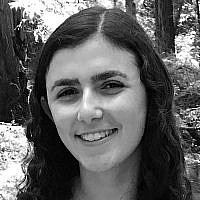 The Blogs
Josephine Schizer
Apply for a Blog
Advertisement
Please note that the posts on The Blogs are contributed by third parties. The opinions, facts and any media content in them are presented solely by the authors, and neither The Times of Israel nor its partners assume any responsibility for them. Please contact us in case of abuse. In case of abuse,
Report this post. 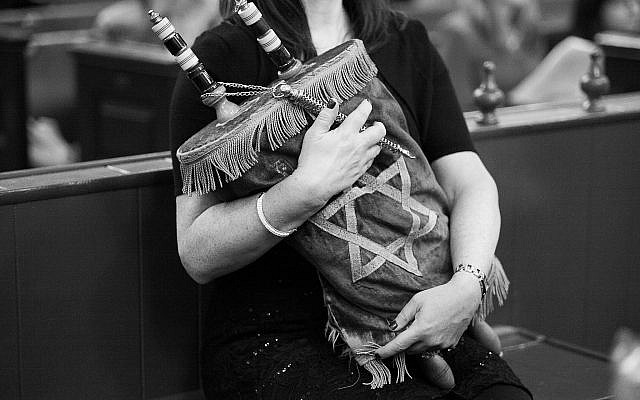 In Modern Orthodox minyanim today, it is increasingly common for women to carry the Torah through the women’s section. However, even in minyanim where this is allowed, there is a reluctance on the part of many women to accept this honor. A common refrain is a fear of dropping the Torah. However, I don’t think that this wariness toward carrying the Torah stems solely from a fear of dropping it; a combination of factors limits Orthodox women’s exposure to the Sefer Torah, creating an unspoken taboo and innate wariness.

I have never heard a man refuse to carry the Sefer Torah because he is afraid that he will drop it. The fear of holding the Torah is ingrained into Orthodox women throughout their lives, sustained by the rarity of such opportunities. Orthodox women’s lack of experience holding the Sefer Torah makes them feel nervous about interacting with it, unlike men who have these experiences all the time.

Reluctance to participate in rituals isn’t an issue solely on the female side of the mechitzah. On the men’s side, it’s not always easy to find volunteers to leyn or daven daily. Nonetheless, men’s reticence to lead davening isn’t an exact parallel to women’s reluctance to carry the Sefer Torah. Carrying the Torah requires neither expertise nor practice, whereas leading davening is more skill-based. Presumably, most of the men who decline to daven worry that they don’t know the tefillot well enough to lead; this issue shouldn’t apply to women who decline the honor of carrying the Torah.

Even so, carrying the Torah still makes women extremely nervous about doing each step of the process exactly right: being at the front at the correct time, knowing when to take the Torah from the chazzan and how to carry it, where to bring it, how fast to walk, and how to return it to the chazzan. Women’s limited opportunities and lack of experience in this area make the simple act of carrying the Sefer Torah much more fraught for a woman than it is for a man.

There is also a difference in expectation. Boys grow up seeing their fathers carry the Sefer Torah, and once they become bar mitzvah, it is expected that they will as well. For girls, this is not the case. First, unlike boys and their fathers, girls’ mothers often cannot be role models in this arena because they themselves haven’t had the chance to participate. Second, the expectation of participation that is incumbent on bar-mitzvah aged boys doesn’t apply to girls in the Modern Orthodox community. This is evident from the fact that almost all Modern Orthodox boys leyn and lead davening at their bar mitzvahs, but most Modern Orthodox girls opt to celebrate their bat mitzvahs with a Dvar Torah and a party instead – no leading davening and no leyning. If girls aren’t even expected to participate in davening at their bat mitzvahs, how can we expect them to take on leadership roles later?

Then, there is the question of halacha. Despite the fact that numerous sources have established that it is halachically acceptable for women to carry the Torah, there is an oft-cited misconception that women who are in niddah are not allowed to touch a Torah scroll. In fact, touching a Torah scroll while tameh (ritually unfit) cannot render the scroll itself tameh, so this is not an issue. (In fact, if tumah could be transferred to Torah scrolls, none of us – men or women – would be allowed to touch the Torah at all because, in today’s day and age, everyone is tameh.) This misconception is prevalent among not only those who disapprove of the practice but also women who would like to carry the Torah; there have been several times when I have asked women to carry the Torah and they have responded, “I’m on my period – can I still carry it?” The answer is emphatically yes.

Additionally, there is the question of this practice being socially acceptable. In many communities, having women carry the Torah is perceived as overly progressive. For women in those communities, carrying the Torah is associated with an unfortunate stigma of being too “radical” or “feminist.” I believe that this perception is detrimental to creating an environment in which both women and men have the opportunity to fully engage with Torah.

Furthermore, many women don’t translate their ideology into action to the necessary degree. Even women who believe strongly that, in principle, the Torah should come through the women’s section, often decline the opportunity to carry it. It is important to realize that the Torah can only come on the women’s side of the mechitzah if there are women to carry it.

Ultimately, it is important to acknowledge the halachic validity of this enterprise and its value in increasing participation on the women’s side of the mechitzah.

About the Author
Josephine Schizer is a senior at the Ramaz Upper School in Manhattan. She is the Co-Editor-in-Chief of her school newspaper, The Rampage, and a member of the Fresh Ink for Teens editorial board. Additionally, she is Co-Captain of the Ramaz Model Congress team and organizes a monthly women’s tefillah group at her synagogue, Congregation Ramath Orah. Next year, she will be attending Harvard University.
Related Topics
Related Posts
Comments