This week I just finished guiding a mission to Israel for “Write On for Israel.” This program for American high school juniors and seniors from the Tri-State area is a highly regarded two-year Israel advocacy course, sponsored by the Jewish Week of New York, aimed at preparing the participants for the anti-Israel battleground that is the North American college world.

The participants come from many different backgrounds of religious affiliation, political beliefs and schooling. The common factor in this pluralistic group is the students’ love of Israel and desire to receive the knowledge and tools to be effective advocates for the Jewish State. The culmination of the program is a weeklong mission to Israel. In addition to touring, the group gets to meet diverse presenters from across the religious and political spectrum including key journalists, IDF officers and soldiers, Israeli and Palestinian Arabs and Israelis from all walks of life. The intense itinerary focuses on Israel as a modern dynamic society full of rich diversity and invites the participants to both grapple with the issues facing Israel and celebrate Israel’s achievements. 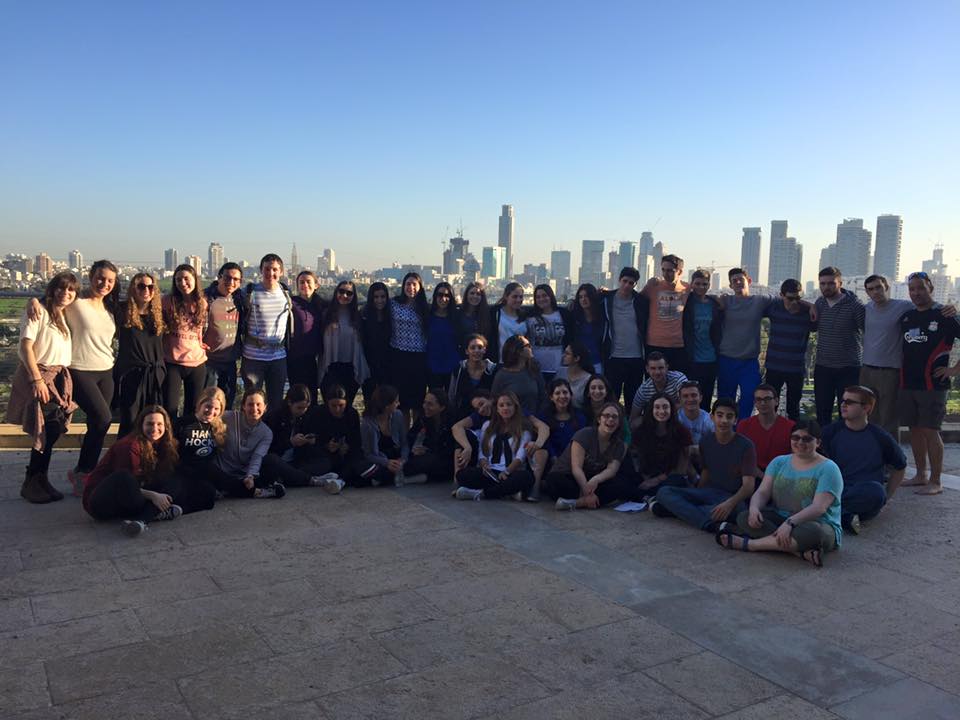 This year we started by learning the importance of leadership through sheep herding in the Naot Kedumim nature reserve surrounded by a carpet of wildflowers. We then travelled to the Rabin Center in Tel Aviv to learn about the life and legacy of Rabin and were privileged to hear from Lt. Col. Peter Lerner, the head IDF spokesman, on how his team is working around the clock to portray the IDF as the humane army it is. 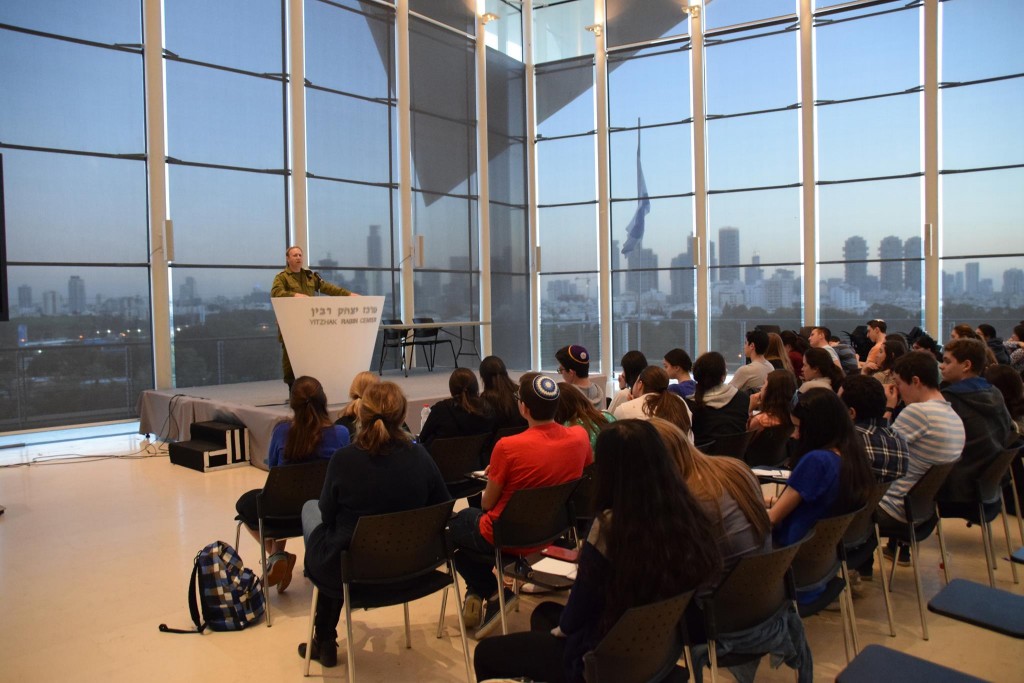 The following day we ascended the Golan Heights where we witnessed firsthand the strategic importance of the Golan and literally observed the devastating civil war in what is left of Syria. That evening were honoured to visit the base of an elite IDF unit where we were present as the soldiers marked the completion of over a year of basic training with a grueling march. To show our appreciation for their service we partnered with Lone Soldier Center in Memory of Michael Levin to provide a barbeque dinner for these young warriors where the American participants were able to mingle with their Israeli peers in a “mini Mifgash.” In addition to the native born Israelis, there were “Lone Soldiers” from Australia, India, New Zealand, South Africa, UK and the USA serving in the unit. Hearing from the faces “beneath the helmet,” and learning from them how much care is taken to avoid civilian casualties and about the high moral standards of the IDF, deeply moved the students. Not only did it humanise these young defenders of our land, it broke stereotypes of the bloodthirsty Israeli soldier propagated on North American college campuses and throughout Europe.

We heard from Lt. Colonel (reserve) David Benjamin, who is an officer in the IDF’s legal corps, how the IDF doesn’t just have the right but the obligation to protect the citizens of Israel, as that is its raison d’etre. The lines get blurred when the munitions and terrorists are embedded in a civilian population. Nevertheless, the IDF has to sometimes make hard decisions, based on international law and deep moral and ethical considerations, and are indeed obligated and entitled to protect the citizens of Israel. Benjamin reminded us of the observation by Colonel Richard Kemp, former commanding officer of the British forces in Afghanistan:

The Israeli army have taken greater steps then any other army in the history of warfare to minimize the harm to innocent civilians in a combat zone.”

Another stereotype was shattered during our visit to “Save a Child’s Heart” (SACH) at the Wolfson Medical Centre in Holon. The Save a Child’s Heart organisation provides life-saving cardiac surgery and other life saving procedures for children from developing countries free of charge. Our group met with an Israeli Jewish surgeon and an Israeli Arab social worker who work side by side. According to the mission statement on its website is,

An Israeli-based international humanitarian project, whose mission is to improve the quality of pediatric cardiac care for children from developing countries who suffer from heart disease and to create centers of competence in these countries. SACH is totally dedicated to the idea that every child deserves the best medical treatment available, regardless of the child’s nationality, religion, colour, gender or financial situation.”

Many of the group were deeply moved and asked why there is so little awareness and appreciation in the outside world for all the good that Israel does for the world.  Dr. Daniel Gordis, who also addressed our group, succinctly summed it up when he stated that, in addition to striving for the benefit our own citizens: 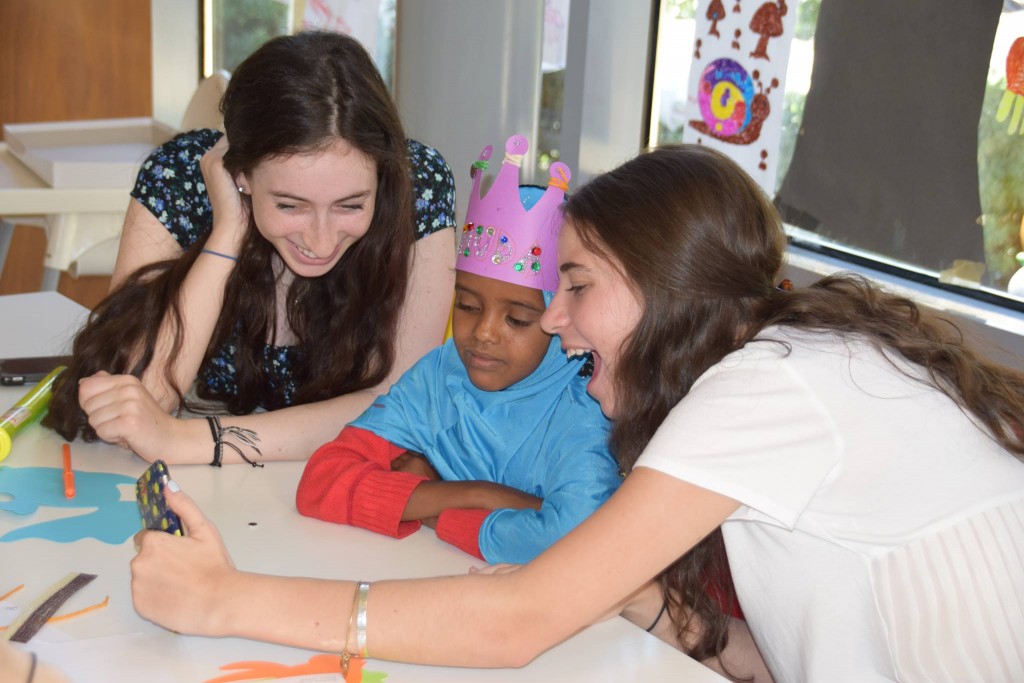 David Horowitz, the articulate and affable founding editor of the Times of Israel met the group at its concluding dinner and effectively explained the realities facing Israel — that it is surrounded by enemies on all sides, and that army service is done out of necessity, not choice. Israelis dream about peace, and given the realistic choice, they would gladly trade in their guns for plowshares. He also the added following gem to the students,

If you had a moment of clarity during your visit about the Middle East, you’re delusional, the reality is far more complicated.” 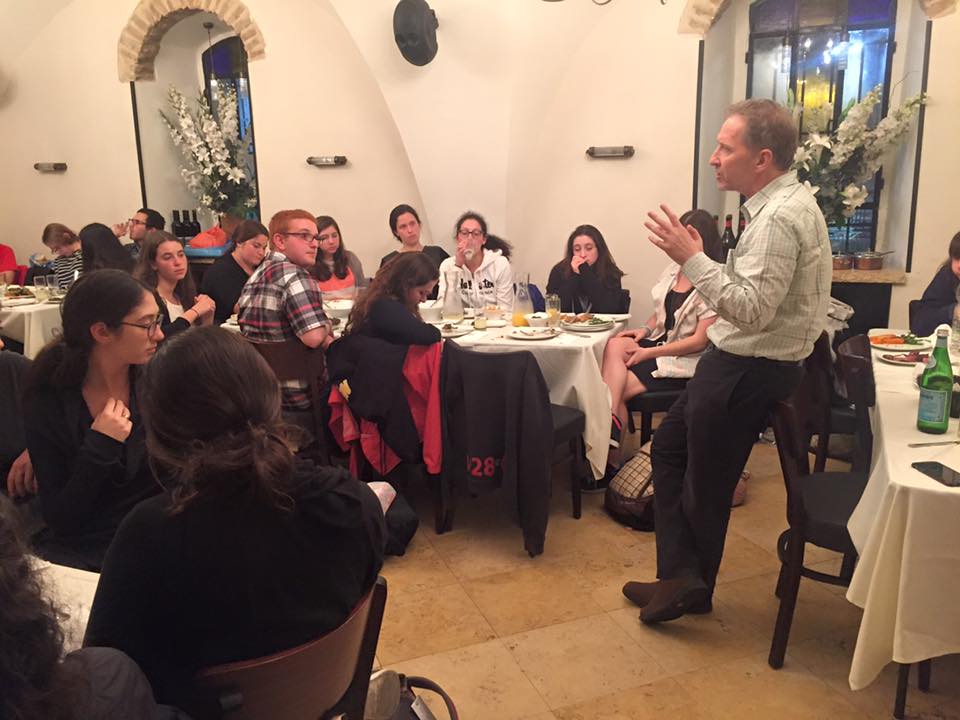 These bright young teens with their different backgrounds, religiously and politically, many of whom are about to enter prestigious colleges across the USA, witnessed first hand that Zionism is not a monolithic movement that brokers no argument. Rather it is multi-faceted and dynamic, with factions on the left and right, religious and secular, and is a living movement whose uniting link is love for Israel. The “Write On for Israel” participants will be able to take with them to the university campus the magic of their visit to Israel and will be able to make the case for Israel using the three rules for advocacy; knowledge, passion and delivery.