Dear Yachad, where do you stand on the so-called “Right of Return” for the Palestinian refugees?
No Palestinian leader has ever flagged the intention to give up with such a request, nor even the “moderates”, those you appear publicly with.

You, Yachad, speak of “demographic threat”: you are persuaded (and I agree with you) that the world needs a State with a Jewish majority, where Jews can find shelter. But the Palestinians disagree. They believe they have the right to “return” inside Israel -not inside the ANP administrated territories. When they speak in Arabic, they make no mystery of what they want to achieve with such a “return”. Since the Oslo Accords diplomats and negotiators have deluded themselves, it was possible to postpone discussing this matter. But the Palestinian leaders are clear, do not want to negotiate, and won’t accept any compensation. Return is what they want, and the end of Jewish self-determination is part of their agenda.

Yachad, why you don’t want to talk about this?

Yachad, you came into the Jewish scene with an aura of expertise. Your people led sessions with a plethora of data, demographic and military.

Your point was that the Occupation was unsustainable and that Israel could turn into a Jewish non-democratic State. A diplomatic catastrophe. You said that to make peace with the Arab world, a Palestinian State’s birth was necessary.

Yet, you have missed the Abraham Accords. It turned out that Arab Countries can establish diplomatic relations with Israel, even if Israel does not leave Jerusalem.

Yachad, you failed to tell us that Arab Countries see the advantages of economic cooperation with the Jewish State.

Pardon my language: how can you sell yourself as credible when you’re unable to see that such a significant change was coming.

I trusted your expertise, Yachad. Never in my life, I thought I could see Arab diplomats and Muslim religious leader celebrate Chanukah at the Kotel. You made me believe it was impossible. Well, it happened, and you have refused to join the celebration.

You think I sound angry? But you are Jews who refuse to celebrate Channukha along with Muslims!

Dear Yachad, look at me. I am a brown-skinned Mizrahi Jew. My Iraki grandfather survived the pogroms in 1941. Part of my family was slaughtered in Hebron in 1929.

Don’t tell me there were antiZionist rebellions. They were antisemitic, not different from what was going on in Germany at the same time.

My mother was in the Jewish orphanage in Aleppo that a mob put under siege in 1947.

When Algeria gained independence -following a struggle which many Palestinians regard as a model- my folks were deprived of citizenship. They thought that in an Arab Country, religion could be separated from citizenship.

How wrong. And how lucky not to be in Constantina, 1934: young Jewish girls gang-raped, hanged bodies of Jewish children entire families were burnt alive.

There was no place for us in liberated Algeria. So we had to move to Israel Yachad, why you never talk about me? I see your white faces, I hear your impeccable accents, and I feel you do not want me even to ask for compensation.

You say you are pro-Israel, Yachad. But you don’t seem to get that I am alive because Israel exists.

And then there is the son who cannot ask.

There is the working-class Jew who has not to deal with the “Israel apartheid week” on campus. He often says to his Rabbi that he does not understand why a Jewish organisation should embrace the Palestinian narrative.

There is one who has relatives in Israel. Like them, he hates the Occupation but likes the settlers. Or at least he knows -and he says it to his Rabbi- that “the settlers” are regular folks, not fanatic nationalist hunting for the blood of Arab children. But there is no place for him or for his relatives in the Yachad’s narrative. The Rabbi feels the frustration of this young congregant. He is often smeared as racist, and his family treated as criminals.

There is another who read of a petition, 500 signatories. It is a small portion of the total Jewish population, But the media attention is all for them. How famous Jews become when they condemn other Jews… These 500 are treated as if they were the totality of British Jews, while there were not. Actually, they were even less. It turned out that some name has been added without asking the signatories. The son who cannot ask would like to ask indeed: would you trust someone who makes this kind of mistakes in delicate matters such as international politics?

The genius of the Haggadah is its inclusivity.

The reactions, the objections, the protests of all the four sons are part of the narrative. Every Jew can be or has been one of the sons: wise, aggressive, simple or speechless.

They are all entitled to question. No one is ignored.

How different things are, with Yachad. 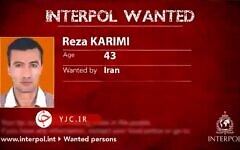