This past Week Yair Bookai, a Lone Soldier from Argentina found out he was no longer alone. Yair came all the way from Argentina to serve our people and our country. He volunteered for a combat unit in the IDF. When his mates in his unit realized that his parents couldn’t afford to come over to see their son finish basic training and the traditional beret march, they and their families made a collection and flew his parents in for the special day from Argentina. The emotion on everybody’s faces is palpable. What a special moment, what special friends, what a special family.  What a special soldier. 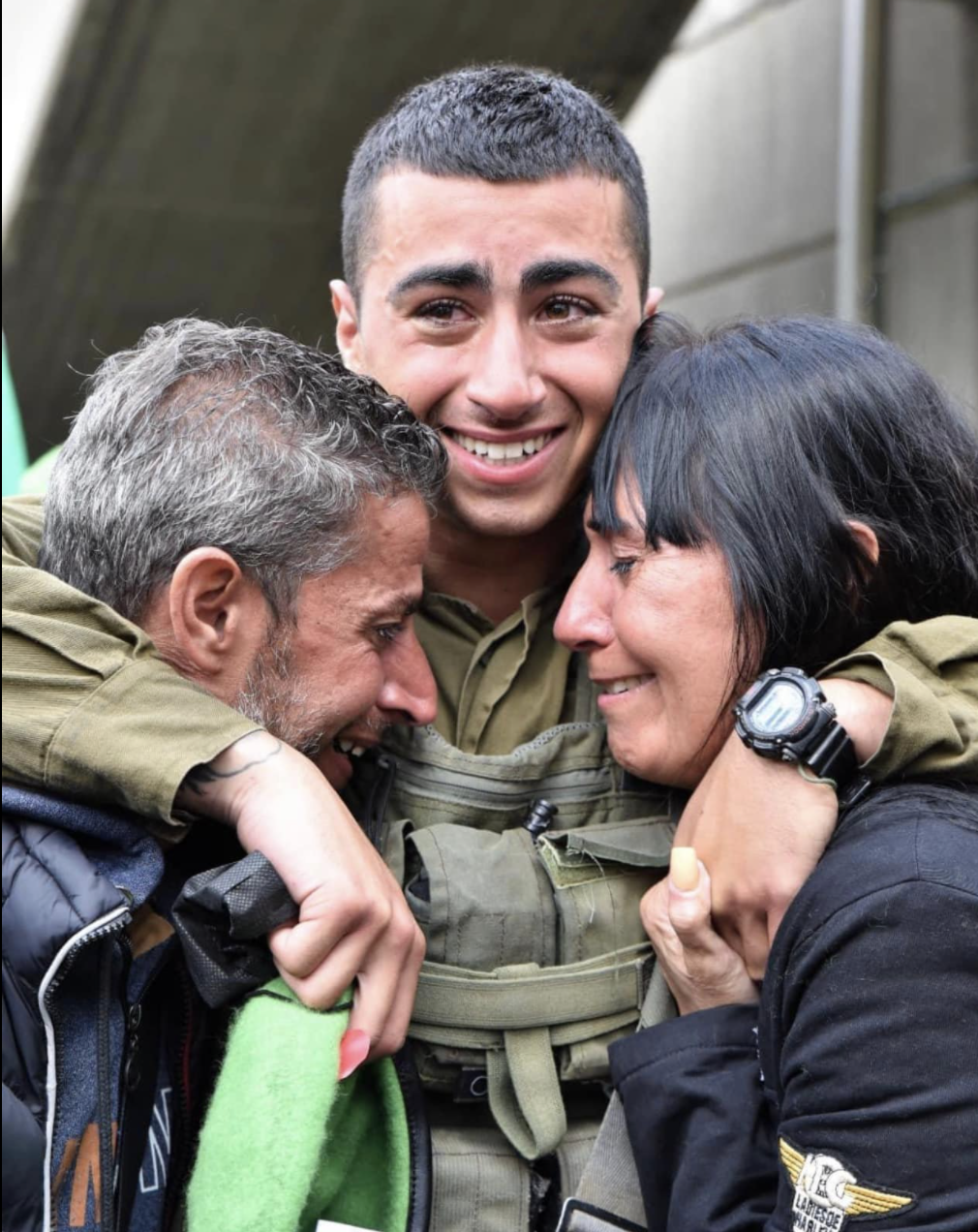 Right across the political and religious spectrum we are all united behind our youngsters serving in the IDF.  These brave individuals who are putting their life on the line for the safety of our homeland and the future of the Jewish people. The face beneath the helmet of these selfless teens is the face of our Zionist dreams and hopes.   There is a small but important group of soldiers within the IDF, the few thousand “lone soldiers.”  Those brave and ideologically motivated individuals, who leave the comforts of their homes and family in the western world and come to serve our Jewish homeland in the most meaningful way.

Having served as a chayal boded (Lone Soldier) in a combat unit myself I understand where these brave youngsters are coming from and what motivates them to serve.  The number of times I heard from my fellow IDF comrades, “Why are you here?  Why don’t you enjoy the good life abroad?” was more than balanced by the respect and admiration.  I come from a family where my mother’s side was almost annihilated in the Holocaust precisely because they were Jews, and there was nowhere to run, nowhere to hide and no one to protect them. They were murdered, together with the other six million Jews, because we were not in charge of our own destiny and had to rely on the pity of our host nations. I remember thinking university will always be there, but now at this stage in my life, and this juncture in our people’s history, it is more imperative for me to have the honour of defending our people. It is with those thoughts that I found myself a few months later in front of the Kotel as I received my rifle and Bible swearing the oath to,

Devote all of my strength, and even to sacrifice my life, in the defense of the homeland and the freedom of Israel.

This is what motivates the 6500 Lone Soldiers who are currently serving with distinction the IDF.

It is heart-warming in these times to meet these special, selfless, and proud Jewish young people, who come to give and not to take, and who represent all that is good about the miraculous times we live in.  After almost two stateless millennia we live in a fortunate era where we oversee our own destiny in our own land, and we have good people to show us the way.  We live in a fortunate generation where Jews can once again defend their land and people and oversee their own destiny. To serve as a lone soldier with all the stresses, physiological, physical, and emotional being so far away from family and friends is not easy.

To honor Michael Levin, an American born Israeli paratrooper originally from Pennsylvania who was killed in the Second Lebanon War in 2006, and all the “Lone Soldiers,” his family and many friends, together with other former “lone soldiers” have opened Lone Soldier Centers. They provide many useful services to lone soldiers such as, helping to finding housing, acquiring furniture, organizing Shabbat and holiday meals, counseling and most importantly a place to feel at home.  In addition, the recently founded organization “The Base” aims to support not only Lone Soldiers but Lone B’not Sheirut (National Service girls) as well as Olim families and Olim soldiers drafting to the IDF. This is a cause we should all embrace to show our lone soldiers that they are no longer alone.

As we celebrate Israel’s 74th year of independence this year it is important for us to show our support with actions and deeds for these brave defenders of our State and our Jewish freedom.  We are soon celebrating the Passover, the festival of freedom, but freedom isn not free.  Israel is Israel because of the young men and women who serve and are prepared to lay down their lives for the sake of the Jewish people, the Jewish homeland, and the Jewish hope, “To be a free people in our land after two thousand years” (Hatikvah) 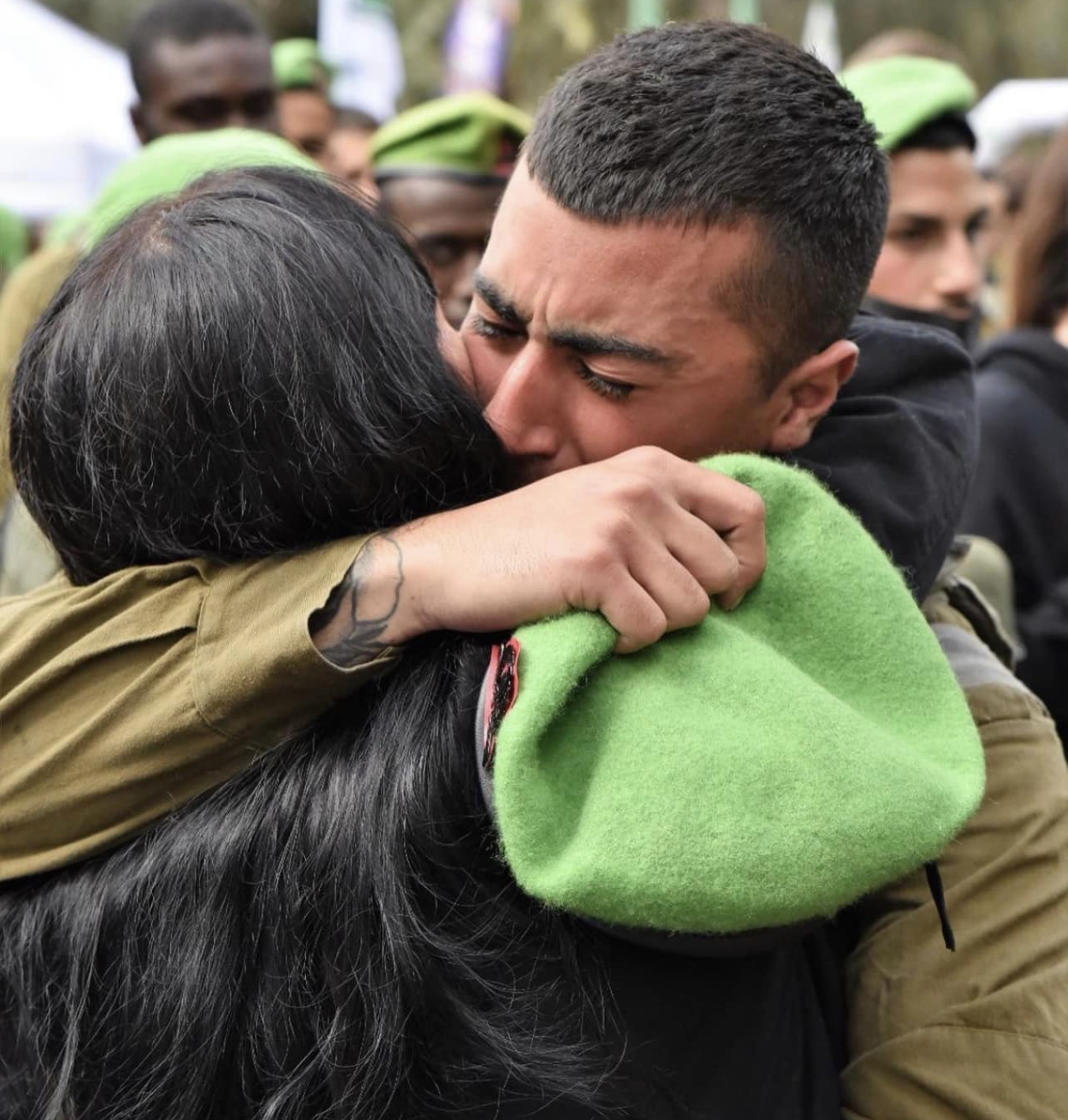 IDF Lone Soldier Yair Bookai. Photo (c) IDF, 2022
About the Author
Dr. Tuvia Book was born in London and raised in both the UK and South Africa. After making Aliya at the age of 17 and studying in Yeshiva he volunteered for the IDF, where he served in an elite combat unit. Upon his discharge he completed his BA at Bar-Ilan University, as well as certification in graphic design. He then served as the Information Officer at the Israeli Consulate of Philadelphia, while earning a graduate degree in Jewish Studies. Upon his return to Israel, Dr. Book graduated from a course of study with the Israeli Ministry of Tourism, and is a licensed tour guide. Tuvia has been working in the field of Jewish Education, both formal and informal, for many years. He has guided and taught Jewish students and educators from around the English-speaking world for some of Israel’s premier educational institutions and programs. Tuvia has been guiding groups for Birthright Israel since its inception and, in addition, has lectured throughout North America, Australia, Europe and South Africa. Tuvia served as a Shaliach (emissary) for the Jewish Agency for Israel as the Director of Israel and Zionist Education at the Board of Jewish Education of Greater New York (Jewish Education Project). He was a lecturer/educational guide at the Alexander Muss Institute for Israel Education (AMIIE) in Israel for a decade. Tuvia has lectured at both Bar Ilan University and Hebrew University. He was a Senior Editor and Teaching Fellow at the Tikvah Fund. He is a research associate at the Hudson Institute. Tuvia is the author and illustrator the internationally acclaimed Israel education curriculum; "For the Sake of Zion; A Curriculum of Israel Studies" (Fifth edition, Koren 2017), and "Moral Dilemmas of the Modern Israeli Soldier" (Rama, 2011) and has a doctorate in Israel Education. His latest book, "Jewish Journeys, The Second Temple Period to the Bar Kokhba Revolt – 536 BCE-136 CE," was published by Koren this year. To order: https://korenpub.com/products/jewish-journeys
Related Topics
Related Posts
Comments