I was talking to some people about the vacation that I just had in Israel and how much I enjoyed it when someone quipped, “You do realize that while you were having fun in Israel, Palestinians were getting killed in Gaza, right?”

Actually, yes, I realize that, and I do not regret it one bit. I loved the beaches, the many museums, memorials, gardens, caves, landscapes, art fairs, and shops in Tel Aviv, Jaffa, Neve Tzedek, Caesarea, Haifa, Golan Heights, Tiberias, the Dead Sea, Jerusalem, and other places. I had delicious meals at Arab-owned and Jewish-owned restaurants, and I enjoyed cold Israeli beer. I walked, swam, and sunbathed for two weeks in beautiful Israel. I felt safer than in Paris, Rome, and most American cities. 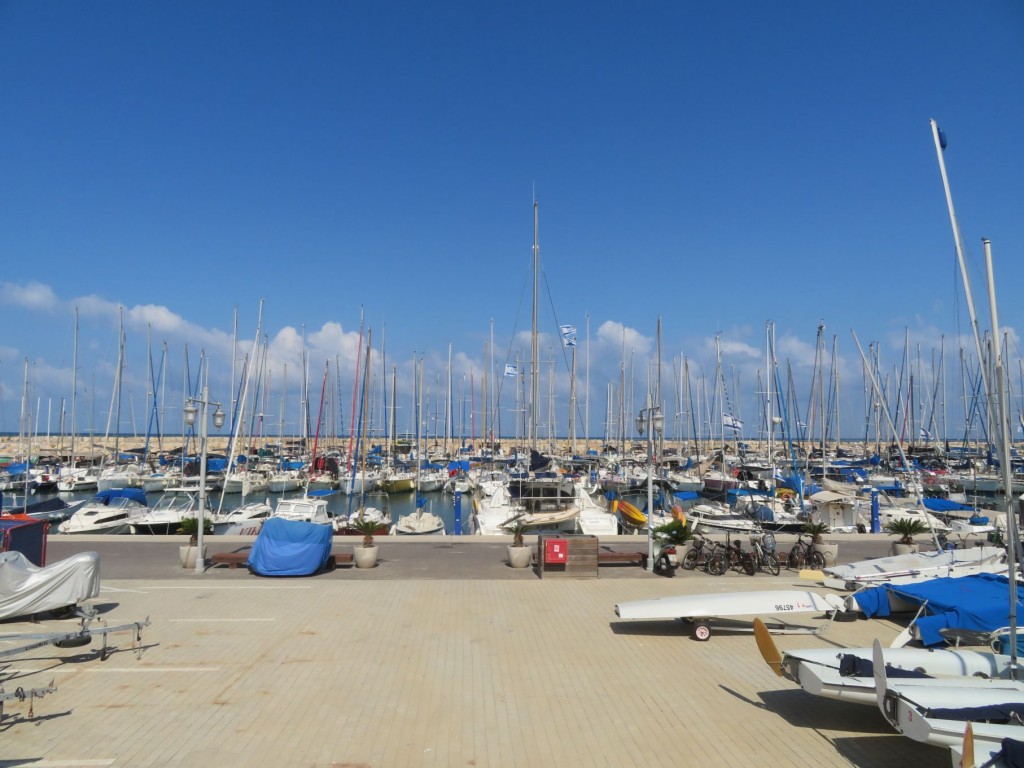 I enjoyed myself even more knowing that unlike some other people who decided to boycott Israel over the events in Gaza, I made the correct moral choice and I did not boycott Israel. 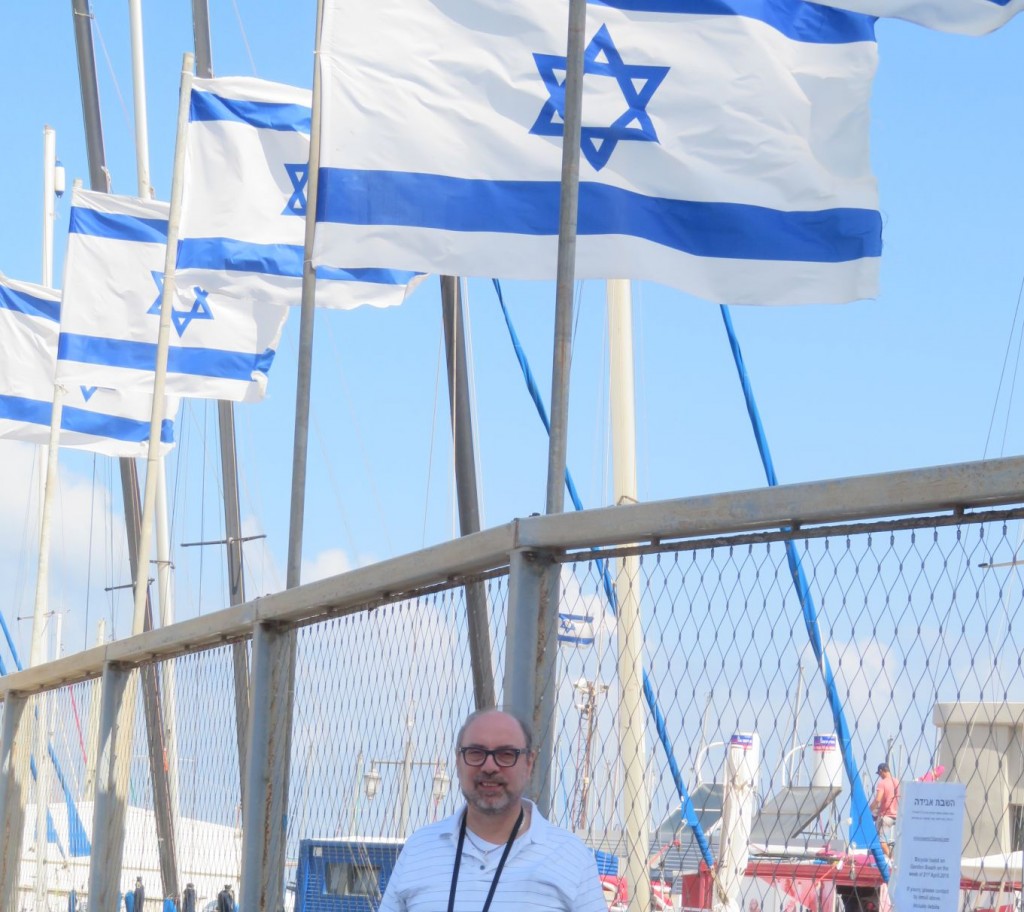 Me at Marina in Tel Aviv

I am sorry for the Palestinians who were killed, particularly for the ones, if any, who believed Hamas’ lies that the demonstrations would be peaceful. I do not wish anyone dead or injured. Had I boycotted Israel, I would not have prevented the deaths nor would I have helped the Palestinians in any way.

Whatever the reason that Gazans are engaged in violent riots and attempts to breach the Israeli borders, Israel has the right to defend itself. If Palestinians do not wish to see themselves or their relatives die or be injured, the answer is simple: they should stick to peaceful events, and they should not use violence. They can make that choice regardless of whether I or anyone else is vacationing in Israel.

I understand that the blockade of Gaza imposed by Israel and Egypt is very frustrating to Gazans, and no one should have to live with such restrictions; however, Gazans need to remember that when Israel withdrew unconditionally and unilaterally from Gaza in 2005, there was no blockade of any kind. The blockade was imposed two years later only after terrorists started attacking Israel.

If Gazans want an end to the blockade, they need to understand that there is only one way to achieve that goal, and it is to stop threatening and attacking Israel. Terrorist violence is the reason for the blockade, therefore more violence is hardly the solution. Gazans need to place the responsibility squarely where it belongs, on the terrorists who rule them.

Those who are sincere in wanting to help the Palestinians should repeat this simple truth instead of blaming Israel. Blaming Israel may be the trendy and popular thing to do, but it achieves nothing, and it is morally wrong.

I am lucky and privileged as an Arab to have been able to visit Israel. I wish that Jews were welcomed as tourists and as citizens in Arab countries just as Arabs are welcome in Israel. While I lived in Lebanon, for almost 24 years, I did not meet a single Jewish person, but in Israel I met many Arabs and many Jews, working together and living side by side; I often could not tell who was Arab and who was Jewish. Israel is the modern and liberal society that every Arab country should aspire to be.

So yes, I enjoyed my vacation, and I feel absolutely no guilt in saying so. Those two weeks were the best vacation of my life. I would do it again in a heartbeat. 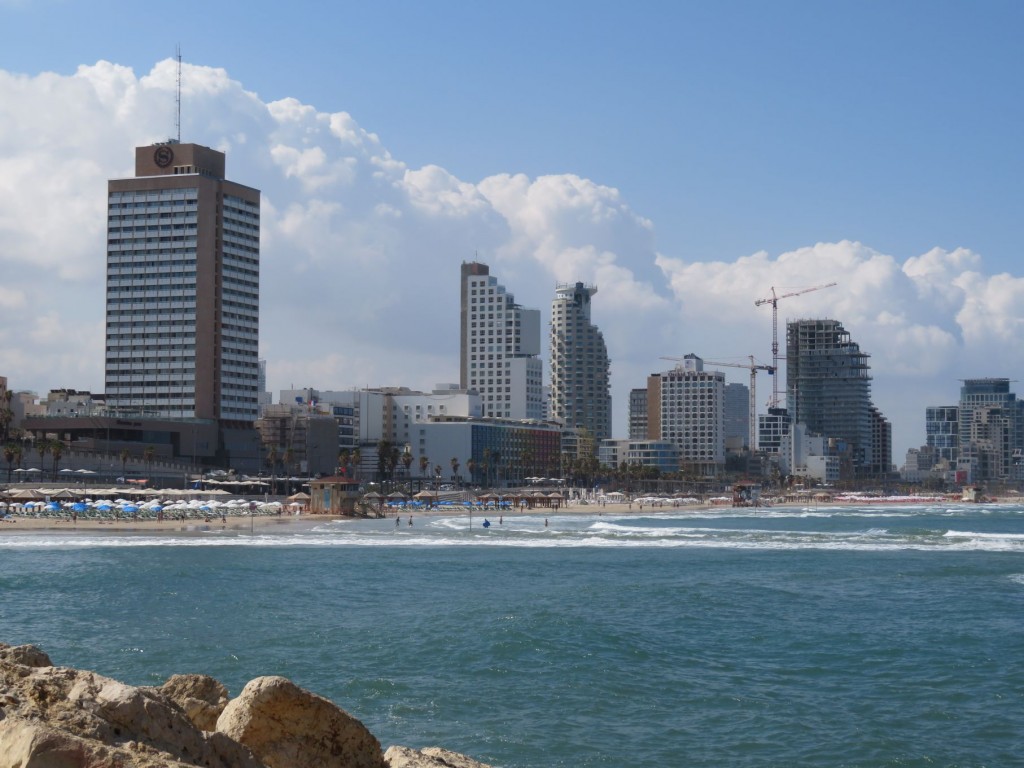 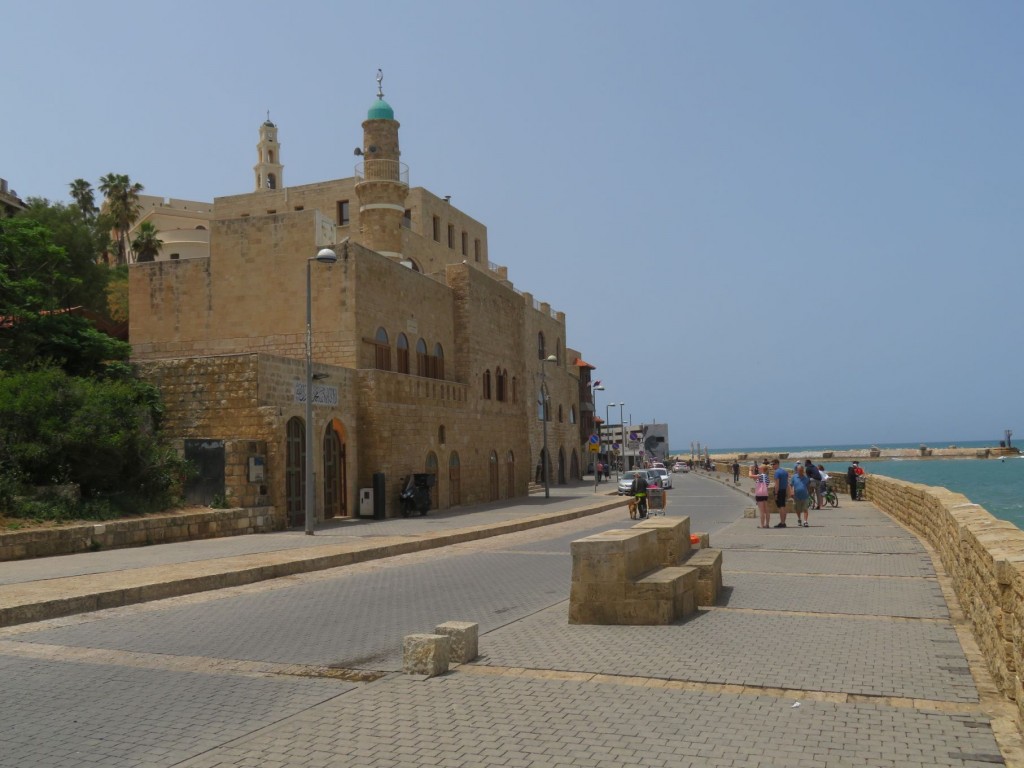 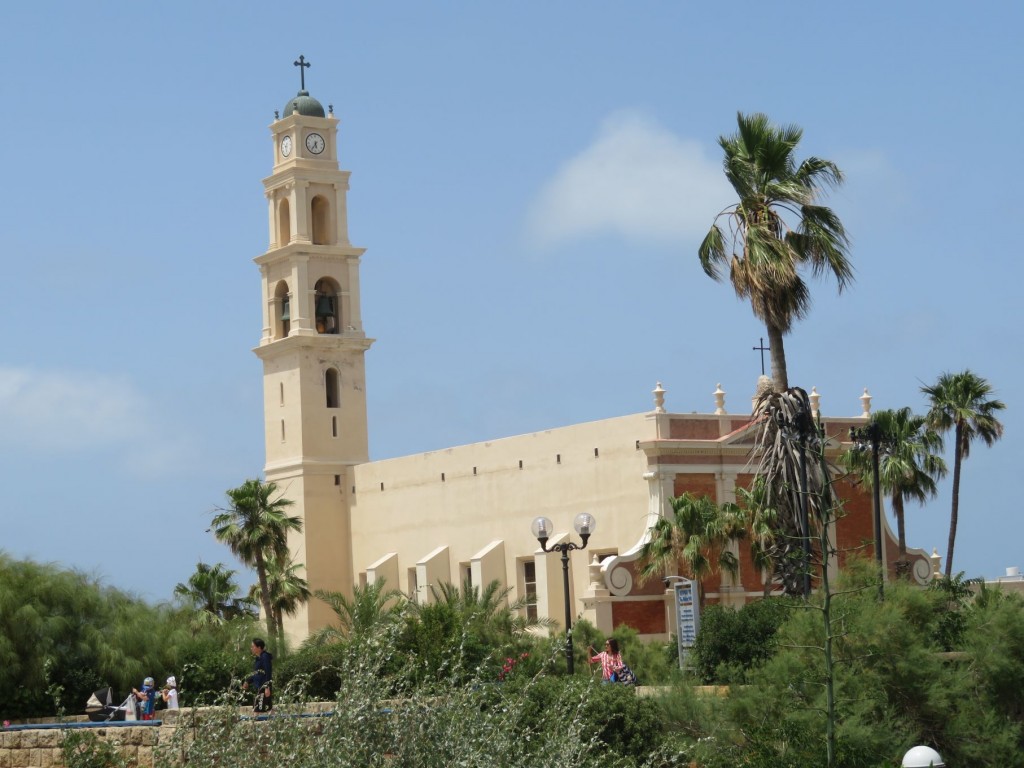 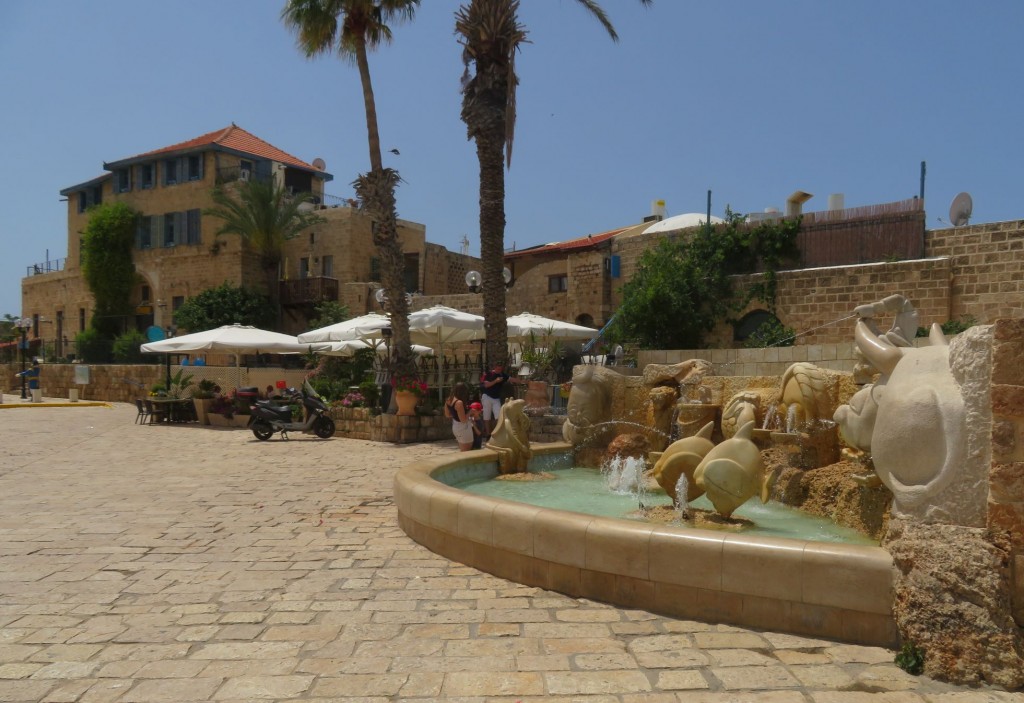 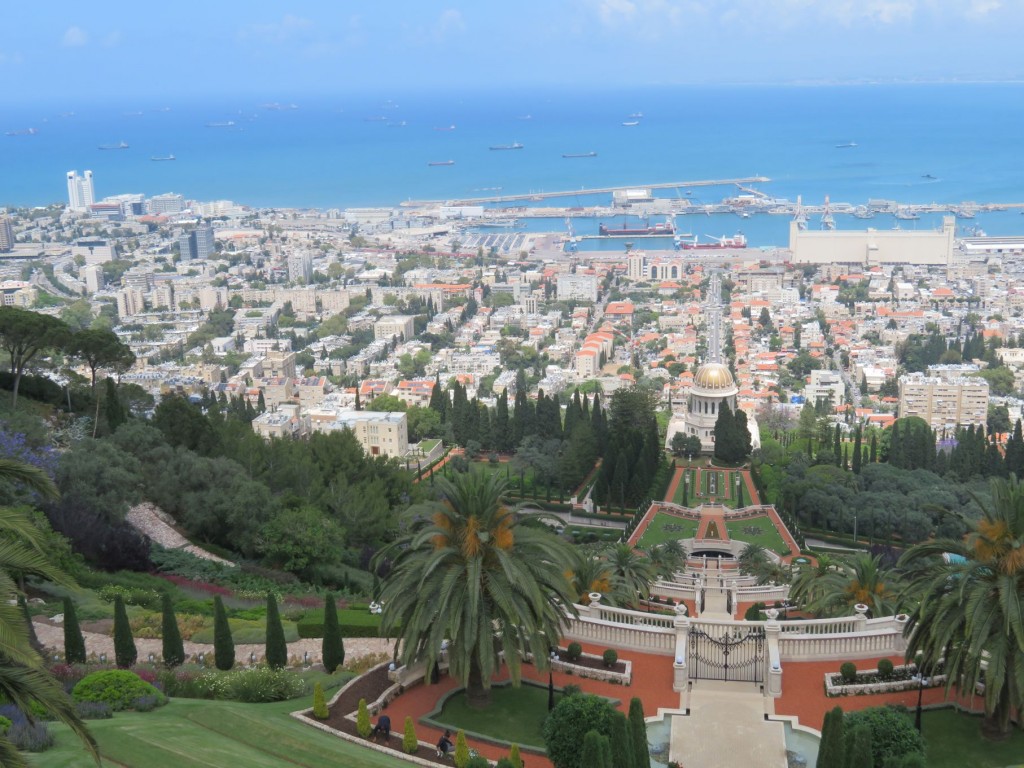 Bahai Gardens in Haifa
About the Author
Fred Maroun is a Canadian of Arab origin who lived in Lebanon until 1984, including during 10 years of civil war. Fred supports Israel's right to exist as a Jewish state, and he supports the Palestinians' right to self-determination in their own state. Fred supports a liberal and democratic Middle East where all religions and nationalities, including Palestinians, can co-exist in peace with each other and with Israel, and where human rights are respected. Fred is an atheist, a social liberal, and an advocate of equal rights for LGBT people everywhere.
Related Topics
Related Posts
Comments