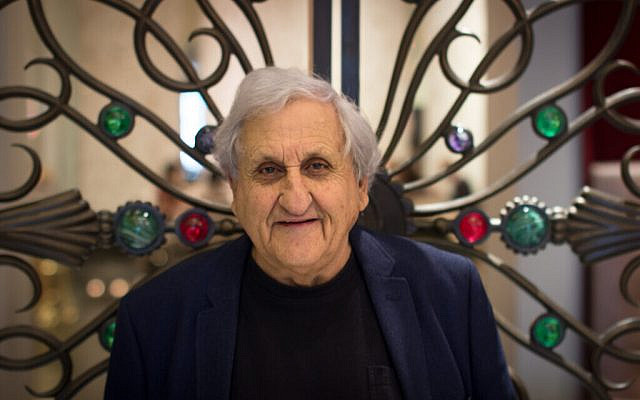 There is a fashion nowadays to mock supporters of the two-state solution and call it impossible. It suits both the hard right and the hard left. But the new converts to this come from the left. Their poster child is novelist A.B. Yehoshua, and the discussion it has generated in some circles this week has been at a fever pitch.

The foundation for this discourse is that Israel is faced with a choice between territorial integrity, the preservation of democracy and a Jewish state; only two of the three can coexist, and serious people must select which of the three to jettison. The objective reason for this is that the Jewish and Arab populations in the Holy Land are about equal at 7 million apiece, and no trick has yet been devised to enable a state to be democratic while denying its residents rights en masse.

The hard right lets go of democracy without hesitation, and therefore opposes a two-state solution. Its supporters see no reason why Israel shouldn’t control millions of people who cannot vote for the government that governs them, using whatever force is needed.

The hard left lets go of the Jewish state. Its supporters see no reason why Israel should deny citizenship to the West Bank Palestinians in a territorially complete state, since in their eyes nation-states are anachronisms (and some do not see Jews as a nation, but that is a matter for another discussion).

The moderate right is confused. They want all three and so they are sometimes called names by the left, which causes all kinds of offense and makes the left seem elitist.

Support for a two-state solution has historically depended on the moderate left, or the “Zionist left.” Its supporters have historically let go, with regret, of territorial integrity.

For this, they were willing to take risks. And there is no doubt that there is a risk, known to Israelis as “rockets on Kfar Saba,” a Tel Aviv suburb. It refers to the fear that if Israel leaves the West Bank, Hamas will take it over just as it did in Gaza, leading to chaos.

Supporters of the moderate left have found different ways to deal with this problem. Some deny its existence (and rightly are called “naive” by the right); others prefer saber-rattling (“We will recapture the territory if  need be”); myself, I toy with removing most of the settlers and leaving the army in place as a security measure and nothing more, with no colonization aspect, until a better idea emerges.

The new development is that people like A. B. Yehoshua are saying that a two-state solution is impossible; not that it always was so, but that it has become impossible because of the number of settlers in place. Mr. Yehoshua writes in Haaretz: “The tremendous number of settlements and the annexation of East Jerusalem have, in my opinion, shattered the possibility of a reasonable and fair division between the two peoples in the Land of Israel.”

There are three problems with this.

First, it is defeatist. This is bad karma that radiates weakness. It gives victory to the right. This means that Israel has failed to prevent the right from filling the country with settlements and therefore Israel must be allowed to die as a Jewish state.

Second, it grants this victory to the right unnecessarily. The situation is not impossible – just difficult. Anyone who has read even one article by Shaul Arieli knows that most of the settlers are near the Green Line and division is still possible by moving 100,000 back to Israel – or by leaving those who prefer it in Palestine. With all due respect, if there are Arabs in Israel, then the Palestinians can live with a few Jews. Moreover, we are talking about saving Zionism, an extreme case scenario; if rebels choose violence, then there will be violence.

Third, the victory will not be for the Israeli right. It will be a victory for the enemies of Zionism. Jews and Palestinians cannot live in peace in one state which neither side controls.

Mr. Yehoshua writes in Haaretz this week: “Jewish identity (whatever that means) has existed for thousands of years as a small minority among large and vast peoples, so there is no reason why it should not continue to exist in an Israeli state even though a very large Palestinian minority lives there, until it can be called bi-national. ”

This is a colossal mistake. It cites precedent, but it is a precedent based on a situation in which Jews had no aspiration of control. In practice, in a bi-national situation, what is likely to happen is that many Jews will try to somehow maintain control, in the hope that the Arabs will leave; and many Arabs will try to get Jews to leave by means of terrorism. It is mainly Jews who will leave; the first in line will be the Start-Up Nation crowd, followed by other educated ones.

Yehoshua writes of a one-state outcome in which “it will be possible to form a reasonable partnership with them for the benefit of both parties.”

The first is Jewish flight that will lead to an Arab state where Jews are a miserable minority (and Palestinians have enacted the Right of Return for the millions of descendants of refugees).

The second is a Yugoslav scenario, in which after a bloody war the country disintegrates back into its natural components, with various protagonists headed to The Hague.

About the Author
Dan Perry is the former Cairo-based Middle East editor and London-based Europe/Africa editor of the Associated Press, served as chairman of the Foreign Press Association in Jerusalem, and authored two books about Israel. A technologist by education, he is the Chief Business Development Officer of the adtech company Engageya and Managing Partner of the award-winning communications firm Thunder11. Follow him at twitter.com/perry_dan www.linkedin.com/in/danperry1 www.instagram.com/danperry63 https://www.facebook.com/DanPerryWriter/ https://muckrack.com/dan-perry-22
Related Topics
Related Posts
Comments