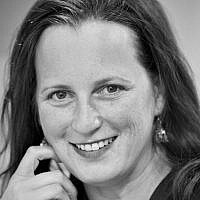 The Blogs
Rifka Lebowitz
Apply for a Blog
Please note that the posts on The Blogs are contributed by third parties. The opinions, facts and any media content in them are presented solely by the authors, and neither The Times of Israel nor its partners assume any responsibility for them. Please contact us in case of abuse. In case of abuse,
Report this post. 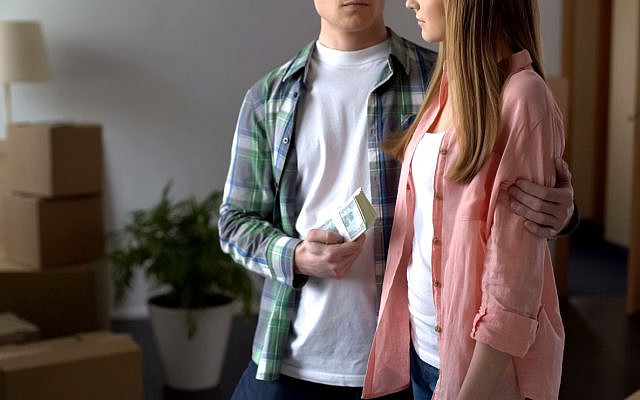 A financial abuse law was introduced to the Knesset this week for first reading. The government-backed law, drafted by MK Meirav Cohen and Minister of Justice Avi Nissinkorn, was the subject of a heated debate on the Knesset floor.

Financial abuse comes under the heading of emotional abuse, but this type of abuse is often hard to prove and judges seldom give injunctions on the basis of emotional abuse. The proposed law aims to add a fourth category of abuse, which will protect a partner who has no access to their money. Once financial abuse is considered a separate category, it will be easier to prove and allow the courts to put a stop to it.

Financial abuse is a very real issue. It gets less publicity than other types of abuse and there are fewer organizations fundraising and working toward ending it. However, it is pretty similar to other forms of abuse. The abused person usually feels that they are to blame and they are too scared to do anything to change their situation, so it can last for many years. Living without access to money is absolute hell, and the new law will hopefully allow people to get out of this situation more easily.

In order to learn more about financial abuse and include a lesson about it in my Financially Smarter Couple course, I interviewed a number of people who were financially abused. What I discovered was heartbreaking. I heard about people who were given no money at all and others who were given insufficient amounts. They would often be physically abused when their spouse discovered that there wasn’t enough food in the house, despite the fact that it was a direct result of having insufficient funds. One woman told me that her ex bought designer clothes and drove a nice car, while she struggled to keep her kids from starving on the meager funds she could access.

Most of the people I spoke to said that the first sign of abuse may have been financial, but it didn’t stop there. When asked why they didn’t leave, they gave the same answers that we hear with other types of abuse: fear of more abuse, fear of the unknown and embarrassment.

The lively debate in the Knesset and among political commentators brought up concerns that this law could be exploited, because financial abuse is hard to define. MK Ariel Kalner brought up an example of a wife who wants to spend 10,000 NIS on designer clothing and her husband disagrees. Can this be considered financial abuse?

Of course, disagreements over financial priorities do not equal abuse. As a financial consultant, I see many cases where spouses have differing opinions on how to spend their money. This is a perfectly normal part of marriage and not a cause for concern. If one spouse uses money to control and humiliate the other, that is a clear case of abuse. When there is open dialogue and debate about values and priorities, that is obviously not abuse.

I believe that this law should be passed, even if some parts of it will be hard to implement, and even though courts will have to make subjective judgements in some cases. But I would also like to see the core of this issue being addressed, and that is how to prevent this issue in the first place.

It is well known that education and preparation can prevent many marital conflicts. Financial education for couples teaches people to work together as a unit, respecting each other’s financial needs and treating their money as a resource for joint financial success. People who are taught to think this way about marital assets will spot the first signs of financial abuse quickly and will be able to get professional help and change the situation before it gets out of control. Hopefully this will prevent many cases of financial abuse and reduce the need to implement the newly proposed law.

About the Author
Rifka Lebowitz is a financial consultant specializing in personal and business finance. Rifka is the creator of the Financially Smarter Couple online course, author of Smarter Israeli Banking and founder of the extremely popular Facebook group Living Financially Smarter in Israel, she frequently speaks on financial topics in Israel, and abroad. She lives with her husband and four children near Beit Shemesh.
Related Topics
Related Posts
Comments