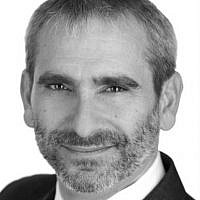 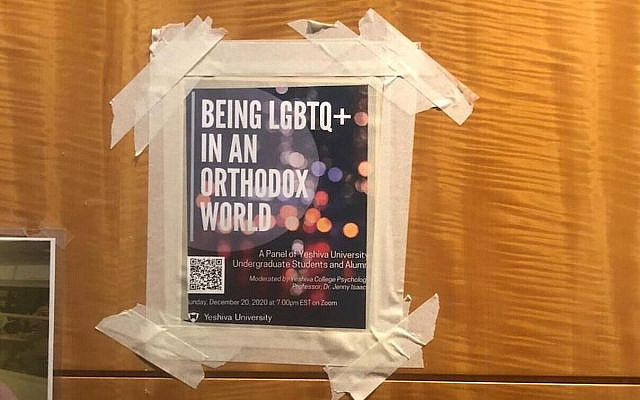 The case will be taken up by the court later in the year, and the school has a good chance of winning on appeal in this Supreme Court. But meanwhile, the Pride Alliance will be recognized and will receive the ordinary support and funding that other student clubs receive.

On this day, three years ago I was invited to speak at the march in favor of the club. The speech I gave that afternoon to the gathered crowd in Washington Heights was not radical. I simply called upon Yeshiva to fulfill its own articulated core values.

On its website, Yeshiva has a page entitled: Core Torah Values. There are many grateful and proud alumni, who like myself, feel justified in calling the Yeshiva to be the version of itself that it aspires to be. All we are asking is that Yeshiva fully embrace its own visionary ideals: [You can read the long version of these values here (https://www.yu.edu/about/values).]

“We believe in truth, and humanity’s ability to discover it…and that the act of discovery, in philosophy, physics, economics and the study of the human mind…is sacred.”

For more than 45 years psychological scholarship has been saying, with increasing univocality, that homosexuality is neither a disease nor a character deficiency but instead a normal (if minority) expression of human love and sexuality. It is time for YU to acknowledge the existence of its LGBTQ students and faculty members and to consider them a contributing part of the school community. The Pride Alliance can actually be a partner.

In 2018, Orthodox Rabbi Ephraim Mirvis, the chief rabbi of the United Kingdom, published his 33-page Guide for the Wellbeing of LGBT+ Pupils in Orthodox Schools. This marvelous resource was co-produced with LGBT+ leaders over a nine month period. If the Orthodox chief rabbi of the United Kingdom, is not afraid to commit to LGBTQ wellbeing, surely Yeshiva University can work with the students of the Pride Alliance.

“We believe in applying our knowledge to impact the world around us.

Students are expected to apply what they learn to improve human LIFE….and to solve real world problems.”

Based on data from more than 21,000 US college students, researchers found just this, the more religious feeling and engagement the greater the risk of suicidal thoughts and actions for students who identified as LGBTQ.

Perhaps the Pride Alliance can be a resource for the rabbinical school. Who better can the school turn to, to share the experience of growing up LGBTQ in Orthodox communities. If the school is indeed invested in solving problems and improving human life, then coming up with a way to help teens navigate LGBTQ identity could be a problem that YU is well situated to work on.

“We believe in the infinite worth of each and every human being… Judaic tradition first introduced to the world the radical proposition that each individual is created in the divine image. We are all absolutely unique and of incalculable worth and value. The vast, expansive human diversity that results from this process is not a challenge, but a blessing.”

One could not find a better articulation of the religious duty to stop treating LGBTQ Jews as an embarrassment, a burden, a social danger, a halakhic threat or an aberration to repress or silence. Diversity is an opportunity for blessing that YU should embrace.

These young people are actually heroes of a sort. While the majority of young people in the Modern Orthodox community who discover themselves to be LGBTQ leave Orthodox affiliation, these collegiates have chosen to spend their undergraduate years in a Torah-centered environment. Their honest presence at the school is “not a challenge, but a blessing.”

“We believe in the responsibility to reach out to others in compassion.”

Over the last few years there has been a shift toward compassion in the Orthodox rabbinate. The organization I helped found, Eshel, has surveyed 240 Orthodox congregational rabbis and we found compassion remarkably high, in theory. But we LGBTQ Jews have grown tired of articulations of compassion that are largely exculpatory and come with a claim of powerlessness. What we need is a compassion that troubles the soul and moves leaders toward responsible action.

Rabbi Yosef Kanefsky, a graduate of YU’s rabbinical school, has written that “homosexuality is simply part of the human condition,” it’s just the way some of us are made. Consequently, “it can no longer be acceptable to force homosexuals to pay a debilitating psychological, emotional or physical price for the Orthodox community’s theological comfort.”

For many years we have suffered various sorts of abuse from disregard to humiliation, to degradation because you have preferred to passively let us be harmed rather than risk your religious discomfort.

We are not demanding immediate halakhic solutions. We are asking that you be as troubled as is Rabbi Kanefsky and as open to the profundity of questions marked by uncertainty. Rabbi Kanefsky has designated the theological question of homosexuality as a contemporary “teyku” (undecided) that needs to be addressed. But meanwhile, not having an answer to the halakhic questions, “will not prevent us from seeing the human truths in front of our eyes.”

5. Zion – (if you read the accompanying text, this values reads like Geulah or Redemption.)

“We believe that humanity’s purpose is to transform our world for the better and to move history forward.”

A university’s commitment to transform the world for the better is what motivates much of its philanthropic support. Zahava and Moshael Straus developed The Straus Center to nourish students with “the best of Jewish tradition exposing them to the richness of human knowledge and insight from across the ages, and confronting them with the great moral, philosophical, and theological questions of our age.”

What a wonderful vision: not to avoid great questions but to engage them, not to silence dialogue but to invite it, not to dampen curiosity but to nourish it.

No one is asking YU to disavow halakhic discourse or to reject our holy Torah. We are simply asking the board of Yeshiva, along with its administration, its amazing faculty, its religious scholars, its talented undergraduate, graduate, and rabbinical students to help Yeshiva University rise up and fulfill its mission to strive for these five ideals in order “to work together in the service of God to transform our world for the better and move history forward.”

ToI Blogs editor’s note: This post was initially attributed to a different Steven Greenberg who was not its author. The byline has been updated to correct the mistake. Our apologies to both Steve Greenbergs.

About the Author
Rabbi Steven Greenberg is a Senior Teaching Fellow at CLAL, a faculty member of The Shalom Hartman Institute of North America and a founder and director of Eshel, a national Orthodox LGBT support, education and advocacy organization. He is the author of the book, Wrestling with God and Men: Homosexuality in the Jewish Tradition, (University of Wisconsin Press) which was awarded with the 2005 Koret Jewish Book Award for Philosophy and Thought. Steve lives with his partner Steven Goldstein and his daughter Amalia in Boston.
Related Topics
Related Posts