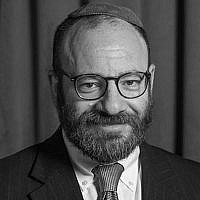 The Blogs
Jeremy Kalmanofsky
Apply for a Blog
Please note that the posts on The Blogs are contributed by third parties. The opinions, facts and any media content in them are presented solely by the authors, and neither The Times of Israel nor its partners assume any responsibility for them. Please contact us in case of abuse. In case of abuse,
Report this post. 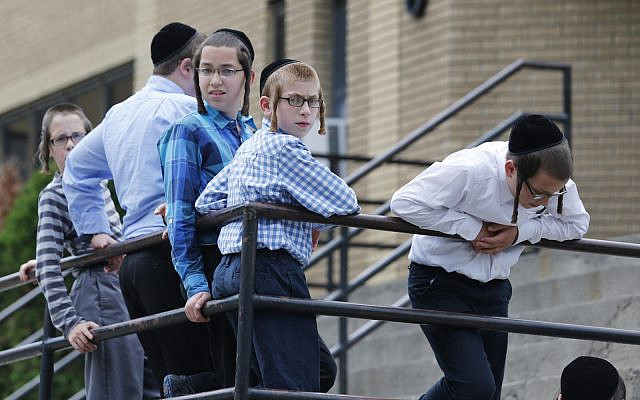 Every year, as we mark Yom HaShoah, Holocaust Memorial Day, a terrible deadline gets closer.

The youngest survivors are well into their 80s, and all too soon, the last living witness will pass away. Then, Nazi horrors will cease to be events that real people whom we know and love actually endured and can describe in first-person accounts. They will become events we only read about in books (or, thanks to modern technology, watch on video).

This impending transformation reminds me of a conversation I had about 10 years ago at the United States Holocaust Memorial Museum in Washington. Beside an exhibit on the murderous einsatzgruppen, I struck up a conversation with a Hasidic man. I asked him how his community imparts this history to its young people.

Do your kids learn about the Shoah in school?

He scoffed. We don’t need to teach about this. We can ask our grandparents. They lived through it.

I pressed the point: But what will happen after your grandparents are gone? He did not reply.

Thanks to the advocacy of YAFFED [Young Advocates for Fair Education], I have learned about the regrettable state of secular education in Hasidic yeshivot. As the NYC Department of Education reported in late 2019, only two of the 28 schools they surveyed met the standards for “substantial equivalence” with public school curricula, as they are legally required to do. The situation gets worse as kids get older: of three yeshiva high schools in that report, two had little to no secular studies at all.

YAFFED continues to press the city and state to enforce these requirements so Hasidic children can acquire tools to be good citizens who sustain their families economically.

When children have poor proficiency in reading and writing English, when they are hobbled in their knowledge of math, science and history, they are all too often doomed to poverty. Without basic capabilities, how can they get jobs providing the economic stability they need to raise their families?

Besides pressing the government to enforce its own rules, I hope YAFFED’s work persuades more Hasidic parents that gaining competence in secular subjects is in the best interests of their children, and indeed in the best interest of maintaining their whole way of life.

But today, on Yom HaShoah, I write with a different kind of educational competence in mind: the skills required to be a competent Jew.

We might think of Hasidic yeshivot as failing at math and science but excelling in transmitting Jewish knowledge. And yes, the boys there get plenty of Talmud.

But being a well-informed Jew requires more than knowing about the ox that gores the cow. You also should know about the most important and most terrible event that befell the Jewish people in 2,000 years. You should know about Hitler’s rise to power, his perversion of democracy to create a dictatorship, his racist persecution of Jews and other groups, his invasions, his ghettos and his extermination camps. You should know about the experience of Jews under these horrific conditions, sometimes responding with nobility, courage and kindness, and sometimes descending into brutality. (For instance, see Sam Kassow’s Who Will Write Our History? about the Warsaw Ghetto.)

You should read Primo Levi, Anne Frank and Elie Wiesel.

But as YAFFED has found, the educational shortcomings of yeshivot are not limited to American history. Graduates of many Hasidic schools tell YAFFED they received no formal Holocaust education, either. In their exclusive focus on Jewish sacred texts, these schools do nothing to convey to students the importance and significance of the destruction of European Jewry.

At a moment when racism and hate crimes are on the rise and our leading politicians grow more demagogic and manipulative, I am pleased that New York State mandates that every pupil study the Shoah. Learning about the Nazis’ ultimate cruelty is necessary for moral and civic education. Studying the Shoah should prevent people from succumbing to propaganda and violence themselves and may give them the moral courage to stand up for the oppressed.

But all too many yeshivot seem to think such studies are a waste of time, mere distractions from Torah. Mind boggling, but true: Hasidic boys may learn less about the Holocaust than any other kids in New York.

It is certainly true that many Hasidim come from families with first-hand experience with the Shoah. As the man in the Washington museum told me a decade ago, for many years yeshiva students could ask grandparents about the camps. And I hope their aged relatives live until 120 and continue to share all their painful knowledge about this unique evil. But by now most of them have gone to the “world of truth,” and the rest will soon. Then how will yeshiva children learn what Auschwitz means?

For the sake of the Jewish people, I implore my Hasidic brothers and sisters to open up their curricula, just a little, to English, math and science. You’ll help keep your kids out of poverty. And open it up to history – especially the history of the Shoah, to honor the memory of the Nazis’ victims.

About the Author
Jeremy Kalmanofsky is the rabbi of Ansche Chesed synagogue on the Upper West Side of Manhattan in New York.
Related Topics
Related Posts
Comments