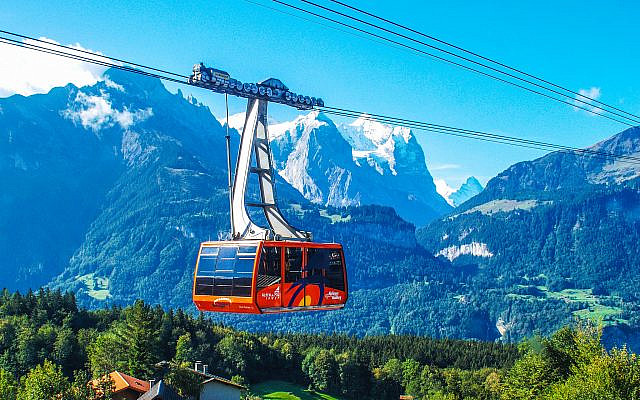 Some years ago, I was skiing in Zermatt, a Swiss ski resort at the foot of the Matterhorn. After a few days exploring this magnificent resort, I decided to get a day pass and visit the other side of the Matterhorn, the Italian resort of Cervinia.
The difference in approach to safety was immediately obvious. The cable car from Zermatt to the Matterhorn was suspended from three massive cable. The cable car coming up from Cervinia had just one.

I’m not sure how to say yihiye beseder, a Hebrew phrase that means “It will be OK,” in Italian, but as Israel and Italy seem to have much the same outlook on life there must be a similar phrase.

A couple of days ago, fourteen people were killed after an Italian cable car that links the town of Stresa on the shores of Lake Maggiore with Mottarone, a mountain recreation area, in northern Italy plunged to the ground. As often happens, our tiny country was overly represented in the disaster; five of the dead were Israeli citizens.

We, in Israel, are still struggling to understand how a pilgrimage to the tomb of a long-gone rabbi turned into a scene of horror ending in the deaths of 45 worshippers. The safety engineer responsible for the site had said yihiye beseder. What could possibly go wrong?

We have just been through one of the longest periods of sustained rocket attack the country has known. We knew that Hamas had the odd rocket or two. Yihiye beseder, we were told, we have the Iron Dome, what harm can a few rockets do? Well, Hamas and its allies have fired more than 4,000 rockets from Gaza. hitting Israeli cities and towns, and killing 12 people, mostly civilians. The Iron Dome, at an incredible cost, brought down a few of these primitive weapons, basically a piece of drainpipe packed with explosive, but it certainly wasn’t beseder.

Back in 1992 the late Prime Minister Yitzhak Rabin castigated Israel’s ‘it’ll be okay’ approach. But nothing changed.

Perhaps the time for a change in our thinking has come at last. Let’s start with Zeh lo yihiye beseder, “it won’t be OK”, so what should we do, what preparations should we make.

No more hurried cabinet meetings. No more last-minute discussions over Israel’s response to an entirely predictable situation. There are a limited number of scenarios for a Hamas attack, ranging from a single rocket on a border community to a massive, simultaneous bombardment of every major city. It should be a matter of moments for our prime minister to issue the order – Response 29A, Go.