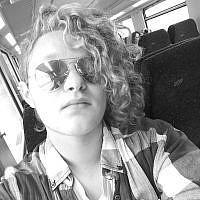 The Blogs
Mitchell Akawie
Future MK
Apply for a Blog
Please note that the posts on The Blogs are contributed by third parties. The opinions, facts and any media content in them are presented solely by the authors, and neither The Times of Israel nor its partners assume any responsibility for them. Please contact us in case of abuse. In case of abuse,
Report this post.

The last year and a half have not been easy for this country. Nearly a year ago we were reeling from the fact that we would be going to an unfathomable second round of elections. We saw a second, uglier round filled with spiteful and vindictive campaigning from both sides of the political spectrum. We then were sent to a third round of elections, to the surprise of , but dismay of all. Prime Minister Netanyahu governs under indictment, the third election’s results are inconclusive, and at the time of this writing a unity deal seems ever so slightly out of reach. That’s all without mentioning Covid-19…

We now approach what is usually my favorite week of the year. It is not particularly fun, or happy, however it has always been significant to me as an Israeli, an Oleh, and a Jew. On Tuesday it will be the 75th anniversary of the Warsaw Ghetto Uprising, the following week will have the back to back yin and yang days of Yom HaZikaron and Yom Haatzmaut. (Memorial Day for fallen soldiers, and Israeli Independence Day respectively) This year is going to be different. This year won’t have the massive national and local ceremonies or the massive street parties, so while we sit at home on these days, and indeed for the coming week, we should take some time to reflect upon and begin to atone for our collective sins.

It’s time to admit it, over the last year we have failed together as a nation. In some small way, no matter who or one supported, we all bear responsibility. Netanyahu supporters continue to support a conniving and manipulative politician who seems to be willing to do anything to stay in power. Gantz and his supporters spent so long being unwilling to compromise, when Gantz finally did so, his former allies attacked him for it. This is not to mention the inciting, racist rhetoric that has been spewed from across the political spectrum in order to prevent Israel’s arabs from being a meaningful part of the governmental or legislative processes.

However the biggest sin is that we let it get this way. The Israeli public sat complicit for three election cycles, she complied and collaborated with this nation’s political echelon. We did absolutely nothing. Sure there were some flags waved, some protests held, some gatherings in Rabin square, that’s not what we needed. We needed and yet still may need to dissent with teeth, slowdowns, strikes, civil disobedience.(Unfortunately the social distancing and closure rules may make this ineffective)

In the Declaration of Independence, the founding father’s of the state set out this nations core values that have informed her development ever since.

“The state of Israel will be open to the ingathering of the exiles, she will develop the land for for the benefit of all her inhabitants, she will be founded in the fundamental values of liberty, Justice, and Peace as envisioned by the prophets of Israel. There will be equal rights to all her inhabitants no matter, religion, race, or sex. She promises freedom of religion, conscience, language education and culture…”

As we enter a week that takes us from the darkest hour in Jewish history to the sacrifices made for a Jewish state to the joy and pride we have in our country, we have to ask ourselves, are we living up to the ideals that our nations founders set for us? Are we the best nation we can be? Where have we succeeded in the fulfillment of these noble goals, where have we failed?  What can we do as individuals, families, communities, and as a nation in order to realize these ideals. What will you do?

About the Author
Born and raised in the Fairfax suburbs of Washington D.C. Mitchell Akawie at fourteen decided to move to Israel without his parents as a member of the NAALE program. He writes about the Israeli youth experience, Oleh Rights, The Conflict, and Israeli art and culture . His interests include playing piano, guitar, and bass, along with destroying the eardrums around him on saxophone. He also enjoys writing and baking in his spare time. He currently lives at Mosenson Youth Village in HodHasharon. He is also an alumnus of Gesher Jewish Day School in Fairfax VA.
Related Topics
Related Posts
Comments