The Blogs
Daniela Fubini
An Italian in the South of Israel
Apply for a Blog
Please note that the posts on The Blogs are contributed by third parties. The opinions, facts and any media content in them are presented solely by the authors, and neither The Times of Israel nor its partners assume any responsibility for them. Please contact us in case of abuse. In case of abuse,
Report this post. 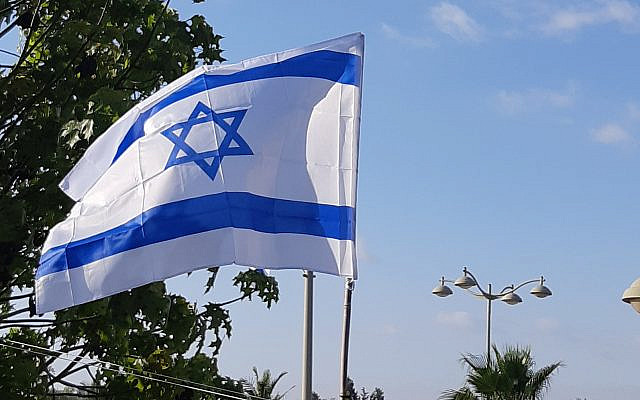 It hit me right after sharing via zoom the two minutes siren of Yom HaShoah with good friends. Although a bothering thought was there already for a few days, only after our zoom I realized that not differently from any of the years since my aliyah – 12, already – Yom HaShoah is only one week away from the other two minutes of silence who meet us annually on a bright and sunny spring day. Only this year, when the morning siren of Yom HaZikaron fills the air, I will not be standing by the side of my uncle’s tombstone.

A few weeks after making my aliyah in the snowy winter of 2008 I learnt that in Israel, when you have a fallen soldier in the family, you don’t just go to a depressing memorial service or whatever it is that we used to do back home. Here, on Yom HaZikaron, just like all year round but more clearly on that one day of the year, we are a bereaved family, a “mishpacha shekulah”. Quite a status. And with that status, along with the grief comes the trip to the military cemetery; Kiryat Shaul, in my case.

My uncle Marco, middle brother between my aunt and my mother and only son of my grandparents, made his aliyah in 1962 and fell in the first defence line of the Suez Canal, at the very start of the Yom Kippur war in 1973. I never met him in person, but I did meet him many years later, in 2015, through the stories told by his friends and my family, when I embarked on a much needed journey of memories. By then I had visited his tombstone a number of times and I had realized that I didn’t know much about him beyond the biography page written by my grandmother for the Yizkor website which collects a photograph and a bio of every fallen soldier of Israel. That journey left many empty spaces and one above all: his voice. I have never heard my uncle’s voice. But the stories and the affection of his friends and family gave me some leverage at least, against the void I felt on my first visits.

This year, due to the Covid-19 crisis, military cemeteries will be closed on Yom HaZikaron to avoid the one thing that really makes the experience: the gathering of tens of thousands of Israelis around and between the tombstones. I will not exchange the usual greetings with the family on the left side and count the many generations visiting the fallen on the right side of my zio Marco. I will not be able to thank then briefly small talk with the soldiers who were ordered to stand in the overcrowded cemetery in case no family members show up (every fallen must have company, on that day). I will not put a stone from the garden, or a seashell from the beach (and I cannot honestly remember when I was near any beach before the pandemia took over).

I went for an early visit instead, in an empty and oddly silent Kiryat Shaul; the quickest visit so far. Without the usual crowd of fellow Israelis, it felt much like a prayer without an “amen” at the end.

About the Author
In Israel since 2008, Daniela grew up in the north of Italy and lived in New York before making her Aliyah. After ten years in Tel Aviv, moved to the Ashkelon area where she lives today in a moshav surrounded by green hills.
Related Topics
Related Posts
Comments