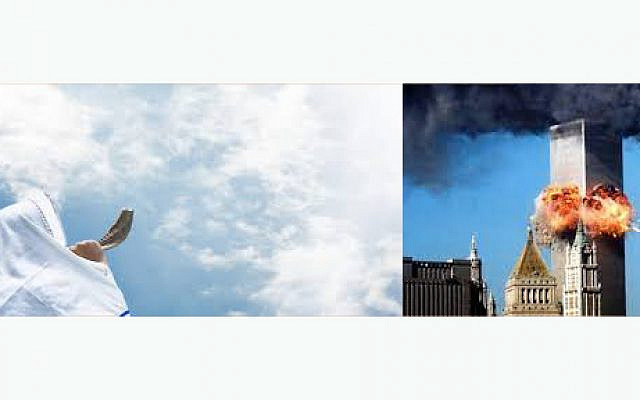 The idea for this piece began brewing after I was stunned to find Karl Rove, one of the architects of our humiliating military involvement in Afghanistan and one who I never thought would dare step out into the daylight again, criticize the president for his handling of the withdrawal. To help underscore this sad irony it would be as if Harvey Weinstein offered moral lessons on how to treat women. I felt angry, but it wasn’t until I listened to my friends, Donniel Hartman and Yossi Klein Halevi, discuss Yom Kippur in their podcast ‘For Heaven’s Sake’ that I realized the deep connection this anniversary of 9/11 has with the Days of Atonement.

The recent withdrawal from Afghanistan, a war that was designed to defeat evil, is seen as a defeat that rewarded the Jihadist attackers on the 20-year anniversary of the 9/11 attack. In essence, the war was introduced as a form of Tikun Olam – repairing the world; an idealistic sentiment to help spread democracy and bring hope by defeating tyranny. But as Mr. Halevi so eloquently put it, this demeaning withdrawal has two opposing significations: the first is America’s retreat from evil but at its core, America’s original sin is in its overreach in invading a country and punishing a whole nation for harboring terrorists!

On Yom Kippur we try to parse our past year’s mistakes and grow from understanding their implied lessons. So, what is America’s ‘transgression’ and what can we learn from it?

The Bay of Pigs operation in April 1961 was designed to free Cuba from Castro’s new Communist regime. Its colossal failure was swift, but the lessons were never learned. Kennedy got into a quagmire in the Vietnam War leading America, together with future presidents from both sides of the aisle, into several troubled conflicts over the past half-century.

The question begs to be asked: ‘Why haven’t we learned our lesson?’ Most international conflicts cannot be solved with force. Listening to warmongering advisers making promises that failed time and again, and following generals’ assurances has eluded desired results ever since.

The U.S. has been most successful in fighting defensive wars. Obviously, we can look to the Second World War as an example, but even more recent conflicts remind us of the value of patience and diplomacy. The 1991 Gulf War had the support of most Americans and the international community. Our intervention of Kosovo helped resolve a humanitarian crisis, and the strategic conflict management with the USSR led to the Soviet Union’s collapse without a bullet being fired or one American life being lost (directly). The 1990s saw the U.S. as the world’s undisputed leader, with the international community supporting America’s role as the official peacekeeper.

America appeared golden as we crossed into the new millennium.

Recalling Yom Kippur, not two weeks after the 9/11 attack, personal reflections immersed into our national pain and confusion, yet, despite the public trauma, the aftermath looked promising. The world joined us with empathy and support. The future appeared hopeful as we recovered from the shock of our unexpected vulnerability.

However, the outlook turned darker when President Bush allowed a few militant ideologs to lead him into unnecessary warfare with promises of a quick victory. The impetus was to exact swift retribution on Al Qaeda who had masterminded the attack and to save the Republican Party’s reputation for allowing such an assault on American soil (the first since Pearl Harbor). The realization that entering Afghanistan, the same land from which the Soviets had been forced to retreat only a decade earlier after a failed attempt at invading that country, could be unwise – never crossed anybody’s mind. America marched into Afghanistan, and these same advisers pushed the President into entering the Iraq War a year later, under the fake guise of hunting for nonexistent weapons of mass destruction, with promises for another speedy victory and the chance to reshape the Middle East.

In short, President Bush, was led astray by a bunch of trigger-happy cowboys, whose position in the corridors of power was neither scrutinized nor approved by Congress or the voters. Such practices still play out in every administration, often with grim results.

Future presidents continued their involvement in these failed wars – pouring money that could go elsewhere, sacrificing American lives and punishing tens of thousands of Afghan civilians whose crime was less in threatening America than in their living in the past, where civil rights are trampled, and fundamental Islam oppresses freedoms we take for granted. I don’t underestimate the threat of these cowardly terrorists, but aside from the few hundred Al Qaeda terrorists who found shelter in this hilly, backward land, what was the real evil we rushed to eradicate? And if it was evil we were trying to eliminate, isn’t the ethnic cleansing Myanmar is pursuing against Rohingya equally deserving of our involvement, as well?

I suggest that rather than focus on the recent disheartening withdrawal, we may want to spend these Days of Atonement to reflect on how we got there in the first place! How did we forget the lessons of the past and find ourselves engaged in yet another unnecessary military conflict? If wars are reserved for self-defense, how do we atone for our overreach and for robbing urselves and the Afghans of twenty years of innocence?

Fundamentally, what we call evil may be nothing less than the uneven progress of different nations toward the new age. We must remember that change is often threatening; yet, we know from the past that progress is impossible to defeat and various nations across the world who engage in women’s oppression, child labor abuses and honor killings, are struggling to build new futures, albeit at a different pace. We should be there to help rather than punish.

After the failure of the Bay of Pigs, John F. Kennedy told a journalist that, “Victory has 100 fathers, and defeat is an orphan.” We must remember this Yom Kippur that while President Bush was the original midwife, the Iraq and Afghanistan disasters have had many parents since then.

To be clear, I am apolitical. I just follow the evidence and note how the fumbled strategies of the past two decades contributed to the distrust Americans have of their government. I can see the fragmented society in which we live and the migration of the disheartened younger generation to social media, where questionable gurus spew crackpot ideas and where conspiracy theories run rampant.

What we need is to establish trust, to distinguish facts from untruths and ensure that only credible, proven individuals, not ideologs, gain access to positions of power and influence over decision-makers. There is no silver bullet or magic wand that will move the needle of trust, but keeping our eyes on unity of purpose over politicized divisions in our midst, will be a good start.

A famous rabbi shared a beautiful concept I find noteworthy: “America is founded on Jewish values.” That is why, as an American Jew, I will try and dig deep this coming Yom Kippur to find a vision of our country where the history of our democracy and sanctity of human lives, albeit many setbacks, can shine again and rekindle the unity and values of this special nation.