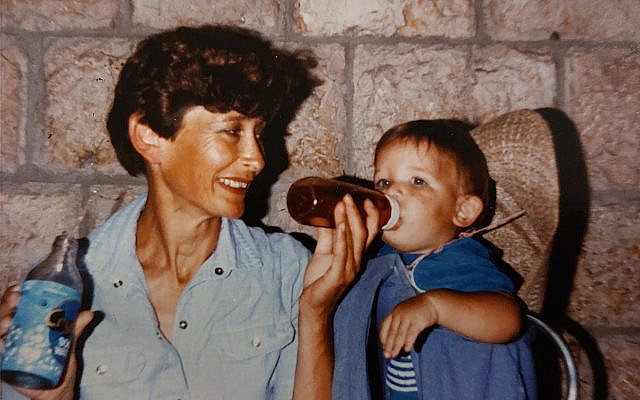 Grandma feeding me as a child (courtesy of author)

This year I lost my grandmother, Henrietta Diestel, or “Grandma Cookie,” as we and many others used to call her. She was born in Shanghai to a family that had lived there for several decades and was part of the fabric of Shangahi–an international city of trade and commerce. Grandma did not speak much of her childhood, as it took place during the second world war, Mao’s revolution, being stateless, and her ultimate immigration to Canada. Even after speaking to her for countless hours and hearing about the most trivial things in her garden on Vancouver Island, I still know very little about her childhood during those war years. While grandma spoke little of these times, when she did, it was abrupt and filled with trepidation. Doing my own reading, I knew of the Japanese-Chinese war and the 1941 Japanese conquest of Shanghai with all the horrors it involved. I know of the Ghetto the Japanese built for the Jews of Shanghai at Himller’s request and the horrific poverty therein. Grandma was not in the Ghetto with the rest of the Jews. In 1942, Gestapo chief Heinrich Muller handed the Japanese a list of all German Jews residing in Shanghai.

The Germans then escalated the pressure on the Japanese to apply “the final solution” to the Jews of Shanghai. The family’s German passports were taken away from them, and they had German neighbors awaiting the day those laws were applied. A few years later, the Mao revolution of 1949 began, and once again, her family was stateless. After many efforts, they got a visa to go to Canada, where she lived for most of her life. There is so much I don’t know about how grandma got food, what she saw in the streets, and what she remembers from those years. I will probably never know so much about it. I do know just a bit of what it meant to her in her own life. I know how seeing true hunger made her help every person who came her way. There was never a beggar or someone who came hungry or asked for food that was turned away. If there was someone to help, she was always there. Kids in her neighborhood who didn’t have dinner served at home for whatever reason it may be, knew they could pull up a chair at her dinner table without any questions asked, and anyone she met was greeted with kindness. 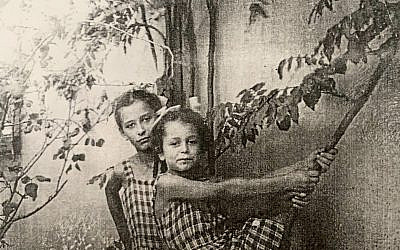 Hernrietta Diestel (left) as a child in Shanghai. (courtesy of author)

While this is true for the generation who survived the Holocaust and fled persecution, it is true for so many others as well. We cherish our loved ones and know in what profound ways they have impacted our lives and how much they meant for the world, but often that is just the tip of the iceberg of what they have been through and how much they have done to reach the point of giving us everything they have given us. And so, we ask God, Yizkor–please do remember–for we cannot recall it. We ask God to remember their good deeds, even as we commit ourselves to follow in their footsteps–” ba’avur she’anachnu, because we will surely….” We may not know of the struggles and pain that brought those we love to be the shining beacons of kindness they have come to be, but we do know we can follow in the footsteps of their actions. We know that doing so will continue their merit and legacy of virtue. 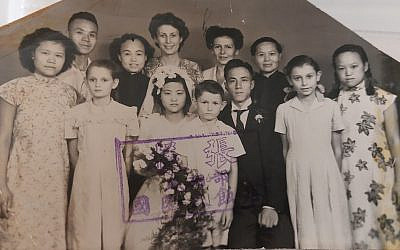 On Yom Kippur, we speak a lot of what is known and what is not known. We say in the prayer: “You know the mysteries of the universe and the hidden secrets of every individual. You search all our innermost thoughts and probe our mind There is nothing hidden from You, and there is nothing concealed from Your sight.” While there is a Torah commandment to verbally confess to God every sin that we have committed, as we express regret for it. Yet, at the same time, we use general terms and a standardized viduy–confession– as there are so many things we remember and so many things we do not remember. Why? Because while there is so much to remember–and forget in life–it is what we make of those experiences that matter most.

We may not recall every detail, every action, and every experience we had been through, but the bigger question is: where have those experiences brought us? Have they brought us to a place of doing more good, being truer to who we really are, and to actions of kindness and goodness, or have they taken us away from those. As we sit and ask God to remember all of the goodness and kindness of our loved ones, we in turn are asked to ask ourselves about the path we have taken over this past year and the path we will be taking in this coming year.

Yom Kippur is a day when we recognize that every person matters; every action matters. We reflect on our actions because we know somebody cares about us, who cares what we do. Yom Kippur is a time we remind ourselves to do Teshuva, only because somebody cares. There is a good reason why the Jewish people are the world’s people of memory and who taught the world about human accountability. Unlike ancient cultures who believed in different gods and actions which pleased various aspects of each of those gods, the Jewish people brought forward the belief in One God, who considered all of our actions. We are a people of memory— and responsibility.

In a 1984 article in the New York Times, Leon Wieseltier explains: “There is no more dramatic illustration of the distinction between Jewish history and Jewish memory than a Jewish museum. The very idea is an admission of loss. Walking through the galleries at the Smithsonian’s exhibition of “Judaic Treasures from the Czechoslovak State Collections,” you cannot escape the feeling that you are witnessing a change of meaning. The books and goblets and prayer shawls and Sabbath lamps that repose handsomely in their well-studied settings seem inert. They have been snatched from the ordinary practices of religious devotion for which they were made, and they seem caged by the spirit of commemoration in which they are now set. Not even their beauty makes up for their melancholy. There are powerful currents of piety trapped in these objects, and the course of Jewish culture is unlikely to set them free.”

While Yizkor is very much about memory, Yizkor is our call to action so that we make sure that memory not become bygone history. It is a solemn time we take to cherish our memories of loved ones, and make sure those memories remain alive in our hearts and actions. 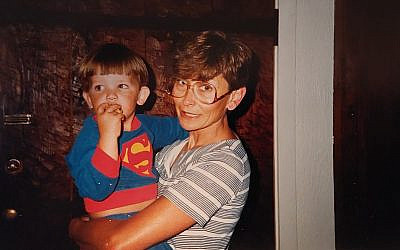 Grandma Cookie holding me as a child (courtesy of author)
About the Author
The writer is an eleventh-generation rabbi, teacher, and author. He has written Sacred Days on the Jewish Holidays, Poupko on the Parsha, and hundreds of articles published in five languages. He is the president of EITAN--The American Israeli Jewish Network
Related Topics
Related Posts