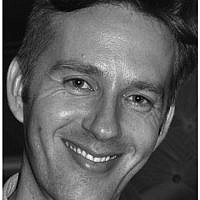 The Blogs
Ethan Tucker
Apply for a Blog
Advertisement
Please note that the posts on The Blogs are contributed by third parties. The opinions, facts and any media content in them are presented solely by the authors, and neither The Times of Israel nor its partners assume any responsibility for them. Please contact us in case of abuse. In case of abuse,
Report this post.

For the 50th time, we are marking the 28th of Iyyar as Yom Herut Yerushalayim, the day when the Old City of Jerusalem, the eastern parts of the city and all of the territory of Yehudah, Shomron, the Golan Heights (and Gaza and Sinai) came under Israeli control.

Many thoughts are swirling through my head, but I am mostly thinking about a piece of Torah that I first encountered through R. Michael Melchior and have since processed more deeply. The Talmud, on Sanhedrin 98b, features the following teaching:

Ulla said: Let [the messiah] come, but may I not see him. And so said Rabbah…and so said R. Yohanan…

Reish Lakish said to [R. Yohanan]: Why?…Because of the verse: “Ask and see: Surely males do not give birth! So why do I see every man [gever] with his hands on his loins like a woman in labor? Why have all faces turned pale?” What is the true meaning of “I see every gever?” Said Rava b. Yitzhak said Rav: The one possessed of all gevurah [might, i.e. God]. And what is the meaning of “all faces turned pale?” Said R. Yohanan: This refers to the heavenly entourage [of angels] and the earthly entourage [of Israel] at the momen when the Holy and Blessed One says: These are my handiwork and those are my handiwork; how can I destroy those in favor of these? Said Rav Pappa: This is like the common saying: The ox runs and falls and the owner puts a horse in his stable.

This is a complicated text, but its central points are straightforward. Various sages want the messiah to come in theory, but they want no part of the experience of the Messianic Age, the restoration of Jewish power and sovereignty. Why? Because it will be messy and painful. This is illustrated by an exposition of a verse in Jeremiah, which imagines God, in the Messianic age, displaying the travails of a woman in labor. Why? Though a birth is occurring, a miraculous new beginning, there is tremendous pain. And what is the source of God’s pain? One group of people is being displaced for another. In case we miss the point here, Rashi clarifies:

God is in pain like a woman in labor and says, when displacing the idolatrous Gentiles to make way for Israel: How can I destroy those in favor of these?…

[This is comparable to] when an ox falls and a horse takes its place at the feeding trough. The owner would never have wanted to do this before the ox fell [and was wounded] because he really loved his ox. When the ox is healed at some later point, it is hard for the owner to remove the horse in favor of the ox, given that he put [the horse] there. Similarly, the Holy and Blessed One saw Israel fall and gave their greatness to the idolatrous Gentiles. When Israel returns in repentance and are redeemed, it is difficult for God to destroy the idolatrous Gentiles in favor of Israel.

This remarkable text anticipates the possibility the Jewish return to power and sovereignty will not be all peaches and cream. The glorious rebirth of the Jewish people and their return to the world stage and to politics will involve pain for others, and most notably, pain for God, who is committed to Israel’s restoration but loves all of humanity (even the idolatrous among them!). This text puts to rest any notion that in order to celebrate Israel’s return we must ignore or silence the pain that this return causes for others. Yes, it may originally be the ox’s stable, but the horse has lived there for quite some time, and the owner loves both of them.

The sages in this passage offer one solution to the emotional dilemma here: to avoid seeing. For some, then and now, the price of Jewish national restoration in human pain is more than they can bear. These Sages preferred to defer the messianic dream, to come to terms with political displacement and diminishment, rather than live in a world of human and divine pain on Israel’s account. And for some, this is the legacy not just of 1967 and the 28th of Iyyar, but of 1948 and the 5th of Iyyar as well. If Jewish power and sovereignty requires throwing the horse out of the barn or diminishing it in the ox’s renewed presence, many feel it is best to give up on the barn altogether, to take a pass on this entire project.

This is no longer an option. Not for me personally, nor, I would suggest, for anyone responsibly confronting the reality of the world in which we live. Put simply, whereas Ulla, Rabbah and R. Yohanan might have been able to wish off seeing the restoration of Israel, we have seen too much to take that approach.According to the talmudic sage Shmuel (cited one page after our passage above), we are living in the Messianic Age right now! אין בין העולם הזה לימות המשיח אלא שעבוד מלכיות בלבד/“There is no difference between the world we live in and the Messianic Age other than the oppression of Israel by other kingdoms.” In other words, in a deep sense, the messiah has come. Not in the sense of the world being turned upside down or in that we have world peace. But in the basic sense that an age-old dream of the Jewish people has been realized: the restoration of Jewish political autonomy in the land of Israel. We can now freely walk in the pathways of our ancestors and connect with the land that was the cradle of our civilization. We are the masters of our own political fate once more. We have seen too many things that cannot be unseen.

But as this text reminds us — and as my experience on an Encounter trip earlier this year seared into my brain and heart — we are called upon to see the full picture. And that picture has also included the suffering and displacement of other divinely created and beloved people. Not seeing this is not an option as well — and if you haven’t seen some of this pain with your own eyes, you should. The only question is whether we will see the whole picture or not. Will we feel what the Talmud tells us is God’s pain in this moment that is also one of triumph and rejoicing? We must find a way to celebrate and give gratitude for our return without denying the fact that many places in our ancient homeland, the cradle of our civilization, were other people’s homes for a long time and remain so until today. Can we find the space to say that the ox has returned to its barn but to acknowledge that this process has not always been good for the horse and has also simultaneously uplifted and broken the heart of the animals’ owner?

Here I turn to a different tradition in our talmudic passage, one that helps orient me to take this all in:

Rav Yosef said: Let the messiah come! And may I merit to sit in the shade of his donkey’s dung.

Rav Yosef rejects the approach of his colleagues and longs to see the messiah. He is aware however, that the donkey on which the messiah will ride into our world has some less than pleasant by-products. This does not dampen his enthusiasm for Israel’s restoration, but he will not sanitize it either. This, I believe, is our challenge. To embrace the miraculous reversal of fortune of the Jewish people that Zionism brought about and to recognize how a new culture is being forged in Israel that is reviving parts of the Jewish body politic and its spirit that are only possible in a sovereign, majority mode, all while resisting the urge to turn this place into Disneyland.

Not a day passes when I am here when I do not feel that I am living in a dream fulfilled. I say Hallel on Yom Ha’atzmaut not only without apology, but with a full heart that in fact overflows with gratitude to have been born at this moment in Jewish history. And the events of 1967 are a part of that story, a return to an even greater stretch of Eretz Yisrael, a return to the heart of Jerusalem and, yes, a return to power and greater security in a moment when the worst was feared. But we have also — 50 years later! — not really yet taken responsibility for all that such power entails, and there is plenty of shade under the enormous pile of dung that those miraculous events have created. God is saying Hallel with us—and is in tremendous pain. Our task is to expand our hearts to those divine proportions so that we can act like the responsible power we have become. We are a very long way from there and the 28th of Iyyar ought to remind us of that as well.

ייתי ואחמיניה — Let the Messiah come and let us see. And let us take responsibility not just for the ox but for the horse as well.

About the Author
Rabbi Ethan Tucker is Rosh Yeshiva at Hadar. Rabbi Tucker was ordained by the Chief Rabbinate of Israel and earned a PhD in Talmud and Rabbinics from the Jewish Theological Seminary and a B.A. from Harvard College. A Wexner Graduate Fellow, he was a co-founder of Kehilat Hadar and has served as a trustee of the Harold Grinspoon Foundation and The Ramaz School. He is the author, along with R. Micha'el Rosenberg, of Gender Equality and Prayer in Jewish Law.
Related Topics
Related Posts
Ethan Tucker
Comments