I grew up in the halcyon days, days in which anti-Semitism was on the retreat – at least in its public expression. Democracy and liberalism appeared to be dominant and spreading. There was optimism about a future freed from prejudice, genocide and totalitarianism. Political Scientist Francis Fukuyama spoke confidently about the end of history as we had known it.

How different things turned out. Over the last few weeks, for the first time in my life I understood the fear of my mother who had acid thrown at her by anti-Semitic teenagers in Lithuania. I recognised the sense of despair and despondency of our ancestors in the face of irrational and vituperative hatred; an unconditional animosity simply because they were Jewish. I never expected to feel this way, I was naively optimistic that the world had changed. I certainly didn’t think I would ever feel this way in Australia.

It all changed for me watching the reports of Jews being attacked in kosher restaurants, assailed on the streets of New York and Los Angeles, witnessing the toxic slogans at pro -Palestinian rallies calling on Jewish women to be raped, calling Jews genocidal while simultaneously suggesting that all Jews “from the river to the sea” be driven into the ocean. The protests in Australia may have been less vicious; the comments on social media were not. The call to action by people I know in the Islamic community of Victoria, disturbed me, the message of the Imams of Australia worried me. The hostile comments about Jews in response to the peace rally for Israel last Sunday made me feel unsafe. Despite myself, I started wondering if I should feel so secure wearing my kippah or an Israel style cap even on the streets of Caulfield…I suspect many stayed away from the proud peaceful pro-Israel rally because they were afraid.

I may be uncomfortable with the harsh, and in my opinion, often-unwarranted criticism of Israel by the media and my Muslim associates, but I recognise their right to express their views. I don’t accept that freedom entitles them to distort the truth or threaten Jewish people. A ‘call to action’ in mosques could well incite hostility; it’s certainly an invitation to extremists to act out their malice. I have asked them to consider the consequences of their intemperate language. I ask the same of our rabid extremists. As George Orwell put it: “But if thought corrupts language, language can also corrupt thought”.

I understand the pain of Muslims at the intrusion into their sacred mosque on the Temple Mount (even if it was being misused by some of its adherents) and I don’t understand why such force was so necessary. It’s Islam’s third holiest spot and should be treated with great respect, but I also ask Muslims to recognise this is our holiest spot and epicentre of our spirituality.

And to the academics and agitators on the left and the right so filled with righteous indignation about Israel’s so -called disproportionate use of power in Gaza, I say strong is not wrong. My sense of security may have been shattered over the past weeks, but it has also been strengthened knowing that Israel is a powerful protector of Jews worldwide. The horrible destruction and suffering in Gaza were brought about by Hamas and its indiscriminate targeting of civilian targets and innocent people – thousands of rockets primarily aimed at Israel’s cities. They didn’t send warnings to Israeli citizens, they didn’t build shelters for their own people. Like weasels, they burrowed underground, tunnels of hatred not bridges of love. The Hamas Charter still calls for the destruction of Israel and is filled with loathing for Jews and if I recall correctly for Christians too.

I am frustrated by how hard it is to counter the waves of acrimony being directed at Israel and Jews. Author Robert A. Heinlein put it well: “You can sway a thousand men by appealing to their prejudices quicker than you can convince one man by logic.’’ The prayer that we say three times a day in our daily Amidah has taken on a new meaning and urgency for me: “For the slanderers let there be no hope …”

This is however no time for despair or retreat! I am emboldened by Jewish history; I am energised by our tradition and its enduring balance and wisdom. I am inspired by a powerful independent Israel. In this week’s Torah reading (Numbers 11) Moses is despondent about his agency, his capacity to get people to change. Despite all the miracles and wonders, the people were bitter and negative. In his distress he says to God:
“Why have you brought this trouble on Your servant? What have I done to displease You that you put the burden of all these people on me?…please go ahead and kill me ..”(Ibid 11-15)

This is his lowest point, but he finds, with a little help from God, how to find hope again, how to continue with his remarkable life. God reminds him that he isn’t alone, that he has countless friends and one very special Friend, God Himself. That he is connected to community, that he is deeply attached to others. Friends, family and faith sustain him.

As Jews we may feel very alone in the world at this moment but we are not alone. We are surrounded by one very special community, one imperfect but strong and supportive Israel, one very compassionate God. And we do have countless friends outside our community here in Australia and across the world.
“You are not alone and this is not the end of your story.” 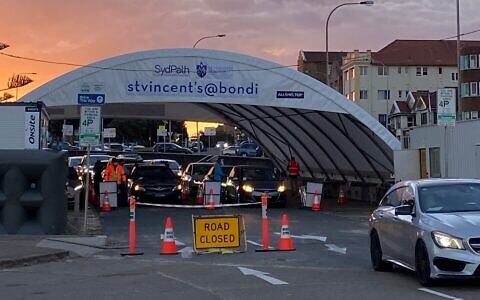 Bondi residents unaware of COVID in their block
Evan Zlatkis 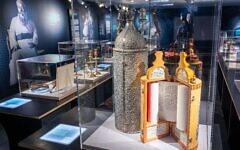 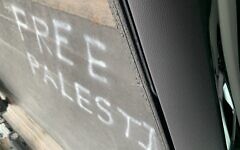 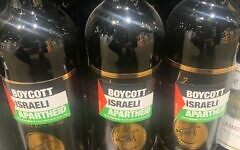 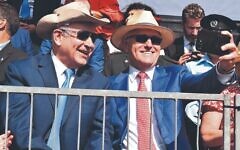