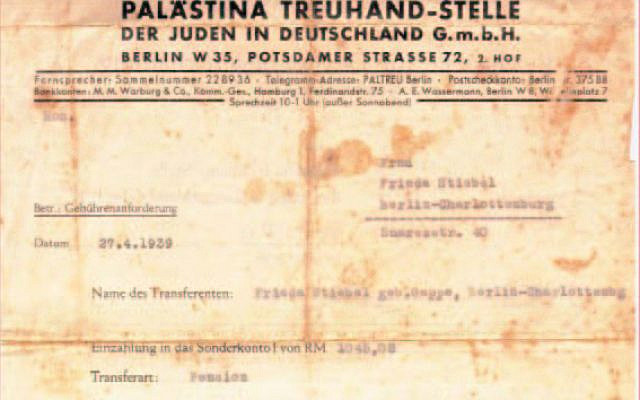 The row over antisemitism in the Labour party rumbles on. As usual, the protagonists are more concerned with winning the argument than keeping to the unvarnished truth. They are also often too lazy to actually identify what happened in those years long gone by.

Now whatever decisions the Labour party come to are entirely up to them, but at least the facts should be made crystal clear. So lets try to do that.

From 1933 when Hitler came to power and the outbreak of the Second World War in 1939, hundreds of laws, decrees, directives, guidelines and regulations undermined the civil and human rights of Jews in Germany.

There were international reactions. Hitler’s persecution of the Jews after he became Chancellor in 1933 resulted in Britain in a Jewish sponsored movement to boycott German goods. The German government were alarmed. Influenced by its own prejudices, it feared that the boycott would substantially harm their economy. This could never have actually been the case, as the Jews had little economic power internationally, though German exports to neighbouring Poland shrank by 40% over the next two years.

As a consequence Hitler had a number of objectives. First, he wanted to ruin the Jewish community. Next he wanted to loot Jewish possessions in Germany. Then he wanted to make as much trouble for Britain in Palestine as possible. He also wanted to have the boycott of German goods ended.

All these objectives were covered by the Transfer Agreement (Ha’Avara) in August 1933 between the German government and the Zionists. The Zionist side was represented by the Zionist Federation of Germany, and the Anglo-Palestine Bank, representing the Jewish Agency.

This was a time when Jewish families and companies in Germany were already being deprived of their capital and belongings. It was, however, settled in the Transfer Agreement  that those German Jews who wanted to emigrate to Palestine could take a small proportion of their money with them, but only if it was converted into German goods. The rest finished up with the Nazis and there are still court cases about the reparation of assets like paintings and jewellery. As of 2015 no less than $1.28 billion has been given back to 457 claimants.

The agreement itself was extremely controversial. The boycott had put the German Jews in an even worse light, although there is evidence that their morale was raised by the support of their friends around the world.

From the anti-fascist point of view, though, the Transfer Agreement seemed to be pandering to the German dictator’s blatant theft of Jewish assets. The Zionist movement in Palestine eventually came down on the side of the Transfer Agreement at its congress in 1935 by a vote of 169-12. They realised it was question of survival for Jews, who might well die in concentration camps otherwise.

The result was that 60,000 German Jews were allowed to emigrate to Palestine with a part of their capital between 1933 and 1939. They made up 37% of the immigrants to the Holy Land between Hitler’s accession and the war.

As early as the 14th century the phrase was coined that if you sup with the devil, you need a long spoon. The horrors of the Holocaust would justify the Transfer Agreement as the lesser of two terrible evils. To try, however, to suggest that the Zionists and the Nazis had anything in common is to totally distort the facts.

The Transfer Agreement was designed to make the best of an appallingly bad job. It has to be seen in the light of those horrific days. Of course antisemites today would prefer to cloud the issues, just as the Holocaust deniers try to rewrite history when all the historic evidence is absolutely clear.

The great thing about history, however, is that you can’t rewrite it. The facts will out.