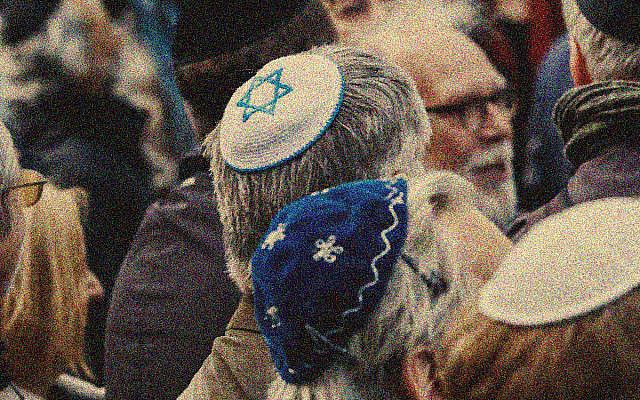 When I first started wearing a Yarmulke (aka Kippah) in college, it wasn’t that harrowing of an experience in reality, but did cause me some trepidation and concern. The reality was that I was at Brooklyn College, which has a considerable population of Orthodox Jews as it sits right in the middle of one of the most vibrant Jewish communities in the world. While to me it was something new and unique, most people just saw me blend into a sea of the hundreds of visible Jews that attended the inner-city campus. 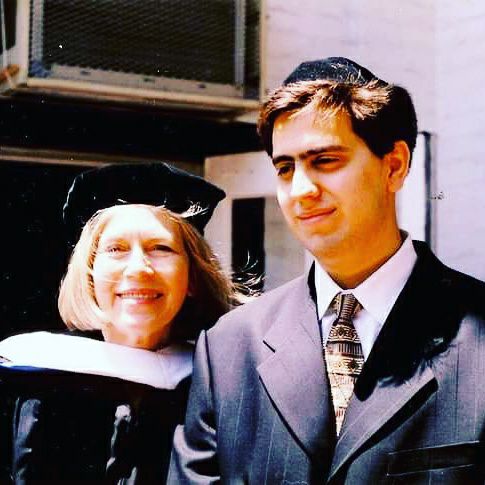 Not to say that I didn’t ever have any anti-Jewish experiences on Campus, but most of them seemed to me to qualify as really rude people at the time. There was the “move it Jew-boy” guy who was unhappy I was walking too slow, the “you’re not a real Jew” black-Israelite, and of course, the occasional “baby killer” Palestinian activist.

However, maybe because I was naïve or full of a vibrant emunah peshutah (simple faith), as the Kabbalah calls it, that I could see through the obvious hatred.

As the years went by, wearing a Yarmulke seemed normal: you put on your Yarmulke, your Talis Katan, got dressed, throw my Borsalino Hat on, and went out in the morning to Daven.

For reasons that I still question, there came a point where I stopped wearing a Yarmulke all the time. Part of it was during my travels to Europe and the Middle East for Law Enforcement, and part of it was just not caring so much about it.

I never stopped being Jewish, and I didn’t actively deny it: My name is Pesach (Passover) and that is almost always a dead giveaway.

Fast-forward to now: I am wearing a Yarmulke all the time, again for more than a few years.

The reasons are both very personal, and much of that has to do with finding myself inside a society that seemingly hates me more and more for who I am. The other reason is simple: I can’t allow other Jews to take the burden of being visibly Jewish. Study after study shows that when it comes to actual violent hate-crimes, “visible” Jews are MUCH more likely to face violence than Jews who are “invisible.” The reason is obvious: they are identifiable by their clothing.

When I was living in Las Vegas, the city that likes to think of itself as a somewhat tolerant city, since it’s the center of entertainment, delightfully “sinful things,” and of course, has a bar owned by Elton John.

However, much of that is just show for the tourists, and outside the strip, it’s still insanely racist, bigoted and anti-Semitic.

We’ve had numerous hate crimes against Jews: from an attempt to burn down a local Chabad Center (twice!), to spray-painted swastikas showing up on houses for weeks. Even a friend of mine, Sara Attai, a single Jewish mother,  was a target twice with people spray-painting her door and harassing her.

She’s moving to Israel because now she is scared to raise her kids in Las Vegas.

Then there was Clifford Climo, the White Supremacist that I exposed in 2016 for carrying an assault rifle in his neighborhood looking to “hunt Muslims.” Three years later, the FBI arrested him with plans not only to kill me but to bomb my shul.

The response from the local police? Almost nothing. I won’t go into details, but they’ve refused to take these crimes seriously, and have not been calling them hate crimes.

So wearing a Yarmulke in Las Vegas meant that I’m not only a target, I’m a very visible target. Unless I go to shul, or a kosher restaurant or grocery store, it’s likely the entire day I will never see someone with a Yarmulke.

Most of the Jews I know are really good at hiding their identity in Vegas, and I’ve tons of experience doing the same

Many  of the “Jewish Events” we have in the area are hosted at clubs, bars, and even “gentlemen’s clubs.” Kosher food? Almost Never.

Wearing a Yarmulke? Of course not, people might know you’re Jewish.

From the non-Jewish community, it’s the “look.” They stare at me, they look at my Yarmulke, look me up and down.

Probably most are just “curious” and don’t mean anything by it. However, I’m already “the other,” and in a time where fear and tensions are higher, being the “other” is already dangerous.

I’ve gotten the “angry stare” where the person just looks at me with distaste, because I either killed their God, or again, I’m killing “Palestinian Babies.”

I’ve gotten the latter online on a daily basis in the last few years, even though I’m not Israeli. They will stop, not move, and stare straight at me. Sometimes it’s in the middle of an aisle at the grocery store, sometimes it’s just randomly on the street.

It’s an act of aggression, making it clear they aren’t going to move for “The Jew,” and that they have something to say, even though it’s not with words. Part of me wonders if they even know why they are stopping, what they are protesting, and if they just have a hatred toward Judaism for some theological reason, or there has been a knee-jerk response they have learned about “The Jew.”

Anyone who is visibly Jewish has locked eyes with someone like this many a time in their life and wondered what will come next – will I be told about Jesus, or will the person raise their fist to hit me?

My fear isn’t a fantasy: as one of the most visible Jews in the West, outside of California, I’ve become a target: a local neo-nazi band has even posted my address, asking people to “write me letters.”

So, I ask of all Jews to start considering something radical: wear a yarmulke. Even if you’re not Orthodox, start being proud of who you are. You won’t be just showing how you love your faith and identity, you might be raising awareness that Jews exist everywhere, in all sorts of jobs, with all sorts of backgrounds. Your actions might actually help prevent more violence against Jews, as they see solidarity daily between us all.