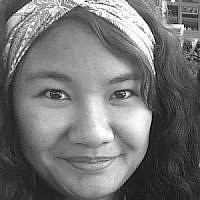 The Blogs
Regine Borja Guevara
Apply for a Blog
Please note that the posts on The Blogs are contributed by third parties. The opinions, facts and any media content in them are presented solely by the authors, and neither The Times of Israel nor its partners assume any responsibility for them. Please contact us in case of abuse. In case of abuse,
Report this post.

When Nuseir Yassin left Aaraba, Israel to study Economics at Harvard University, he finally had his first personal encounter with a Jew. More famously known as Nas Daily (Nas means “people” in Arabic), he now has a following of 1.8 million on Facebook and openly speaks about the complexities of his identity as a Palestinian-Israeli: “I need to plug myself out of this conflict to be able to make videos about both sides in ways I think are helpful.”  Nas is one of the many young people who illustrate the capacity of youth to transcend geographical boundaries and build bridges between cultures.

Nearly two years ago, the UN Security Council passed Resolution 2250 on Youth, Peace and Security encouraging all Member States to give youth a stronger voice in peace building, as a response to the threat of radicalism among youth around the world. Calling this to mind is timely with recent tensions over the Temple Mount or Haram As-sharif sparked by three young Palestinian-Israeli assailants aged 19, and one 29. In Israel, where segregated living conditions and school systems between Jews and Palestinians exist, Universities and colleges serve as the primary platform for youth from both communities to interact with one another; hence, its crucial role in linking youth empowerment with peace building. According to Prof. Manuel Trajtenberg, Chairman of the CHE’s Planning and Budgeting Committee: “If there is a single place where the fragmented Israeli society can become a shared society, I think this place is a university campus.”

Unfortunately, on average, Arab youth only complete eleven years of study, compared to fourteen years for their Jewish counterparts. Surveys also show that while most prefer to stay in Israel to study, they are discouraged by admission requirements and cultural adjustments, with many ending up in Eastern Europe, Jordan, or even the West Bank. This only aggravates the lack of interaction within Israeli society and weak Hebrew language skills. A staunch advocate in the field is The Abraham Fund Initiatives (TAFI) which piloted “Academia as a Shared Space for Learning” to support Arab youth with inclusive opportunities to higher education. Currently, the Hebrew University, one of TAFI’s key partners, is home to a 12% Arab studentry — a marginal increase from the past few years, but still far from the 20% ratio of Arabs to the population.

Although diversity and inclusion policies differ from one university to another, Arabs generally undergo the same application process as everyone else and are supported with programs to address their “special needs” once admitted. These include summer language classes in Hebrew and English and pre-enrollment orientation to assist in the adjustments of student life, especially for those who came from the suburbs. According to Rasool Saada, TAFI’s Director of Safe Communities and Equitable Policing Initiatives, there have been improvements with regards to individual accessibility but there is a long way to go for collective integration. For instance, Arab student representation remains to be absent or weak at the administrative policy level. There is also a small, frustrating space to speak one’s mind, with the police at times invading campuses to halt non-violent student demonstrations.

The context of conflict that surround Israeli Universities may be unique, but they share a comparable historical narrative in the struggle against anti-Semitism with Brandeis University. Founded by the American-Jewish community at a time when public universities limited the enrollment of Jewish students, the university is now home to students from sixty-two countries. To quote the website, “Our Jewish roots and values not only ground us, but also help expand our view on diversity and social justice.” Brandeis continues to face wider social justice challenges that confront every other American university — race, color, gender, class, disability, etc.  Apart from offering scholarships for needs-based and merit-based students, student and faculty quotas, the Heller School holds an annual Community Day holds space for students to talk about how they experience power and privilege to fellow students, faculty and staff who all attend on equal footing for a single day.

Justice Brandeis himself said: “My approach to Zionism was through Americanism.”

The question for Israeli and Jewish academia today should be: what does it mean to be a Jew, and at the same time a citizen of Israel, America, or any other state?

Education in itself is part of process of building a shared society that not only the future generation will inherit, but they are actually capable of inheriting. Furthermore, the so-called commitment to “social justice,” which loosely translates to “tikkun olam” in Hebrew, must be realized from lifting those who were once in the periphery, to reaching out to more peripheries within a shared society – be it the black or native Americans, Palestinian-Israelis, refugees, and so on, not to mention, the lack of representation of Sephardi, Mizrahi, Ethiopian, and even Asian voices in Jewish scholarship. But to what extent colleges and Universities simply integrate the minority voice to the majority, so that there can be one kind of American or one kind of Israeli, rather than uplifting every voice with an equal stake to the discourse is the next task at hand.

When asked about his views on peace in Israel and Palestine, the famed playwright-activist Joshua Sobol framed this literary task as: “We need to create a new narrative, a common narrative that speaks to both.” For Oudaye Jawad, a Palestinian afforded a Fulbright scholarship to Brandeis (the first from Gaza), good education paves way for youth to find purpose beyond the promise of terrorism: “Education broadens our world of thinking that there is a lot of things we can do not only for ourselves, and our families, but also for our people in a more productive way.” Rasool from TAFI, who also founded the first Arab student unit at the National Union of Israeli Students, adds: “Peace is a process that can be realized by a new generation. We cannot move from occupation and violence straight to coexistence. We need to teach an entire generation to talk to each other, understand each other, and live together.”

Learning and unlearning do not happen in a day or two of workshops and holidays. Re-engaging pedagogies to reach the very peripheries of classroom discussions, research papers and academic exercises is pivotal so that the diverse historical, political and socio-cultural narratives that every student carries can find meaning beyond the four corners of the classroom –  into the real world, where nationhood, freedom and occupation mean different things for different people, and where inherited privileges need to be recognized before futures can be shared.

About the Author
Regine is a peace activist and a fellow for the UN Sustainable Development Solutions Network. She graduated with an MA in Conflict Resolution from Brandeis University, and the Program on Negotiation of Harvard Law School. Having been raised Christian in the Philippines, with a Jewish ancestry, a student of Sufi Islam, Regine embraces her multi-cultural heritage as she travels the world, learn different religions and cultures, cook global cuisines, and catwalk fashion trends.
Related Topics
Related Posts
Comments