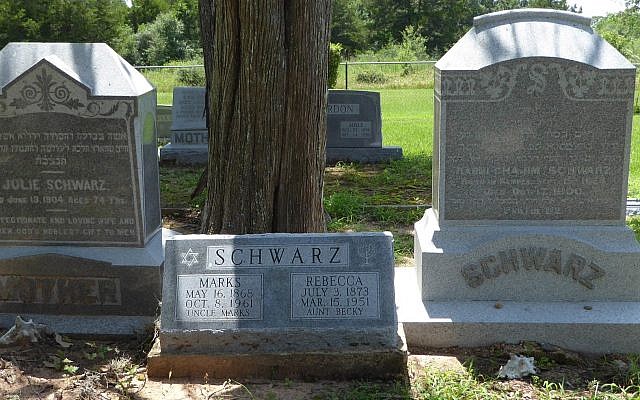 For years the pieces hid in plain sight in front of me, but I never assembled them, until a few weeks ago.

In several blog posts I’ve mentioned my great-great-grandfather, Rabbi Chayim (Heinrich) Schwarz, a rabbi in Germany who moved to Hempstead, Texas in 1873, where his brothers already lived. R’ Chayim appears in all the  books on Texas Jews, most extensively in Jewish Stars in Texas: Rabbis and Their Work, published in 1999 by Hollace Ava Weiner. In fact, R’ Chayim graces the cover, with a tall round kippah and a penetrating gaze. Weiner pulled together a lot of research on him in the book’s first chapter, “Prussian Provinces to Texas Prairie.”

For all the decades I’ve had the book and read about R’ Chayim, the first ordained rabbi in Texas, I never made too much of this paragraph about his origins:

Rabbi Heinrich Schwarz had s’mikhah, a Hebrew term for ordination. A rabbinical sage had lain his hands on Heinrich’s head and confirmed his student’s knowledge of Judaic precepts and rabbinical law. Heinrich’s teacher was Rabbi Meir Loeb ben Jehiel Michael, a man so revered among Jewish scholars that he was called the Malbim, an acronym taken from his Hebrew initials. He was also called “der Kempener,” after the years he spent in Heinrich Schwarz’s hometown.

I focused more on my family’s background in Kempen, in the duchy of Posen in Prussia, than on the rabbinical training. 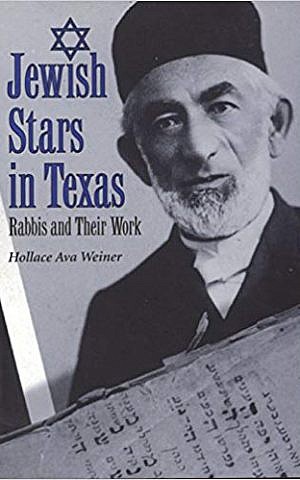 That began to change one recent Shabbat at my shul, Chabad of Bedford, when I flipped through the bibliography of sources in the back of the Chumash. The names of the learned rabbis and their works always fascinated me, as I wondered about what they wrote and experienced over the centuries. My eyes settled on the Malbim. Something clicked as I read the paragraph:

Malbim—Acronym of Meir Leibush ben Yechiel Michel (1809-1879), Rabbi in Germany, Romania, and Russia, leading Torah scholar and one of the preeminent Bible commentators of modern times. Demonstrated how the Oral tradition is implicit in the Biblical text.

The Malbim listed in the Chumash bibliography, along with Rashi, the Maharal of Prague, the Vilna Gaon and others — THAT Malbim gave s’mikha to R’ Chayim, my zaydie of generations past? Once that piece of the puzzle clicked into place, I raced to my copy of Weiner’s book and confirmed that, yes, the Malbim and my rabbinical ancestor had a direct teacher-student connection. Weiner’s endnotes gave sources for the details.

I felt an immediate personal connection to the Malbim. Who was he, what did he think and write? Online biographies gave similar details of a rabbi on the move, a traditionalist who clashed with liberal-leaning congregations, to the extent that the one in Bucharest had him jailed. He had an offer to become the chief Orthodox rabbi in New York City, but he declined. The regular moves and stress of congregational conflicts must have taken a toll on his health. The Malbim died on Rosh Hashanah in 1879 while traveling to his new congregation in Kremenchuk.

That’s a shame, since I could imagine “der Kempener Magid” traveling on from New York to hang out with his esteemed student, R’ Chayim, “der Hempsteader,” They’d set up a prairie shul that would adhere to the Malbim’s rigorous standards. Maybe they’d introduce the locals to kosher BBQ, washed down with a l’chaim of kosher tequila. The cinematic possibilities of two elderly German rabbis rambling around Central Texas in the late 1870s are endless, like Lonesome Dove Meets Fiddler on the Roof, from Hempstead to Gonzales to Lockhart to the cantinas of San Antonio and all points in between.

From everything I’ve read, the Malbim sounded like a brilliant but ornery old coot (I say that with high affection, since I’m evolving into an old coot myself) who didn’t much cotton to getting bossed around by the high-society German modernizers. The Malbim  would have fit in well in a frontier Texas full of ornery coots who moved there from someplace else to make a new life free from the constraints of the smart set.

I learned more about the Malbim in the invaluable Sefaria site, which noted, “A trademark of the Malbim’s commentary is his belief that there are no synonyms or repetition in the Tanakh. Each word represents a different idea or concept.” A search brought back almost 150 entries, many of them leading me to commentaries that incorporated the Malbim’s thinking. This one, for example, suggests he was highly attuned to the intellectual currents of his times, ready to look to secular learning as part of his thinking. It comes from Jeffrey Pfeffer’s introduction to his 2003 translation of Malbim’s Job: The Book of Job:

In the eclectic tradition of Jewish theologians, Malbim seized upon Kant’s revolutionary ideas about the subjectivity of space and time, viz., that they are the transcendental framework of our consciousness. . . Malbim was not the only orthodox Jewish writer who found Kant an aid to his theology.

Apart of Sefaria, I found an insightful and timely essay by clinical psychologist Avi Muschel. “Shaul vs. Esther: Learning to Live a Committed Life” looks at the commandment to destroy Amalek and its relation to Purim, celebrated this week (is it just a coincidence that I would study this passage in shul and at the same time remember R’ Chayim? I don’t think so). Muschel includes an analysis of King Shaul’s failure to totally destroy the Amalekites, as he was instructed by God through the prophet Samuel. Muschel makes excellent use of the Malbim’s linguistic approach to drawing lessons from the Tanakh. He writes:

In explaining the precise nature of Shaul’s sin, the Malbim offers a powerful explanation, differentiating between similar words to create a fundamental distinction. In this context, the Malbim draws an important distinction between three forms of compassion. On the one hand, the verb ח-ס, “chos/chus,” is the natural compassion a person feels for anything, including his property (as the Sages often say, “HaTorah chassa al mamonam shel Yisrael”), and reflects a person’s need for the item. In a similar fashion, ר-ח-מ, “rachmanus,” refers to an innate feeling of mercy a person feels toward living things. “Chemlah,” on the other hand, reflects a deeper compassion that permeates the intellectual level, when a person believes that an item is inherently good and, from a social justice perspective, does not deserve to be destroyed . . . This grammatical subtlety of the Malbim provides an important clinical foundation into a Torah approach toward emotions and behaviors.

Becoming more aware of the link between the Malbim and my great-great-grandfather gave me a deeper appreciation of both of them, and the missions that guide Jewish lives. What are the odds that a student of the Malbim would wind up an ocean away from the Jewish centers of Europe, in the raw lands of small-town Texas? And that that student would have many children and descendants, with his daughter Valeria making a Jewish marriage in Texas that produced Jared Lissner, who made a Jewish marriage with Eva Michelson to have daughter Shirley, who made a Jewish marriage in Texas that led to me and then my Jewish marriage (in Brooklyn, I’m the family’s geographic outlier) that resulted in a Jewish son? And that I would circle back 210 years after the Malbim’s birth to write about his career and influence on R’ Chayim?

I like to think that part of the Malbim’s mission in life involved teaching R’ Chayim, whose mission then involved carrying the spark of yiddishkeit to Texas, where it has remained  generation after generation, waxing and waning but always remaining. Call me crazy, but I don’t think any of this, either, is a coincidence.

Whenever I’m in the area, I try to visit R’ Chayim’s grave at the Hempstead Jewish Cemetery, place a rock on the Schwarz family gravestone and say kaddish for them. One of these days I’d like to take his twin great-great-great-great-grandchildren of the latest generation to the cemetery, so he can instill the light of his neshama in them.

To this day, the timeless mission of the Malbim and R’ Chayim continues.

Rabbi Chayim Schwarz and wife Julia Schwarz, in the Hempstead Jewish Cemetery.
About the Author
Van "Ze'ev" Wallach is a writer in Westchester County, NY. A native of Mission, Texas, he holds an economics degree from Princeton University. His work as a journalist appeared in Advertising Age, the New York Post, Venture, The Journal of Commerce, Newsday, Video Store, the Hollywood Reporter, and the Jewish Daily Forward. A language buff, Van has studied Spanish, Portuguese, Russian, Yiddish and Hebrew, although he can’t speak any of them. He is the author of "A Kosher Dating Odyssey." He is a budding performer at open-mic events.
Related Topics
Related Posts
Comments