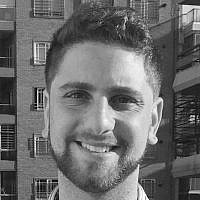 The Blogs
Matias Sakkal
Apply for a Blog
Please note that the posts on The Blogs are contributed by third parties. The opinions, facts and any media content in them are presented solely by the authors, and neither The Times of Israel nor its partners assume any responsibility for them. Please contact us in case of abuse. In case of abuse,
Report this post. 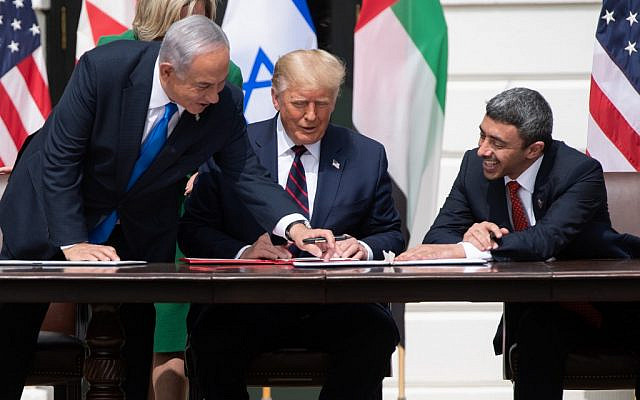 Israeli Prime Minister Benjamin Netanyahu(L), US President Donald Trump, and UAE Foreign Minister Abdullah bin Zayed Al-Nahyan(R)smile as they participate in the signing of the Abraham Accords where the countries of Bahrain and the United Arab Emirates recognize Israel, at the White House in Washington, DC, September 15, 2020. - Israeli Prime Minister Benjamin Netanyahu and the foreign ministers of Bahrain and the United Arab Emirates arrived September 15, 2020 at the White House to sign historic accords normalizing ties between the Jewish and Arab states. (Photo by SAUL LOEB / AFP)

Pragmatism is probably the best way to define Zionism. Zionism is an ideology that is absolutely pragmatic.

Zionism is an ideology because it stems from an essential idea which is: the imperative need to create a Jewish national home in its ancestral land, the land of Israel. However, that idea has never been uniform.

Since its birth, and being faithful to the Jewish tradition, Zionism has had different opinions about what that future state should be like or what the meaning of this rebirth of the Jewish people carried out by those pioneers who were going to work the lands was. From Borojov (socialist Zionism), through Jabotinksy (revisionist Zionism), Rav Kook (religious Zionism) to Hertzl (political Zionism) everyone had different ideas.

So, how is it possible to build a state from totally different ideas?

The answer is simpler than it appears. The main objective has always been the same: to build a Jewish state, so when there is a clear point and a specific goal, collective construction is prioritized over individual wishes; differences are more easily bridged when people share the same objective. This is something that only states people can do.

That is why Zionism from its birth needs pragmatism.

Pragmatism means prioritizing the practical value of things over any other factor. It means judging movements and their ideas by their correlation with reality and their ability to thrive in an ever-changing reality. In particular, pragmatism is capable of reconciling totally opposite positions or at least bridging differences by avoiding tensions and giving precedence to what allows us to move forward.

Let me invite you to take a tour of the ideas of some leaders of Zionism that will enable us to better understand what I mean by pragmatic ideology.

David Ben Gurion, the first Prime Minister of Israel was characterized by his pragmatism. 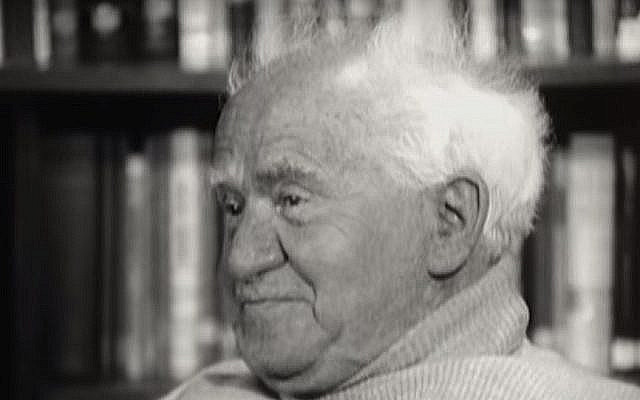 He was a socialist, but he understood that he had to align Israel with the United States, which was a rising power because this alliance would generate countless benefits for the development of the state of Israel (many of these benefits we have seen throughout history and even today).

He was a secularist but assumed that it was not possible to create a Jewish state without the support of the Jewish diaspora communities and their leaders. His political ability made him realize that he should negotiate with Agudat Israel (a political party representing ultra-Orthodox Jews) to create a status quo whereby orthodox Jews feel part of the Zionist efforts in the construction of a Jewish homeland. That status quo, made him make a number of concessions which were unthinkable for a secularist like Ben Gurion. Some of them were: Kashrut in public buildings, respect for the religious laws of Shabbat in Israel, educational autonomy, and rabbinical authority on marriages and divorces. These laws are still in force in Israel.

In addition, when the British government imposed a severe restriction on the immigration of Jews to Israel through the famous “White Paper,” Ben Gurion found himself at a crossroads. On the one hand, as the leader of the Jewish community (Yshuv) in Israel, he had to concentrate all his efforts on the construction of the State of Israel, but on the other, he also had to support the British moves against the Nazi regime that was committing a genocide against its brothers in Europe.

Therefore, and as a good pragmatist, he came to a synthesis that has accompanied Israeli policy to this day.

Taking a historical leap, we can see an extremely pragmatic vision in the figure of Menahem Begin when signing a peace agreement with Egypt, ending 31 years of hostilities. To understand why Begin qualifies as pragmatic, we must go back to who Begin was. 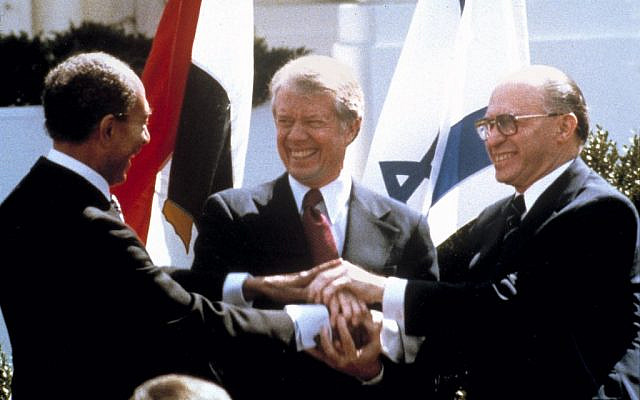 As a faithful follower of the ideas of his mentor Zeev Jabotinksy, Menahem Begin was a “maximalist.” A person who understood and advocated politically to achieve it over the entire territory of the British mandate of Palestine. However, when Egypt’s president Anwar-Sadat decided to advance peace negotiations, Begin did not doubt it and not only joined the peace process but also gave back to Egypt the territory of the Sinai Peninsula (3 times the size of Israel) in exchange for peace with that country. Thus, waivering their historic claims.

Moving forward in Israeli history, we see how the idea of Ben Gurion was taken up by his heir in the Labor party (Avoda), Yitzhak Rabin, when negotiating the Oslo accords with the PLO (Palestine Liberation Organization). During that negotiation, Rabin was absolutely criticized by the sectors that opposed peace, considering that it was not possible to reach an agreement while the Palestinian extremist sectors continued with terrorism (which at that time killed Israelis weekly in cafes, bars, and buses). 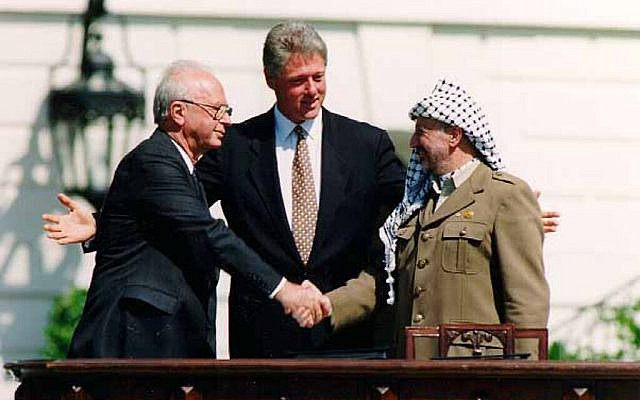 As the faithful heir to Ben Gurion, Rabin affirmed:

When the first approaches took place between Netanyahu and Mahmoud Abbas mediated by the then-US Secretary of State John Kerry, Isaac Hertzog continued the policies of his two predecessors.

When asked for his opinion on these approaches he stated:

“We must advance in the peace negotiations with the Palestinians, as if Hamas did not exist, and hit Hamas in the Gaza Strip as if there were no negotiation process

So far, the reader will realize that pragmatism is a standard of Israeli politics.

But can we understand the agreement for the establishment of diplomatic relations between Israel and the United Arab Emirates as a pragmatic move?

The answer is yes and no.

No, because Netanyahu is not Ben Gurion. He is not Yitzchak Rabin, much less Isaac Herzog. In fact, he was a staunch political opponent of the last two. However, as mentioned at the beginning of this article, what unites Zionism is much stronger than what divides it. Although these political figures are all opponents, they all have the same similarity.

Just as the thinkers of the birth of Zionism believed in the urgent need to create a Jewish state, all the politicians mentioned in this article believe in peace. Obviously, they differ in how to achieve it.

It is then that we can affirm that Netanyahu was also guided by pragmatism when agreeing to peace with the United Arab Emirates.

We have seen Netanyahu summon the Palestinian leadership to negotiations under the Trump peace plan. Does Netanyahu sincerely believe in the idea of ​​a Palestinian state?

We honestly do not know, but it is clear that pragmatism also guided the Israeli Prime Minister to reach a historic agreement that will benefit Israel and open the doors to a new geopolitical order in the Middle East.

So perhaps it is pragmatism that has most guided Israeli Zionist thinkers and politicians throughout history. This pragmatism was and still is not only functional but also values-based.

The idea of a Jewish and democratic state, a Jewish state in its ancestral land but a state in which minorities have the same rights, an innovative state that is also open to help wherever necessary is not only possible but also a current reality.

A state where pragmatism was and is the key to its success.

About the Author
Matias Sakkal is a lawyer specialized in international law who currently works in UNHCR in Buenos Aires, Argentina.
Related Topics
Related Posts
Comments