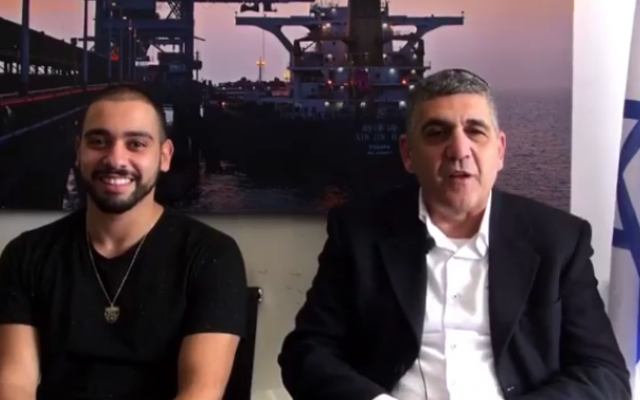 The astonishing campaign video for Likud deputy minister and Member of Knesset Yaron Mazuz – which enlists Elor Azaria, whose only qualification as a public figure is his conviction on the charge of manslaughter for shooting a disarmed and wounded Palestinian man lying on the ground in Hebron – represents a new low in the competitive field of Israeli hyper-nationalistic politics. It also constitutes a new high water mark in politically sanctioned anti-Palestinian incitement, up from Prime Minister Netanyahu’s famous alarmism about the turnout among Palestinian citizens of Israel in the 2015 elections. More devastating than the rhetoric of Mazuz’s campaign stunt, however, are the possibility that it succeeds, and the underlying ideological forces that it reflects. It is tempting to blame politicians for fanning the flames of dangerous populism, but it is always the populace that is the willing and enabling sovereign.

It is critical that supporters of Israel grapple with the ramifications of this campaign for the story that we tell about Israel. In general, I disdain the common ritual obligation that members of a faith tradition, an ethnic group, or a political community are expected to condemn the villains and outliers in their midst as a display of good faith towards others, and to establish credibility for their own contrasting sincere moral or political claims. We all belong to such expansive networks and communities, and inhabit fluid identities and ideologies; how can we be held accountable for the actions of others? Why must we assume of others that the villains in their networks speak in their name?

I do not accept that either Azaria or Mazuz represent me in the world – as I do not assume my friends in other faith communities are ‘represented’ by their worst co-religionists – and I do not believe that it is legitimate to use Azaria and Mazuz to make a broader normative claim about Zionism’s failure. Zionism is not inherently implicated by the worst expressions of its politicians; that cannot be the standard under which any country, religious group, or ideology can abide. Dangerous and violent expressions of an ideology are useful for us to understand how to create boundaries around our beliefs, and as cautionary and instructive instruments, but it is too convenient to use such expressions to question the basic legitimacy of complex ideological systems from which they originate.

Nevertheless, I believe it is important that we raise our voices publicly in protest against this cynical political stunt, because this now-common ritual obligation of denouncing the villains in our midst has integrity on those few occasions when those who are trying to speak in our name are actually our formal representatives. This criterion of leadership has animated the controversies in the Jewish community in America about ‘rotten compromises’ in coalitions and alliances on right and left, and perceived complicity with anti-Zionist and anti-Semitic ideologies. And now we are forced to ask: What happens to the integrity of our deepest political commitments when the most public ambassadors of Zionism – even if self-appointed – are dangerous moral failures?

When we ask this question – when we are capable of confronting Zionism’s failures – we lay the foundation for a Zionism morally superior to the ones we see on display from our politicians and the ones that are subject to widespread opprobrium. We demonstrate that all political movements run the risk of falling short of their ambitions, and that we are obligated to be morally vigilant in the pursuit of our political destinies.

In this case, in addition to the prima facie moral turpitude of using a convicted killer as the poster child for elective office, the cynical embrace of Azaria is deeply counterproductive to the narrative that Israel attempts to tell about itself in the world. Two of the State of Israel’s most common advocacy talking points are about the superior moral quality of its army, and about how Palestinians sanction and celebrate violence. These are aspirational stories that the society seeks to tell about itself, that are then reinforced by anecdotes of images of self and other that further entrench them as normative beliefs. And indeed, the very prosecution of Azaria helped corroborate these advocacy myths, as did the condemnations of Azaria that came from certain sectors of the defense and military establishment, and especially in President Rivlin’s refusal to grant a pardon. When Israel adheres to its own code of ethics, and when reasonable majorities condemn its violators, then the shocking exceptions can help prove the rule.

The idea that Azaria now is seen as a useful political totem – an icon handpicked by a politician – undercuts the story Israel wants to tell about itself in the world, transforms the narrative with which the IDF seeks to represent itself, and devastates the efforts to combat Israel’s growing moral delegitimization. The only ways I can understand this is that some emboldened percentage of the Israeli populace believes that it is inexorably locked in a zero-sum conflict with the Palestinians which justifies all violent interactions, and that Israel isalready in a state of global isolation such that no battle for earning international legitimacy is winnable or worth fighting. These are both stunningly shortsighted conclusions that I desperately hope can be reversed, for the sake of the land of Israel and all its inhabitants.

And of course we know that nationalisms of all form have easy pathways to jingoism and constitute slippery slopes to racism and other discourses of moral superiority wherein the central nation’s political enshrinement can come at the cost of the erasure – through invisibility or violence – of the “others” in their midst. The Mazuz moment, and its parallels and antecedents in Israeli political life, are sadly predictable.

The challenge of our time, for the many Zionists nauseated by this campaign and what it implies about what is electorally desirable in Israel, is to advance an alternative vision for Jewish nationalism that routes itselfthrough democratic principles, human rights, and the principles that underlie Israel’s exemplar code of military ethics. This will likely fail if it constructs itself as in opposition to the basic commitment to nationalism that Israelis see as essential for the maintenance of their security and social fabric. The burden for Israeli society is to construct a nationalist vision that is robust enough to Israel’s founding principles, conscious of the risks involved with moral slippage, and, most importantly, still capable of winning general elections.

The challenge for those of us far away, desperate to support an Israel committed to these values, is to continue to articulate the logic and passion for this Israel we imagine, in spite of and in repudiation of politicians like Mazuz. Our Zionism must demonstrate his to be a fundamental betrayal.