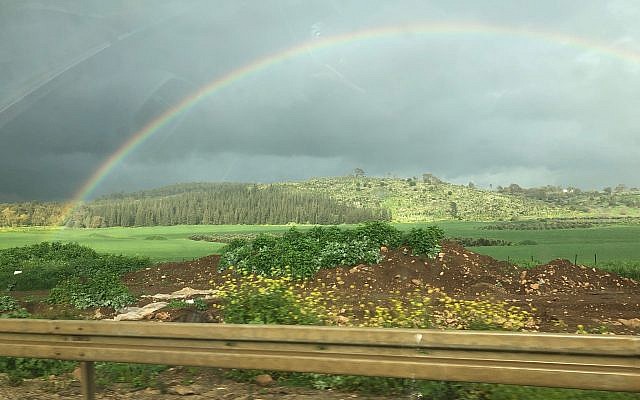 I thought of his words often during a recent visit to Israel with another colleague and dear friend, Holly Brod Farber, my Speakers Bureau co-director at the Jewish Community Relations Council of Minnesota and the Dakotas.

We came to learn, to grapple with complexity. And we came to meet Israelis — as well as Palestinians and others — who are engaged in life-affirming, lifesaving work. Seeing that gripping, human dimension helps us and our volunteer speakers tell Israel’s story to our Minnesota audiences.

When it comes to Israel, we know how easy it is to zoom in on politics. For too many people, the ‘Israel conversation’ revolves around Prime Minister Netanyahu, policies of the current government, or the upcoming elections. It is a limited way to think about a diverse place filled with remarkable people.

Instead, we zoomed out. We encountered people, places, and programs where ‘inspiration’ is all in a day’s work. Here are six examples:

Or you could see the results firsthand, as I was so fortuntate to do, guided by Iris Kamenev, SACH Young Leadership coordinator. The Children’s House is where children and their parents stay before surgery, and afterwards, while the child is recuperating. I heard the happy sounds of children at play in the cheery, light-filled rooms. I saw mothers cooking their own special dishes in the communal kitchen. And then I felt a tug from a toddler who reached up to hold my hand. Yes, a visit to the Children’s House is a gift you give yourself. 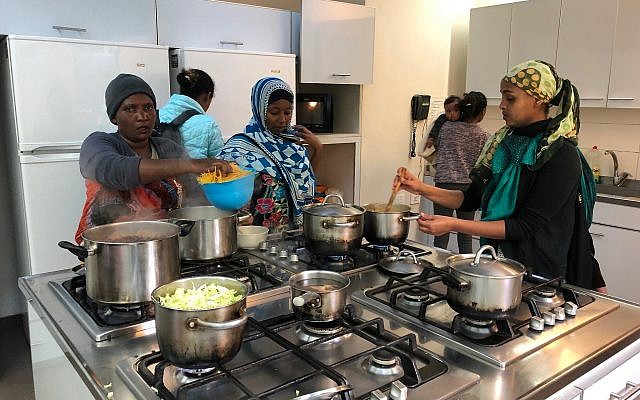 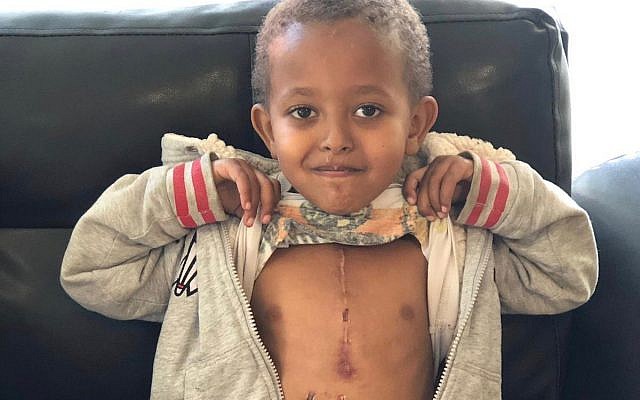 Courtesy: Save A Child’s Heart

2. Kuchinate: Julie Fisher wanted to help Israel’s most vulnerable population: African asylum seeking women living in South Tel Aviv. Many are survivors of human trafficking, torture, and sexual abuse. Kuchinate (crochet in Tigrinya) is a socio-psychological project aimed at empowering these women. Here they design and create crochet products for the home, host crochet lessons, meals, and traditional Ethiopian and Eritrean coffee ceremonies. It’s part of the Consortium for Israel and the Asylum Seekers, an umbrella organization that Julie founded to address the myriad needs of the African asylum-seeking community in Israel.

With Julie as our guide we saw for ourselves that women’s empowerment and human dignity are found in sharing your cultural traditions, crafting something you’re proud to sell, and building a support system to help you cope. 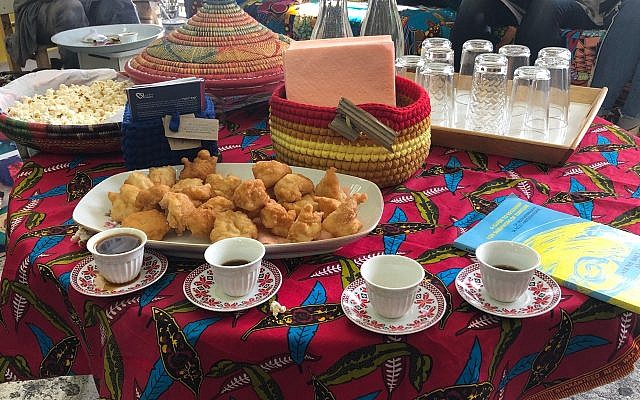 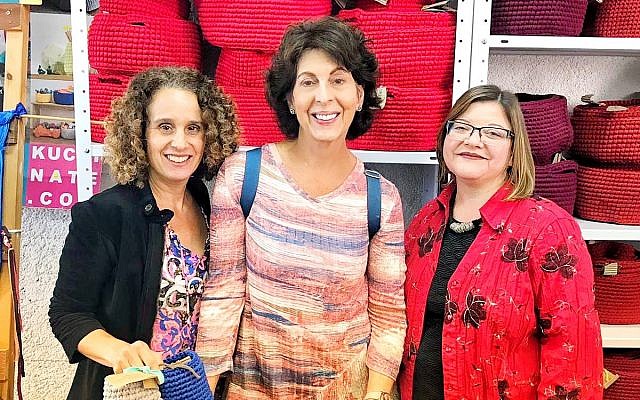 3. IsraAid: If you zoom out far enough you will see the globe dotted with all the sites where IsraAid teams have deployed to help people through extreme crises. So far, this NGO has delivered critical help to 50 countries. Yotam Polizer, IsraAid’s co-CEO, shared with me his belief in IsraAid as both a lifesaver and a bridge builder. It’s not only that Polizer is a remarkable man, an astonishing and gifted visionary. He’s also a leader who attracts remarkable people to work with him.

Such as Molly Bernstein, an Israeli-American, now working at the Tel Aviv headquarters. In 2018, Molly served as head of mission on the island of Lesvos, Greece, during the refugee crisis that brought thousands of Syrians, Afghans, and others to these shores. Fluent in both Arabic and Persian, Molly put her prodigious language skills to use in working with traumatized survivors of war and the perilous journey across the sea. 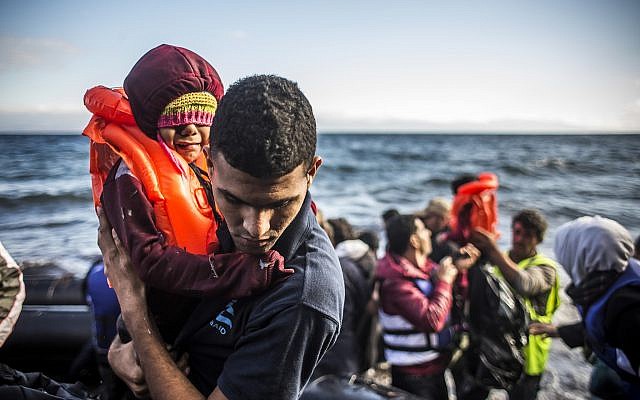 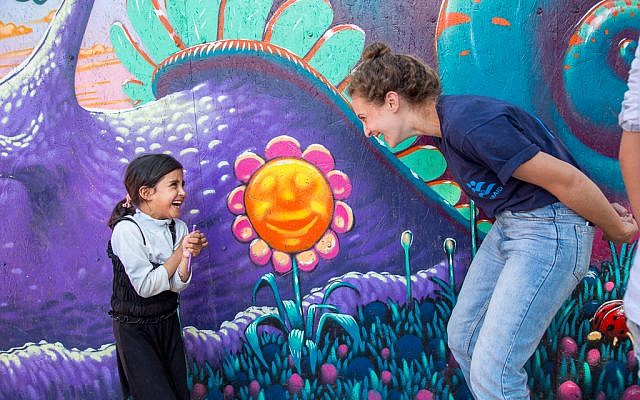 When we met up with Zimmerman in Ariel, he filled us in on a recent Israeli-Palestinian International Economic Forum held in Jerusalem. He buzzed with energy over the work underway to advance joint entrepreneurship between Israeli and Palestinian businessmen in the region. But setting up meetings is complicated. Israelis are prohibited from entering cities in Area A and Area B of the territories. Palestinians can enter Ariel, but only after receiving security clearance, and that takes time. The detail I can’t forget is Zimmerman’s matter-of-fact telling of how Israeli and Palestinian businessmen work around this challenge: sometimes they simply meet at a local gas station.

5. Shorashim (Roots/Judur): In a simple building not far from the Gush Etzion junction something beautiful and sacred is taking place. Residents of the surrounding Palestinian villages and Israeli settlements come together, thanks to Shorashim (Roots/Judur), a network of local Palestinians and Israelis who see each other as partners in building a better future for everyone in the region. A 2014 meeting between students of Rabbi Menachem Froman and members of the Abu Awwad family led to further encounters between Israelis and Palestinians. Eventually a grassroots, long-term project was born, committed to non-violence, trust and partnership.

Rabbi Shaul David Judelman hosted us on a busy, delightful afternoon- the day of the student photo exhibition, the culmination of six weeks of study. Palestinian and Israeli families beamed with pride as each child presented his or her favorite photos. The visiting American photography instructor nearly levitated off the ground from sheer joy. Same goes for us. 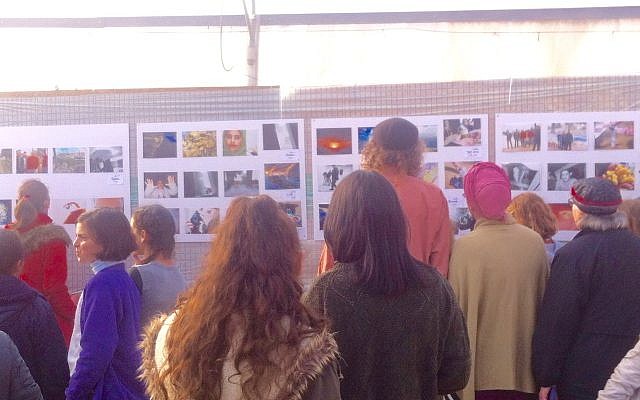 6. The Israel Innovation Fund (TIIF): David Hazony and Adam Bellos of The Israel Innovation Fund (TIIF) believe that individual creativity is the root of Israel’s cultural renaissance. They are exporting Israeli culture through wine, art, and fun. I am smitten with their flagship project: Wine on the Vine. For $18 you can plant a vine in one of nine Israeli wineries. A portion of the $18 pays for the vine and a portion goes to the charity of your choice, from a list that includes Shorashim and Save a Child’s Heart. A beautiful certificate lands in your inbox, which you can order personalized in honor or memory of someone.

This is now my favorite way to mark a milestone occasion or honor the memory of someone who lived a long, full life. Because vines lead to wine, and wine leads to ‘L’Chaim‘- to life! 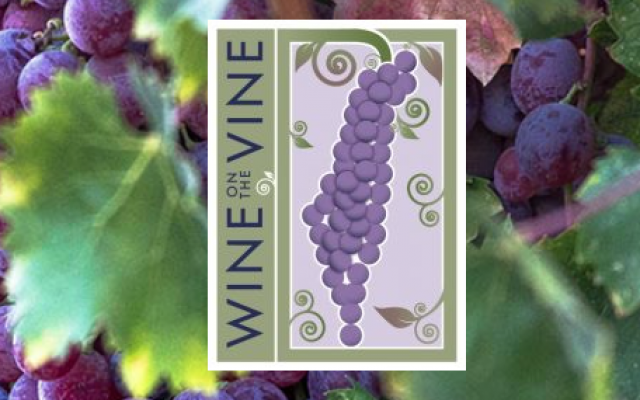 Courtesy: Wine on the Vine

‘L’Chaim‘ — that irrepressible life force links every program and person we encountered.

‘L’Chaim‘ — the sanctity of life and the drive to make it better for others is what we witnessed again and again.

This is where inspiration will be found. It’s something to behold.

Just zoom out and you’ll see it perfectly.

About the Author
Sally Abrams is Director of Judaism and Israel Education at the Jewish Community Relations Council of Minnesota and the Dakotas. She has taught thousands about Israel and/or Judaism in churches, classrooms, civic groups, and Jewish communal settings.
Related Topics
Related Posts
Sally Abrams
Comments