The Blogs
Calev Michael Myers
Apply for a Blog
Advertisement
Please note that the posts on The Blogs are contributed by third parties. The opinions, facts and any media content in them are presented solely by the authors, and neither The Times of Israel nor its partners assume any responsibility for them. Please contact us in case of abuse. In case of abuse,
Report this post.

We would be wise to consider the words of the writer of Ecclesiastes as we view the greatest challenges facing Western civilization in 2016, “when the sentence against an evil deed is not executed quickly, therefore the hearts of the sons of men among them are given fully to do evil” (Eccl. 8:11).

Today, as I write these lines, another horrific genocide is taking place in the Middle East, where Shi’ites, Yazidis and Christians are being abducted, raped and slaughtered by ISIS. The question that should be nagging at our collective conscience is, “where is the United Nations and NATO?” Indeed, they have so far failed to even define the current massacre as “genocide”, a necessary first step in confronting this evil. 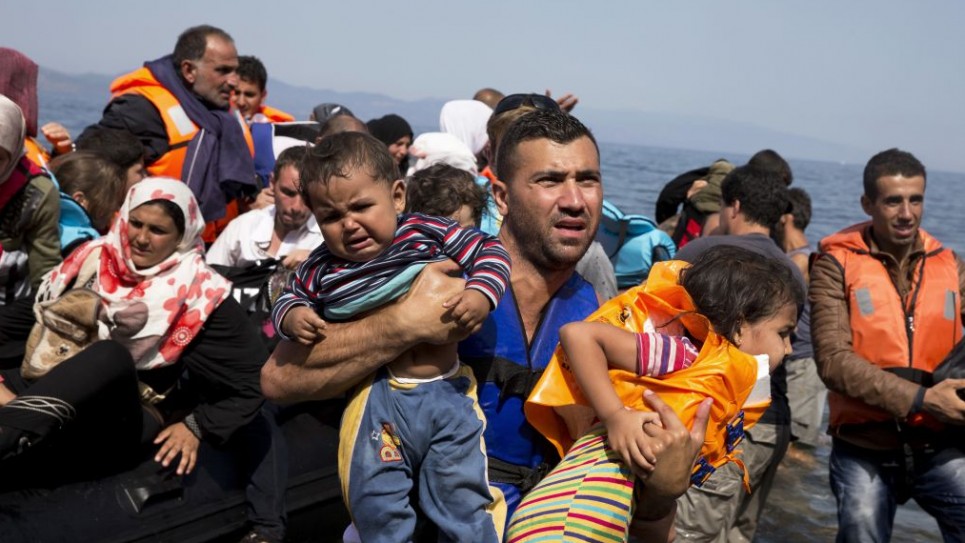 Syrian refugees arrive in Lesbos, Greece, after crossing from Turkey, on September 10, 2015. (AP/Petros Giannakouris, File, via Times of Israel)

Because of the inaction of Western nations, their gates are currently being flooded with hundreds of thousands of Middle Eastern refugees. Over the course of 2016, these hundreds of thousands will become millions. It would behoove our leaders to take note of the fact that when evil is not dealt with, it becomes everyone’s problem. It is interesting to note that virtually none of the refugees fleeing genocide are running into the loving arms of their Islamic dictatorship neighbors. Shariya law has failed terribly to advance the peace, freedom, economic prosperity and general well-being of those living under its jurisdiction. By opening their doors to these impoverished, downtrodden refugees, and sharing with them from the abundance of their resources, American and European democracies are taking the moral highroad.

The main challenge facing these Western governments will be how to import Muslims without importing elements of Shariya law. Red lines will have to be drawn, particularly with regard to women’s rights and the strict criminalization of domestic violence. In order to ensure that these refugees do not end up destroying the very freedoms, which they claim to seek, they must be informed in the clearest terms that not everything embodied in Shariya law will be tolerated in our societies. 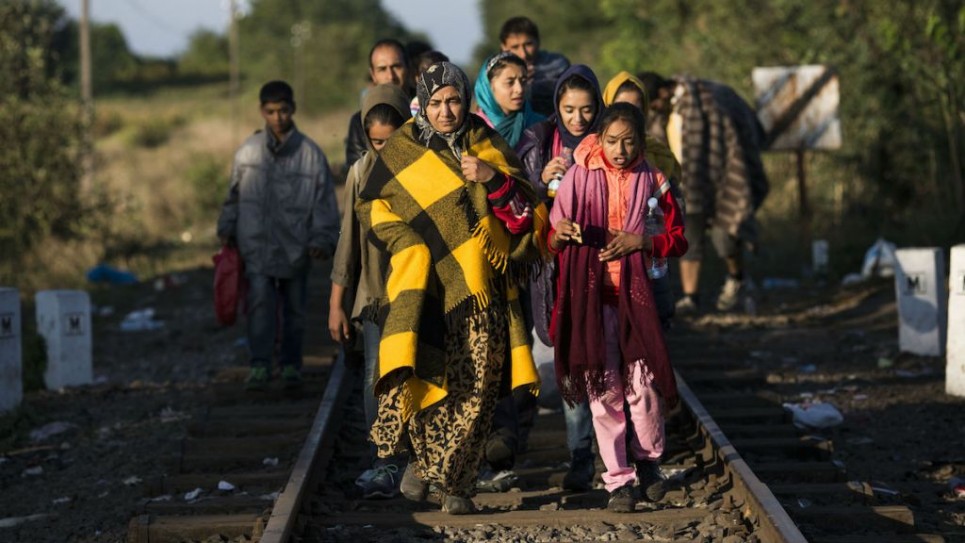 Migrants walking along a motorway near the southern Hungarian village of Roszke, September 7, 2015. (Matt Cardy/Getty Images/via JTA, via Times of Israel)

Opportunistic aggressors will inevitably fill the vacuum created by the inaction of international agencies. Vladimir Putin has not entered the Syrian theatre because of Russia’s sincere concern for human rights. However successful he may be in achieving the immediate goal of neutralizing ISIS, we should not be blind to his longer-term goal of expanding Russia’s footprint in the Middle East. It would appear that Putin honored Netanyahu by notifying him in advance of his intention to enter the fray. Otherwise, it would be difficult to explain Netanyahu’s sudden trip to the Kremlin a few weeks prior to Russia’s first air strikes in Syria. If I were in the American administration, I might be somewhat perturbed by the apparent friendly collaboration between Netanyahu and Putin. However, I think that some American soul-searching would be more appropriate than anger towards Netanyahu. When the leaders of our closest allies in the West turn a cold shoulder to Israel, it makes sense for Israel to look for new friends in the East.

We can only hope and pray that the members of the United Nations Security Council and NATO will learn from the results of their inaction in 2015, and take the initiative in 2016 to define the deeds of ISIS as genocide and deal with them accordingly. The blood of innocent victims cries out from the soil of the Middle East. To borrow from the words of Dietrich Bonhoeffer, “Silence in the face of evil is itself evil: God will not hold us guiltless. Not to speak is to speak. Not to act is to act.”

About the Author
Calev Michael Myers is the President and Executive Chairman of ARISE - Alliance to Reinforce Israel's Security and Economy (ARISE) and the Deputy President of the International Association of Jewish Lawyers and Jurists (IAJLJ). He is also a Senior Partner at Yehuda Raveh & Co. Law Offices (YR&Co.). The opinions expressed in Calev's blogs may not necessarily reflect the opinions of the IAJLJ, ARISE or YR&Co.
Related Topics
Related Posts
Comments