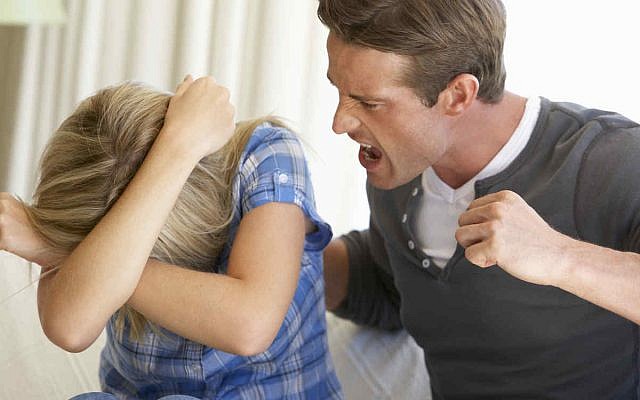 You got to be kidding! A whopping 247 prisoners serving time for domestic abuse and 49 convicted of sex crimes have been early released from prison — this is not a plan — it happened already!

There is always tension between the rights of prisoners (not to abuse them) and the needs of their victims and society (for safety). The High Court of Justice declared overcrowding illegal but the Prison Authority then simply sent almost a 1000 prisoners home, hundreds of them who were convicted and jailed for domestic violence. Don’t blame the High Court. Some (men probably) in the Prison Authority just let them out.

The High Court of Justice ruled more than a year ago that the state should provide more living space for prisoners. It took them a year to decide anything and then they just released them? Did they realize that they were not in jail for nothing? That they were convicted after serious and lengthy trials? That this makes a mockery of the whole justice system? Is that what the Prison Authority wanted to accomplish?

This, after the PM earlier this month declared them terrorists!

And only yesterday, he pushes for a NIS 295 million national plan to save Arab-Israeli women’s lives.

And this is worse than releasing terrorists. Terrorists in Israel just hate all Jews and released would endanger everyone. But these men have shown their hatred towards their partners and/or young ones. How are those going to sleep at night? Not only were random abusers released into the streets. They were once out to get them. It was personal.

Besides those jailed for sexual offenses against minors. Their abuse may have been random. And those child molesters we want back in the streets?

This all reportedly without treatment plan or monitoring of the perpetrators and without support for the victims. I find that criminal.

Sexual and domestic abuse has nothing to do with sexuality or hominess. It is an abuse of power. Most of these men must be power-holics. And there is no other way for them than to see this release as a sign that they beat (pun not intended) the system. This must embolden them, except for those who really already repented – you want to count on that?

A sustained outcry is needed

Only with public pressure (and the media chipping in), thing may happen.

To release them was half criminal negligence. Not to follow up is worse.