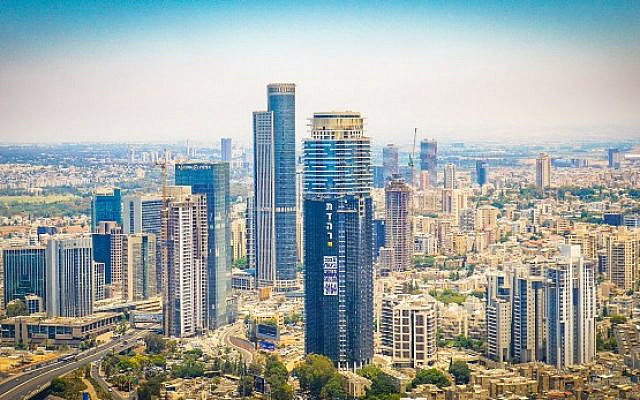 If you’ve a news junkie or are just passively interested in the countries and geography of the Middle East, then Israel is probably best known to you as a land of geopolitical unrest. Or perhaps as the place where Tel Aviv is located and a lot of humus and falafel is eaten.

For those who actually come to make a home here, however, Israel also offers a lot of positive — as well as some limitations. I’ve discussed some of the latter challenges before (did you know Israel is the eighth-most expensive country in the world with the second-highest real estate per square meter?).

Nevertheless, regardless of whether you’re living in Israel because you think it’s your only true home, you’re a diplomat stationed here, or you happen to have been moved here for job reasons, there are also undoubtedly many positives about life in Israel.

Here are some of them.

It’s The (Only) Jewish Homeland

For Jews, this reason tends to trump all the downsides. For non-Jews: if your Jewish friends are staying in Israel despite constantly grumbling about the cost of living, this might be the reason.

It’s the land where Judaism originated and to which a hefty percentage of world Jewry returned after the state’s establishment in 1948.

Nowadays, more Jews live in Israel than in any country in the world, including the US (although, thanks to the long tail of the Jewish diaspora, the majority of Jews continue to live outside the country).

It Has Fantastic (Cheap) Healthcare

Now moving onto factors that apply regardless of your religious affiliation.

Healthcare in Israel is (generally) of high quality and very affordable.

Every citizen is required to be registered to one of four official kupot holim (health maintenance organizations). These provide access to family doctors and other specialists as well as subsidized medicines and diagnostic services.

Israel also makes extensive use of electronic medical records (EMRs). Booking a doctor’s appointment in Israel is as easy as logging into your kupa’s website (or smartphone) app and selecting a convenient time. I can call up my latest blood tests just as easily. And to see a specialist I often only need to wait a few weeks.

How cheap are we talking?

The price of several websites from the Macabbi website. Source: Author.

The Weather Is Great

Tel Aviv and Jerusalem both have an average of more than 3,300 hours of sunshine per year.

Jerusalem has an average of 554mm of rainfall per year. Cork, Ireland, by comparison, has more than double that amount (1,228). 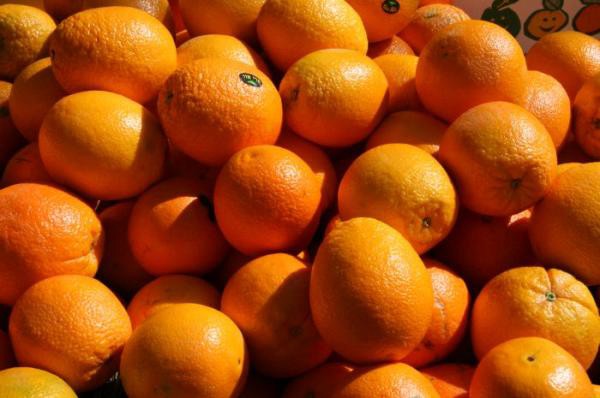 Oranges from Israel: the product of a lot of good sunshine. Photo: Wikipedia.

Everybody Is Very Direct

Don’t get me wrong about this point: Israelis frequently drive me crazy.

One sees this when attempting to purchase goods and services (right now, let’s just say that Israel probably won’t be in the reckoning for any customer service awards); when driving on the roads and contending with the maniacal tendencies of other drivers; and when holding open a door for a group of strangers only to be met with silence in place of a ‘thanks’.

Exceptions apply to all the above, of course, but … dynamic that’s pronounced enough to be noticeable.

Nevertheless, this unique culture also has its upside. Everybody in Israel is extraordinary direct. This is something that those working with Israelis can use to their advantage.

A friend who works in branding recently explained that, in Israel, he would feel comfortable telling a client that a Powerpoint could be skipped and he could summarize his advice in a few sentences. An American client, by contrast, might insist on receiving a deliverable even if it weren’t actually useful to achieving the project outcome.

Israel is heavy on startups where hierarchies tend to be flat and lines of communication direct. If you like straight-talking in-your-face cultures, then you’re probably going to enjoy interacting with Israelis.

Israel’s diminutive size is as much an advantage as it is a drawback.

Just how small are we talking?

If you want to measure Israel by comparison to your preferred point of reference, then check out TheTrueSize.com. 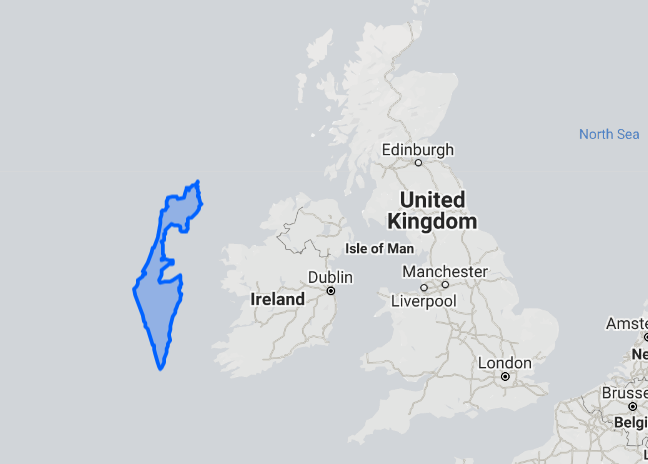 If Israel were an island to the west of Ireland it would look like this (to scale). Screenshot: TheTrueSize.com.

The advantages of Israel being tiny:

Despite Israel being tiny geographically (and topographically ) it’s an extraordinarily diverse place: drive ten minutes outside Jerusalem’s packed neighborhoods towards the Dead Sea and you’re surrounded by desert and camels.

The Golan — remarkably sparsely inhabited compared to the rest of the country — contains lush green pastures that remind (in places and in seasons) of Northern Europe. Tel Aviv and the merkaz is the country’s bustling center. There’s a lot on show — in a very small space.

Israel’s also a good regional base to do some travelling from. You can travel into Taba, Egypt by crossing a land border with Eilat. Jordan is accessible through several land crossings. Turkey, Greece, Italy, and Cyprus are all close by. The Open Skies Agreement means that Ben Gurion Airport is now on the map. Ryanair even flies to Israel now!

The Food Is Excellent

As a meeting and melting pot of many different Jewish diaspora cultures, Israel is home to a remarkable milieu of world cuisines.

There’s of course plenty of hummus on offer. But I must confess that I think hummus is wildly overrated. 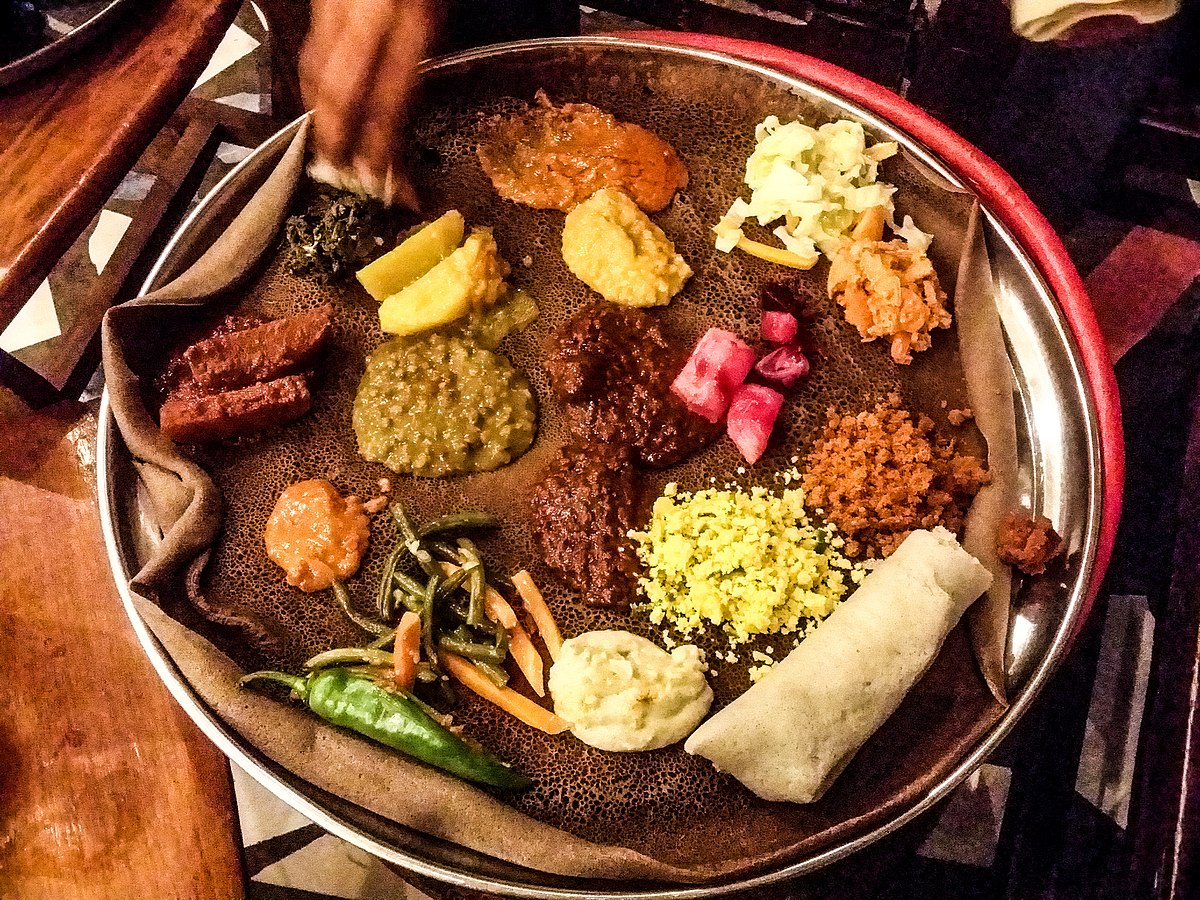 Much more exciting than humus is Ethiopian food. Thanks to the influx of Jewry from this part of Africa one doesn’t have to travel that far in Israel to dig into some injera and misir wot.

Other excellent delicacies that can be found in abundance in Israel:

Israel Can Be A Great Place To Live

Despite the sky-high cost of living, the country’s precarious geopolitics, and the now annual tradition of holding elections, Israel is, in many respects, a country that offers its citizens a high quality of life.

There’s lots more to say. But the best thing to do is to come to see things for yourself