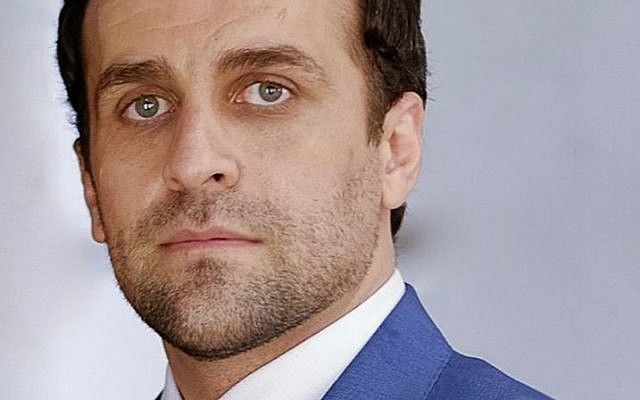 Iran has caught fire and from the sheer courage displayed by tens of thousands of Iranians throughout the country as they face IRGC troops, it is rather evident their resolve shall not be tamed by the sounds of cannons.

Images of unveiled women facing the guns of the regime have invaded social media, speaking to the world a reality we have for far too long chosen to ignore for fear of labels. Unburdened by fear, the women of Iran have risen against the very system that has denied them the courtesy of their very voice.

Disappeared, unspoken, shackled by antiquated rules conjured up by the minds of bigoted mullahs for whom the feminine poses an inherent threat to morality, the women of Iran have let out a roar so powerful that set the country on fire, mobilising thousands across the country – cutting through all faiths, ethnicities and political affiliations. And though we have grown accustomed to random displays of popular anger, such is the nature of a life spent under a brutal dictatorship, never before have Iranians displayed such unbounded courage or more stealthy determination to tear down the walls of the Islamic Republic.

It is rage and not anger which is leading the charge today. Incensed by the death of young Mahsa Amini, a Kurdish woman battered to death over a few locks of loose hair, Iranians have vowed to see their revolution through, regardless of the cost, beyond all manners of sacrifice, with or without the support of the international community.

In light of the danger the Islamic Republic poses to our democracies, our capitals, our security and that of our children we may want to pose before the determination of the very people we seem to have abandoned to the terrible hands of the regime. If we consider the horrors Tehran has sanctioned, backed and funded over the decades – notwithstanding its furnishing in weapons, training and ideological indoctrination of countless terror outfits, our governments’ silence beggars belief. Iran stands today on the very edge of a knife, which knife has been held over all of our throats.

As the story goes, should we waver but a little, we shall fail and condemn our skies to be bloated by the terror of a regime whose hands have bathed in blood since its inception.

Today, Iran has thrown its weight behind a movement it is daring to believe final against the ayatollahs, the one revolution to end that which was stolen from them all those decades ago.

As we argue over the longevity of Iran’s budding revolution, countless men and women are fighting for their lives, waiting for the world to honour their stand – if only we could see that their war is ours and that their victory will spell ours as well.

With the fall of the Islamic Republic it is the tentacular network of Iran’s Axis of Resistance and its Terror-backed NGO network Iranians will demolish – sparing us the task of a fight we may not be equipped to win.

Amir Fakhravar, a prominent leader of the Opposition and Chairman of the National Iranian Congress (NIC) spoke to Jason Greenblatt this Friday on his podcast the Diplomat describing at length the dangers faced by protesters and the nature of Iran’s fight against Khamenei’s theocracy. Today it is the world he wishes to address through this column in the Times of Israel.

It is because Amir wishes to pay tribute to the history of his people and ours that he elected this media platform – testament of his friendship and belief in the State of Israel.

“For years I have watched in exile as my country is being disappeared to the folly of Islamic radicalism and unfettered bigotry. I’ve stood on countless podiums before multiple audiences throughout the world to relay the misery of Iranians so that the suffering which was once mine could be translated to the international community and actions taken. I have toiled and battled so that Iran would one day breathe free – free from the madness of theocracy, free from the oppression of tyrants whose hatred for a world they abhor is encapsulating in their vicious cries for genocide. ‘Death to Israel, Death to America’! Time and time again I have urged world capitals to heed my warning as I described the ferocity of the regime’s men and the danger they pose to all democracies, and all communities.

Today Iran is running out of time and out of space. My people are falling to the regime’s bullets … tomorrow it may be yours. Today women are being fired upon for reclaiming the freedom clerics stole from them some 40 years ago. Tomorrow their armies may try to tear down your institutions and claim your freedom!

Iranians stand alone without any support. No governments as yet have spoken in denunciation of President Raisi or Ali Khamenei – at least not in any meaningful, tangible way. Politicians have already chosen appeasement, preferring to cater to Tehran’s whims rather than throw their weight behind the only true legitimate power – the people.

My people have spoken, will you deny them help at their most dire hour of need? A nation is crying freedom will you not hear?

If Ukraine was given the courtesy of its resistance against Russia, will you refuse us aid when we face a greater threat still, one which could, if left unchecked and unchallenged, set its sight on your countries so they could be reformed to the ayatollahs’ ideology?

I am calling today in no uncertain terms for nations across the world to stand with Iranians and extend their hands in friendship and in support.

We fight so that the region will not see another decade of Terror and descent into further radicalisation.

We fight so that Iran could resume the long friendship it has held with the State of Israel and peace restored to our people.

We fight so that the voices which have fed Terror’s armies will forever be silenced and the region transformed.

We call on all western capitals to expel the regime’s ambassadors and recognise the legitimacy of our revolution against the crimes of the regime.

The National Iranian Congress has already drafted a new constitution which will guarantee that the transition of power will usher a secular democracy in line with the people’s wishes.

What we need now is for the world to give us the space and platform we desperately need, and more importantly deserve to make Iran’s dream of freedom a reality.

Will you stand with us?”